With a $30 million investment in a legendary surf destination on Sumba, billionaire Chris Burch is making a splash with Nihiwatu 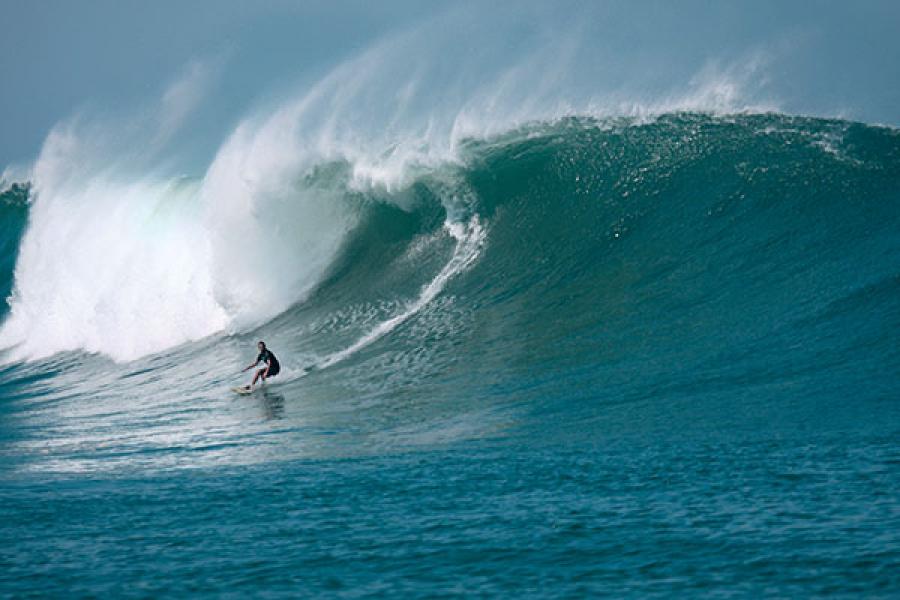 Renowned for one of the best left-handed breaks in the world, the island of Sumba now has a luxurious resort worthy of its waves. And there are other adventures on land at Nihiwatu—including an equestrian programme

It’s like Bali 30 years ago, maybe 100,” said my seatmate on the Garuda ATR as we circled Sumba, a green, hilly island twice the size and 250 miles southeast of its more famous neighbour. For years surfers were the only ones journeying here to test themselves on its famous left-breaking, 20-foot waves at the island’s one resort, Nihiwatu (nihiwatu.com), on the southwest coast. But ever since fashion billionaire Chris Burch bought the property in 2012 and began a major upgrade—a $30 million investment whose first results were unveiled this spring—it’s been attracting upscale travelers from all over the world, even those with no dreams of becoming a big kahuna.

As Burch explains it, he had heard about the island during his frequent visits to Bali over the years but was drawn in three years ago when he learned that Claude and Petra Graves, the surfers who founded the resort in the 1980s, were looking for outside investors. He sent a friend, hotelier James McBride, to take a look—the report that came back from the South Africa-born McBride was positive but perplexed. 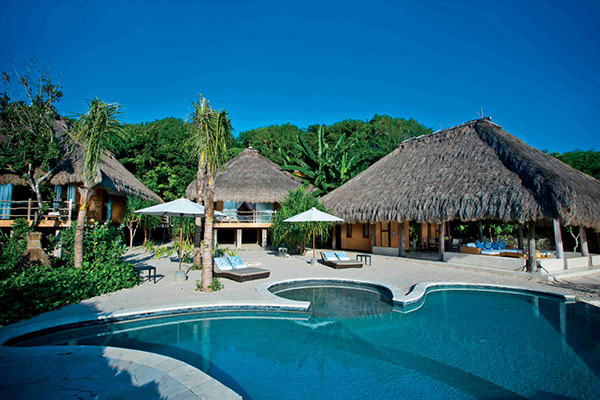 “I felt an immediate affinity with it,” he says. “It felt like Africa”—no doubt from the tribal cultures and simple villages that exist as they have for centuries. (Thankfully, head-hunting did stop about 50 years ago.) The main mile-and-a-half-long, pristine beach, the lush vegetation and the privacy all impressed McBride. “But I didn’t know what you would do with it,” he says. “It’s in the middle of no- where, 28 hours from New York.”
A few weeks later he returned with Burch. This time it was Burch who was similarly impressed but confused. “I really didn’t get it at first,” he says. “The island is one of the most backward places in the world. But it is just so beautiful.” After going a second time and taking his three sons, all surfers, he decided to buy the resort.

To bring it up to an elite level, Burch brought in McBride as a partner; the two met when McBride was general manager of New York’s Carlyle hotel, Burch’s residence during his divorce from designer Tory Burch. They started buying land—holdings now total 700 acres, with more acquisitions occurring every month. And they began building: 21 spacious villas (starting at $900 per night, all inclusive, early next year) with 12 more to come, including Burch’s five-bedroom house, to be completed in spring and available to rent when he isn’t there. There will also be duplex tree houses, all composed of Sumbanese teak and Javanese black volcanic rock with private pools and terraces overlooking the ocean. A new restaurant and boathouse were built, and a hilltop yoga pavilion, and other buildings soon followed. “Every time he comes here, Chris wants to build something else,” says McBride. 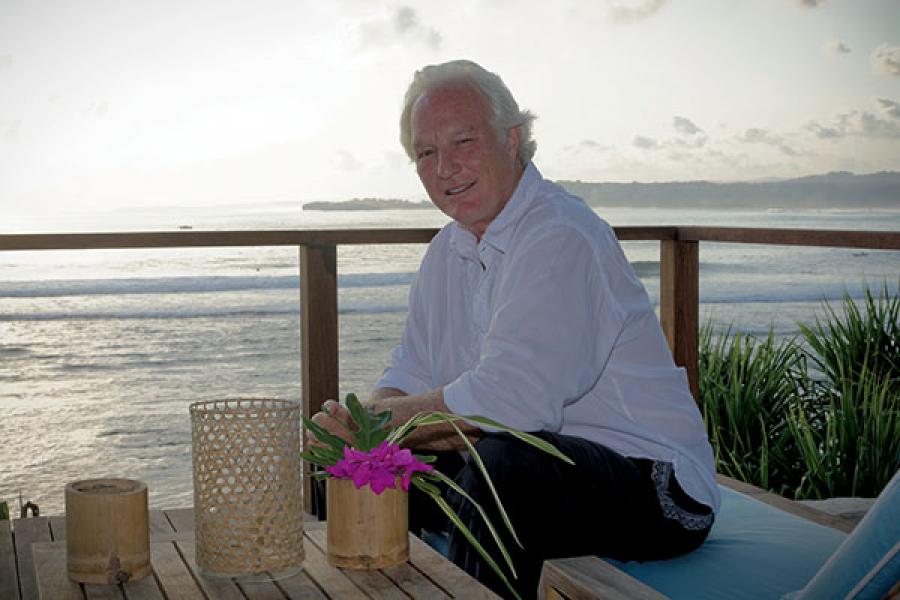 Guest test: Burch views Nihiwatu as a model for new hotels
Along with the new restaurant came a new chef, Bernard Prim, a veteran of the Aman resorts, who does clean, ﬂavourful dishes appropriate to the location, such as Balinese braised pork ribs and a grilled mahimahi over green papaya salad with chili lime dressing.

Activities have been elevated to take advantage of Sumba’s natural wonders while also injecting an element of surprise. One, a hike to Nihi Oka, goes through a lush rain forest and rice paddies, winding up in a tree house overlooking a private beach where cooks serve breakfast. Afterward you’re led to a platform that overlooks the fields and where massage therapists rub your feet. Another, when the river is high enough, takes guests on stand-up paddle-board trips ﬂoating past the island’s villages.

Beyond the excursions and renovations, the heart of Nihiwatu is its 300-person staﬀ, 98 percent of whom are locals who are exceedingly warm and welcoming, surprising for an island known historically for its warriors. Butlers hover when they’re needed (and give you distance when they’re not) and anticipate requests with precision. By next year each room will have its own butler; the supply of attendants is likely to increase from the daily English lessons offered to the staff. 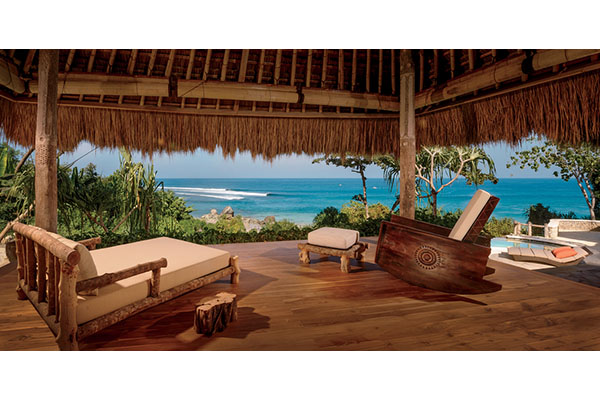 As the largest employer on Sumba, Nihiwatu obviously has had an impact on island life, but the contribution goes even deeper. Burch and McBride are diverting all profits to the Sumba Foundation, with its mission of eradicating malaria on the island, bringing clean water to the residents and improving education. “I’m not making any money on this,” Burch explains. “It’s all going back into the community.” (But that isn’t to say Nihiwatu won’t lead to any financial gains, since Burch and McBride are watching the value of their land go up. They’re also considering using Nihiwatu as the model for a new hotel brand.)

But Burch sounds entirely convincing when he says that his real reason for doing this has nothing to do with money. “This is 1,000 times more satisfying than accomplishing other things, when you see the pleasure in your guests,” he says. “Plus, this is a great place to be alone with my children… that’s why I did it. It really makes me happy. And now we can share it with other people.”