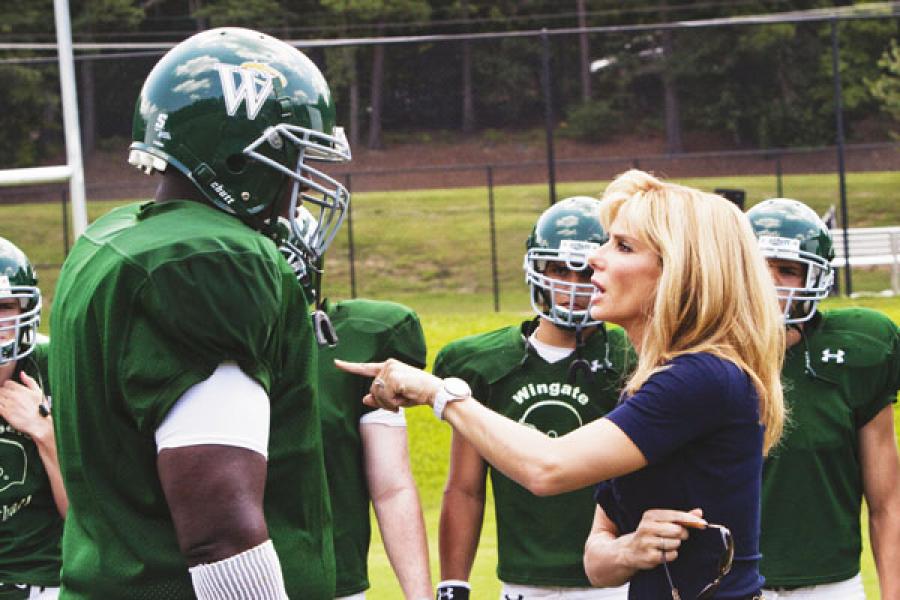 Image: Warner Bros. Picture
This is Her Time, Sandra Bullock in 'The Blind Side'

Best Actor
With a Golden Globe and an SAG Award win behind him, Jeff Bridges is a shoo-in for his performance as an ageing alcoholic country singer in Crazy Heart. Nominated five times so far, he is the front-runner in a category packed with credible names. In the very remote chance that he doesn’t win, it’s George Clooney who might get lucky for his turn in Up In The Air.

Best Actress
It’s Sandra Bullock’s year, and she will win. Shame it’s not for a worthy enough performance. As a Memphis mother who takes in a homeless boy and pushes him to excel at professional football in The Blind Side, she hit all the right notes, but the film (inspired by a real-life story), and the performance itself, is schmaltzy and over-sentimental. Meryl Streep, with her 16th nomination, for Julie & Julia, is a worthy contender, but given a choice, I would pick Carey Mulligan for An Education or Gabourey Sidibe for Precious; both were stronger acting jobs. No point indulging in this guessing game, it’s going to be Sandra Bullock all the way.

Best Director
It’s between James Cameron for Avatar and Kathryn Bigelow for The Hurt Locker. That’s it. Tarantino, Reitman, Daniels, you can go home now, you don’t stand a chance. I’d have predicted Cameron would be ‘king of the world’ once again, but following her Directors Guild Award and the fact that it looks very unlikely The Hurt Locker will take Best Picture, I won’t be surprised if the Academy decides to honour Bigelow with this consolation prize so their conscience is clear when Cameron takes Best Picture for Avatar.
Best Picture
It’s David vs Goliath in the Avatar vs The Hurt Locker race. While Avatar is undeniably the picture of the year, I’d pick The Hurt Locker as Best Picture. Unfortunately we all know the best film doesn’t always win. Backed by a major studio, propelled by the millions of dollars the film has made, and helmed by an Academy-favourite director; I’m putting my money on Avatar.