Separated at rebirth: Rolls-Royce and Bentley are enjoying a renaissance

But the iconic British automakers have travelled two different roads 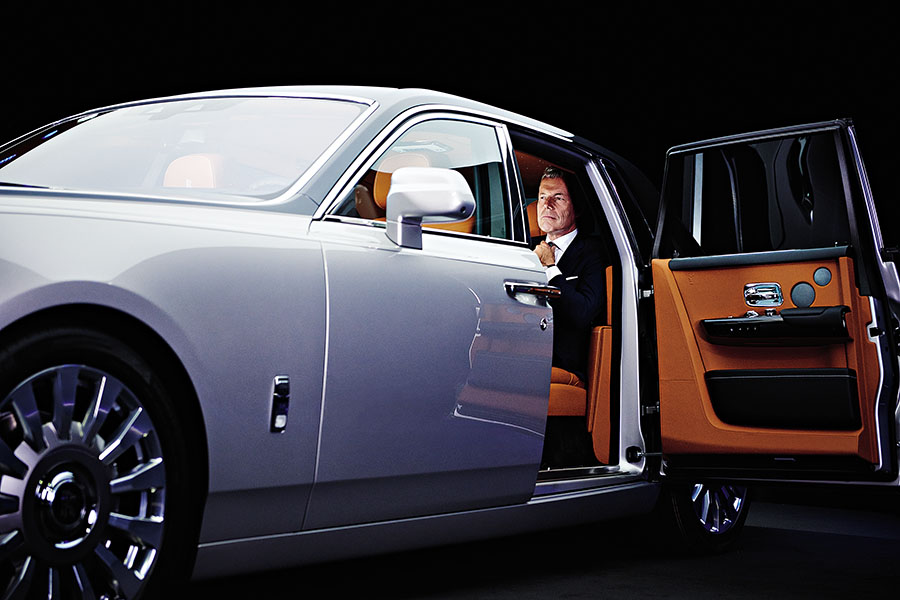 
There’s a certain charm to the idea of a storied British luxury carmaker, down on its luck, roaring back to life under new ownership with a fresh lineup of classic-yet-modern vehicles. When it happens to two of them, it’s uncanny.

So it is with Rolls-Royce Motor Cars and Bentley Motors, two illustrious brands cosmically linked for decades, now both savouring remarkable comebacks, independent of one another.

There was a time in the 1960s, during the nearly 70-year stretch that Rolls owned Bentley, that the brands were virtually identical, save for their distinctive hood ornaments. But today, Rolls-Royce, now owned by BMW, and Bentley, a unit of Volkswagen AG, have found separate paths to success. Their 1998 divorce was a tad messy, but both companies are much better off today.

Rolls-Royce has also been on a roll. In 2014, the company recorded its best sales year in its ­century-plus history—4,063 vehicles—luring new, younger buyers with bold Black Badge versions of models such as the Ghost, Wraith and Dawn. Sales fell to 3,362 in 2017, mostly because Rolls-Royce temporarily stopped producing its flagship Phantom.

Fanning this synchronicity, both brands are launching redesigned versions of the cars that started this renaissance 15 years ago. For Rolls-Royce, it’s the 2018 Phantom VIII, the stately sedan that is the epitome of bespoke luxury. For Bentley, it’s the redesigned Continental GT, a refined Grand Tourer delivering a combination of performance and luxury.

New Rolls-Royce Phantoms don’t come along very often: The 2018 model is only the eighth edition since the Phantom was introduced in 1925. Men as diverse as Fred Astaire and John Lennon owned Phantoms throughout its history. As with all Phantoms, the newest edition was designed for the rear passenger. When the coach doors gently close, you are embraced in a plush, silent sanctuary, soothed by a starlight canopy that can be customised to reflect your birth constellation.

Up front, the Phantom’s dashboard can be transformed into a rolling art gallery, where owners can display works behind a single piece of glass that also houses the instrument cluster and a retractable infotainment screen.

The Phantom floats along on an electrically controlled suspension, called Magic Carpet Ride. And a new twin-turbocharged, 12-cylinder engine delivers 0 to 60 mph in 5.1 seconds.

Meanwhile, Bentley’s new Continental GT, likely to start at around $240,000, was designed for a driver who loves performance. Its twin-turbo, 12-cylinder engine powers the car to a top speed of 207 mph and goes from 0 to 60 mph in a dazzling 3.6 seconds.

But here is the proverbial fork in the road: While Bentley plans to accelerate growth by leveraging the engineering might of Volkswagen, including new electrified power trains, Rolls-Royce shares little with BMW. Instead, it has developed its own, scalable platform, which underpins the Phantom and future models, including Project Cullinan, its first four-wheel-drive utility vehicle, due to be revealed later this year.

Bentley’s ambition is to grow sales to 20,000 vehicles a year, while Rolls-Royce aims to stay more exclusive, at fewer than 6,000.

At prices frequently north of $400,000, Rolls-Royce can afford to thumb its nose at the notion of sharing platforms with a “mass-market” brand. Bentley, by contrast, occupies a unique middle ground between the highest-priced Mercedes-Benzes and the cheapest Rolls-Royce models. It’s done a good job of creating sex appeal, says Rebecca Lindland, a senior analyst at Cox Automotive, “but the reality is these brands have to make money”.

With the average price of a Bentley around $250,000, you’d expect the company to be raking in profits. But its operating margin through September 2017 sank to 2.5 percent. So modifying a Porsche platform could help Bentley keep costs down and boost margins, as long as it doesn’t sacrifice its brand DNA, notes LMC Automotive analyst Jeff Schuster. “Leveraging Porsche isn’t exactly slumming it in terms of technology and capability.”

The reality is both automakers have found viable business models. “If I compare the cars and drive them, they are different,” says Wolfgang Dürheimer, the recently retired CEO at Bentley. “Rolls-Royce is ultimate luxury. We are luxury and performance.”

And Rolls-Royce doesn’t disagree. “We are ­operating in a completely different price segment than Bentley,” says CEO Torsten Müller-Ötvös.

Of course, in this rarefied air, it’s not about price anyway. “Our clients have garages like we have wardrobes,” Müller-Ötvös reasons. “For every occasion there is the right car.”