With a rich racing history and classic design, the Ford GT has been steadily increasing in value—and a new model is on track for 2017 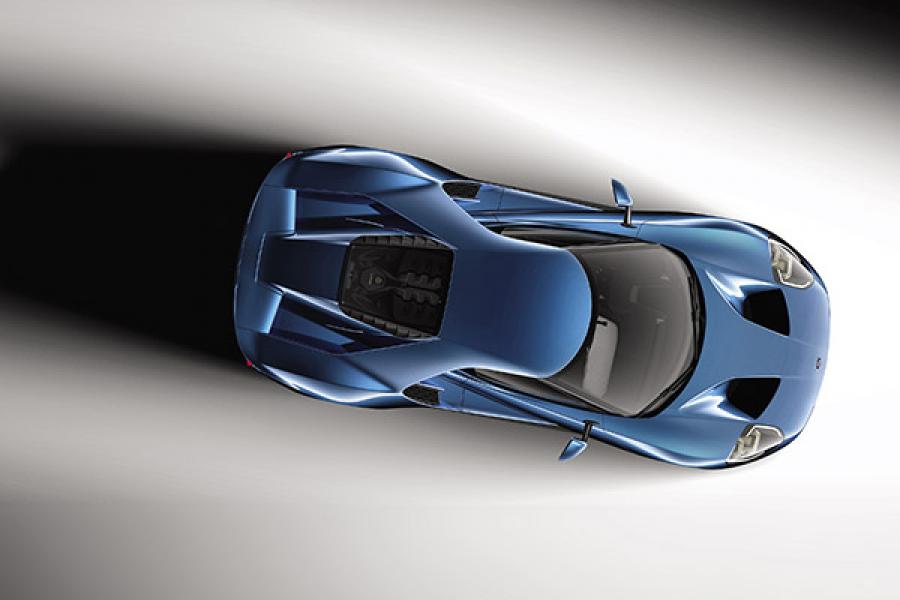 Bill Nelson wasn’t looking for an investment, just a thrill. So, nine years ago, the then-64-year-old retired engineer from Asbury, New Jersey, went to his local Ford dealer and put down $160,000 to buy the fastest and most expensive production car the company had ever built, the Ford GT.

“I’m a lifelong Ford guy,” he explains. “When I saw that car, I absolutely had to have one.”

Owning America’s first supercar has given Nelson more than his share of adrenalised drives on New Jersey’s back roads. And one day it will potentially deliver an impressive return on his money.

Earlier this year, another Ford GT—one bearing an early VIN of 003—brought an astonishing $605,000 at Barrett-Jackson’s Scottsdale Auction. And lesser GTs routinely change hands for more than double their original sticker price. In fact, the GT is the only American production car built this millennium that’s an appreciating classic rather than an expensive, used fast car.

It’s not just 200mph top speeds but also escalating prices that separate true super cars—such as the Ferrari F40, the Porsche Carrera GT and the McLaren F1—from run-of-the-mill exotics, and the Ford GT has earned its membership in this exclusive club.

Buyers like Nelson aren’t so much purchasing 3,400 pounds of superplastic aluminum as they are the story behind it. The GT is the successor to one of the greatest racing cars of all time, the Le Mans-winning GT40s of the late 1960s.

The GT40 project was launched by Henry Ford II, who felt betrayed after Enzo Ferrari backed out of a deal to sell him his company. Beating the Ferraris at their own game, the GT40s competed during the sport’s Golden Age, when race-winning cars could actually be driven on the street. But there were only 31 street-legal GT40s back then, and they’ve since become all-but-unobtainable rarities, with multimillion-dollar price tags.

The second-generation GT carried a different sort of mandate from CEO Bill Ford: A halo car that would commemorate the company’s centennial in 2003. And, of course, help sell Mustangs in the process. Engineering manager Fred Goodnow was charged with producing three production-ready cars—red, white and blue—in a mere 15 months.

The first prototype (code name Petunia) was striking but too generic. “People thought it was the new Acura,” Goodnow recalls. After that disappointing feedback, a visiting Ford executive pointed to the original GT40 sitting in Ford’s design studio and provided the lightbulb moment. “It’s got to look like that.”

Which created its own set of challenges. “If you screw it up, everyone in the world is going to be upset with you,” explains the GT’s chief designer, Camilo Pardo.

But the gamble paid off a couple of years later with a fresh-but-familiar shape that landed the muscular GT on every car geek’s want list, including early adopters Jay Leno and Top Gear’s then-host Jeremy Clarkson. “They just really captured the essence of the original,” says Peter Klutt of Canada’s Legendary Motorcar Co, who has sold dozens of GTs and owns an original GT40 road car. “And that’s a big deal.” 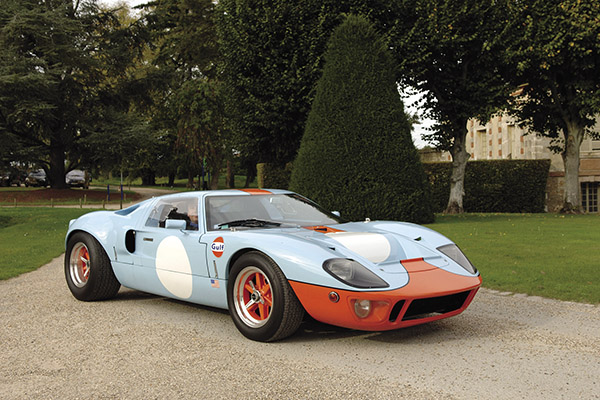 Image: Hubert Fanthomme / Paris Match Via Getty Images
Le Mans legend: A 1968 Ford GT40 like this one was auctioned for $11 million in 2012

Pure sex appeal is one factor in the GT’s unexpected success, but so is simple supply and demand. Ford built only 4,038 second-generation GTs, a production run big enough for a cult following but small enough to avoid a market glut. “It’s not super-rare, but it’s significant and cool,” says Klutt. “Just like a [Mercedes] Gullwing 300SL, every major collection has one.”

Earlier this year, at the Detroit Auto Show, Ford appeared to have captured that lightning-in-a-chassis again with a third-generation 2017 GT. The company is considering racing at Le Mans on the 50th anniversary of the GT40’s first win there, and Ford will also produce 250 street versions at a list price of around $400,000. Designed to compete with six-figure dream cars like the McLaren P1, La Ferrari, Porsche 918 and Bugatti Veyron, the V-6 powered third-gen GTs will likely be snapped up in an instant.

“The newer car is less true to the original,” says Klutt. “But the market will say if it’s a great collectible or not.”

Barrett-Jackson CEO Craig Jackson, a GT owner himself, believes that the massive excitement around the new GT, which will be released late next year, will continue to boost prices for second-gen cars as they cross the auction block: “I think the anticipation of the next-generation car coming out at three times the sticker price is a big factor.”

How high can the market for 2005-06 GTs go? “Even at the prices they’re commanding today, the bang for the buck is fantastic,” argues Carini. “I wouldn’t say that a million dollars is out of the question in 15-20 years.”

Will that impressive run-up encourage Bill Nelson to flip his red GT for a six-figure profit? Probably not. “It’s there, but I’m not tempted,” he laughs. “What would I drive?”