To Feed a Billion Mouths 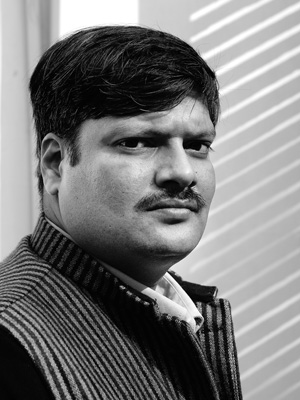 
Can we feed a billion? If this is just a matter of whether we have enough food grains in the country to feed our population then the answer is an emphatic ‘yes’. But if the issue is whether we can ensure that everybody has access to enough food grains as is required to keep them above malnutrition levels, the answer is ‘no’. The ‘no’ at this point of time is based on the current version of the National Food Security Bill (NFSB) that has been placed in the Parliament.

But just to put the record straight, food grain production has never been a problem as far as food security is concerned.

There are many estimates of food grain demand in the country by national as well as international institutions ranging from 212 million tonnes to 235 million tonnes. The current production at 240 million tonnes in the current year is above all of them. In fact, this has been the situation for the last two decades with India turning into net exporter of food grains by the late 1990s.

While this may suggest a rather comfortable situation by current demand, it is also clear that this may turn into the biggest stumbling block if agricultural production does not keep pace with the growth rate of population. This happened for some years in the beginning of the last decade, but has now recovered. But even with the revival, we produce less than half of what China produces for roughly the same population.

However, these numbers may only be of some comfort unless we make our agriculture sustainable to keep pace with the growing demand for food. That will require reviving the agrarian sector which may be staring at a crisis. And herein lies the problem as well as the solution. There is widespread consensus that the revival of the agrarian sector is key to economic growth as well as food security.

But for all practical purposes, the revival of agriculture has meant increasing production with no mention of improving the condition of the Indian farmer who happens to be the backbone of this revival. Unfortunately, this is consistent with our obsession about output growth ignoring the people who produce these outputs.

Agriculture today may contribute less than 15 percent of national GDP, but it still employs two-thirds of rural workers and more than half of all workers in the country. It is this livelihood issue which misses out from most of the discussions on agrarian revival. But the livelihood issue is key to not only agricultural production, but also to what happens to incomes to the bottom half of the population. It is well known that majority of the poor are either cultivators or worse, agricultural labourers dependent on agriculture, but with no other means of sustenance.

It is here that one has to start looking at Indian agriculture not as a means of producing food and other raw material for industry, but also as an integral component of the Indian population which has remained outside the growth spurt seen in the last decade.

While agricultural growth has picked up in the last seven years, the reality is also that farm business income of farmers has started declining. That is, the farmer is suffering even when farming is shining. The decline which has started in the last two years does not show any signs of reversing the course. This has not happened because our productivity has gone down, but has happened because fertiliser prices have gone up, labour costs have gone up, agricultural credit is stagnant and above all, the terms of trade have started moving against agricultural products. 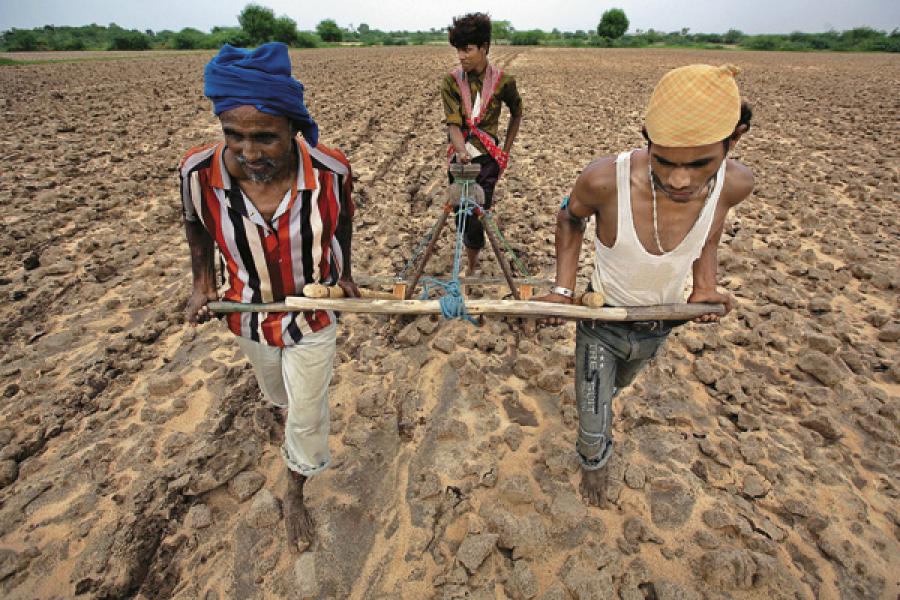 Image: Amit Dave/Reuters
HARSH REALITY Farmers plough a field before sowing cotton seeds in a village in Gujarat. While agricultural growth has picked up in the last seven years, the reality is also that farm business income has started declining
With little breakthrough in terms of technology, chances of production increases are bleak. Nor is the external environment of any help with prices of agricultural commodities expected to remain low because of conditions in the developed countries. But even in our own country, the deceleration in growth rates and the increasing fiscal deficit implies stagnation in demand of agricultural commodities and reduction in subsidies.

Not so long ago, the story of farmers’ suicides was all over the media. But just when it looked like we have gone past this sad episode, stories of farmers’ suicides have again started pouring in and this time from hitherto agriculturally advanced states such as West Bengal. But how can we expect the farmer to produce and feed the country when he himself/herself is staring at debt and losses?

However, the plight of the Indian farmer has received less attention than agriculture as the source of food and raw material. But herein lies the catch. Most of the working class dependent on agriculture, including agricultural labourers and marginal cultivators, are also net consumers of food. How can we ensure that those who produce food also consume the food that they produce?

Raising incomes through state support is the only way out. The largest subsidies are delivered to farmers in the most developed nations. By all means, the Indian farmer is the least protected. But here we have taken away whatever subsidies they had on fertilisers, distorted the market for fertilisers and energy prices, and are now staring at the proposal of increase in diesel prices which is imminent any day.

The saving grace is the system of Minimum Support Prices which remains the only effective subsidy. But even this is available for only two crops—rice and wheat. Why is it that we are self-sufficient in rice and wheat, but are net importers of almost all other major food crops such as pulses and oilseeds? Partly because these crops do not enjoy even this minimum support from the government. But even this measure of support may be in danger if we move to cash transfers instead of actual delivery of food grains through the public distribution system (PDS).

The present NFSB may have many flaws including the fact that it still relies on the leaky TPDS (targeted public distribution system) rather than an efficient universal PDS as has been shown by many states. But the real failure is that it is silent on committing anything on improving the well-being of the farmer. The limited provisions have been put merely as enabling provisions rather than integral component of the Act itself.

The real success of the food bill should not be measured in terms of how much food grain is delivered through the public distribution system. The food bill will be a success when there is nobody demanding food at cheap subsidised prices through the fair price shops. But that will only happen when the livelihood of the farmers and agricultural labourers, which constitute bulk of the poor, increases to the extent that they do not need subsidised food. Either way, the only way out is to revive agriculture, but more importantly, revive the fortunes of those whose livelihood depends on it.

Tweets by @forbesindia
The Battle For U.P.
The Mind of the Indian Foodie