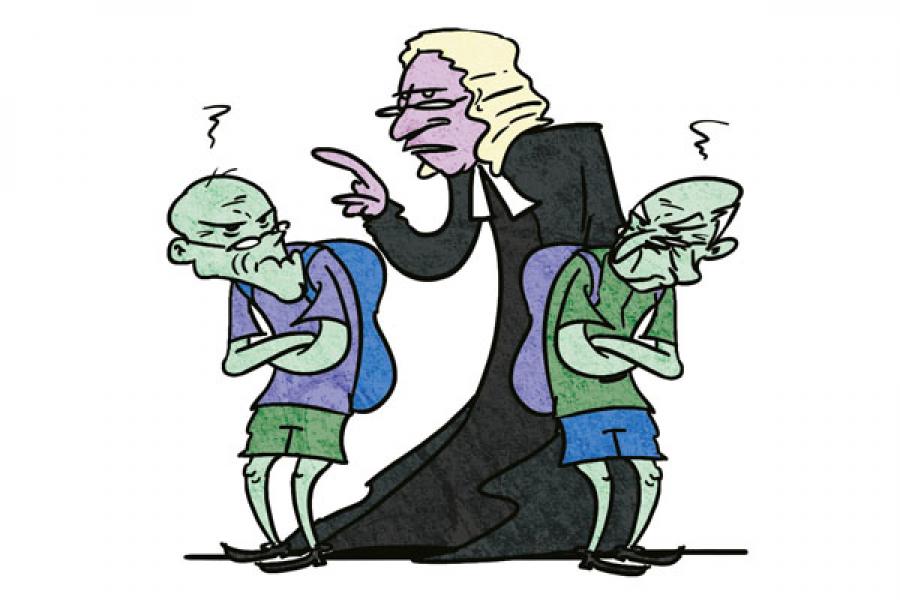 It will be 2330 by the time Indian courts, working at the current pace, clear the backlog of cases that exists today. This interesting observation was made by Justice V.V. Rao in a keynote address on e-governance in Judiciary. Is there are a way to reduce the backlog before the next 320 years pass us by?

There may be. The judicial system has been encouraging litigants to look towards alternate dispute resolution (ADR) mechanisms. One such method that is picking up some converts is mediation.

Mediation is informal. A mediator can be a judge or even a senior lawyer, who has received training in communication and negotiation skills. Once the parties agree to go through this process, they have 60 days to reach a resolution otherwise the case goes back to the court for trial.

On August 22, 2010, the Supreme Court passed an interim order on a suit filed by Assam in 1988 against Nagaland on a border dispute that they should attempt to resolve this dispute through mediation. It is the first time a border dispute in the country has been referred to mediation. This has validated mediation as a form of grievance redressal.

In the few years the since mediation centers of Delhi (2005) and Bangalore (2007) have been up and running, approximately 30,969 cases have gone through the mediation process, and 60 percent of these cases have been settled since then. This has resulted in 18,581 cases being resolved in a matter of two months each instead of years of fighting in the court.

The experience of going through a court case is stressful for most and mediation offers a way out. Of course, you have to compromise. Both parties should be willing to accept a slightly sub-optimal solution in the interest of time. Laila Ollapally, mediator and one of three coordinators at the Bangalore Mediation Center, talks about a case. A mother-in-law and her widowed daughter-in-law were in dispute over property that the daughter-in-law’s spouse left behind for her. The mother-in-law had hoped her son would look after her in her old age. The daughter-in-law needed a home, which she was building at the property left to her. A resolution was reached. The mother-in-law would live with the daughter-in-law, who, in turn, would pay her mother-in-law a sum of Rs. 2,500 as rent (to make up for her share in the money she received after her spouse’s death), and they both ended up with the companionship of each other and the children. It took them just 60 days to resolve this dispute.

For lawyers, too, it can make sense. Ollapally says, “When a lawyer has resolved more cases in a month through mediation, he gains a reputation of having settled cases quickly.” Also, Advait Sethna, partner and head of disputes resolution and litigation, Sethna and Associates, says, “In India, we do not follow the US system of billable hours so lawyers losing out on fees is not something to worry about.” Mediation fees currently range between Rs. 15,000 to Rs. 70,000.

Justice Rao said that the average case load for each judge is 2,147 cases. Given the amount of cases settled through mediation in Bangalore and Delhi alone, this would relieve eight judges of all the cases in their hands right now. This is just the start in the relief that mediation can allow for the justice system. The next step is to take mediation to the district levels in each state, which will hopefully further reduce the backlog of 320 years.