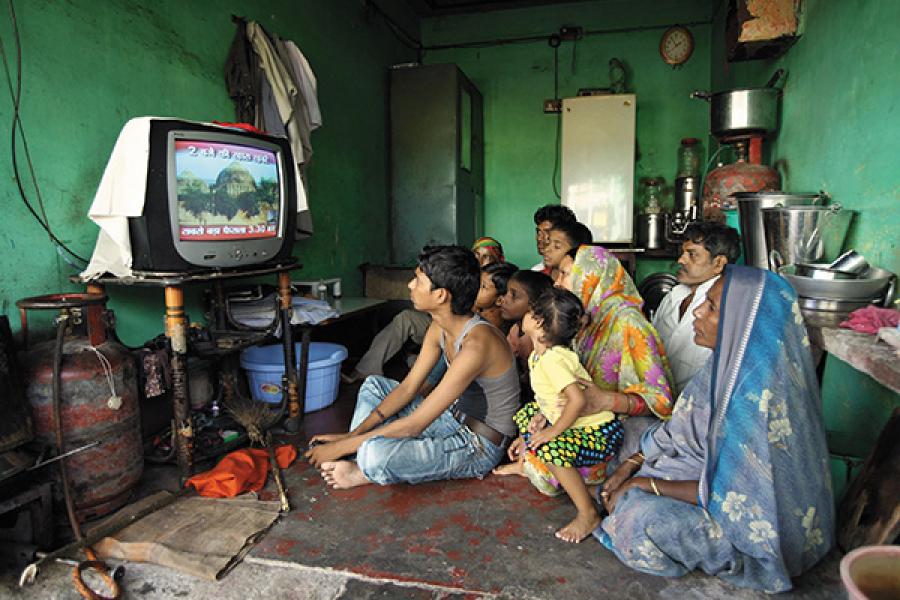 1. Audience and readership measurement
It has been almost a year since the Indian Readership Survey was last published, forcing media agencies and marketers to buy space virtually blind. Hopefully, the new, improved IRS, which promises to be significantly more robust than the discontinued one, will be available in Q2 2014.

Less than three months ago, major broadcasters decided to withdraw subscription from TAM India (which measures TV audiences), leading to a situation where no measurement would have been available for viewership. Despite a fragile peace being brokered, the Broadcast Audience Research Council decided to find an alternative, universally acceptable system. There is no clarity yet on when this will be rolled out, let alone when usable, actionable data will be available.

The result of these two fiascos? We might be in for a spell of  zero measurement, and that is, quite simply, advantage for the advertiser. The  fallout? Lower yields in TV and print for all but the top performers. The measurable part of TV, direct-to-home, will be a blessing for broadcasters as, hopefully, they will be able to extrapolate DTH numbers and convince advertisers that similar trends will be seen in non-DTH households.

2. Effective over creative
Marketers will be averse to investing
in edgy, exciting creative ideas, and will stick to the safe and predictable. The question that will be asked when considering a plan will stay at the mundane ‘Will this sell my product or service?’ A pointer is available in the 20 percent increase in the number of entries to this year’s Effie Awards (the Advertising Club’s showcase event for effectiveness in marketing and advertising in India).

3. Digital, mobile growth
FMCG majors have all tasted blood with digital investments. Even makers of high value products are finding e-commerce attractive. As smart phones grow rapidly in non-metro India, communication with this high-growth audience will be most efficient through mobile and digital. Expect content to be tweaked to ensure it can be delivered across devices and platforms. Look out for ads created specifically for handheld devices, and not adapted from TV commercials.

4. 10 + 2 = Trouble for TV
The most important implication of Telecom Regulatory Authority of India’s 10+2 ad cap restricting TV advertising to 10 minutes an hour: Inventory for the channels shrinks.
This is disaster for channels performing poorly: Despite shrinking inventory, they will not be able to raise yields. Both top- and bottom-lines will be hit.

For the top few in each genre, it’s a mixed bag. When in-demand inventory shrinks, rates will go up, but not enough to make up for the shrinkage of inventory. Top advertisers and broadcasters (and media-buying agencies), will be locked in a tussle to arrive at a magical, mutually acceptable new rate.

Also, small advertisers won’t be able to afford the best channels any more.

5. 10 + 2 = Happy print and web
Some get collateral damage, others, collateral benefit. As high quality TV inventory shrinks, advertisers will maintain and, in some cases, increase spends on leading newspapers and websites. The major upside: Newspapers get a much-wanted boost. For the advertiser, though, it’s bad news: The better, more expensive newspapers will be tough to negotiate with. 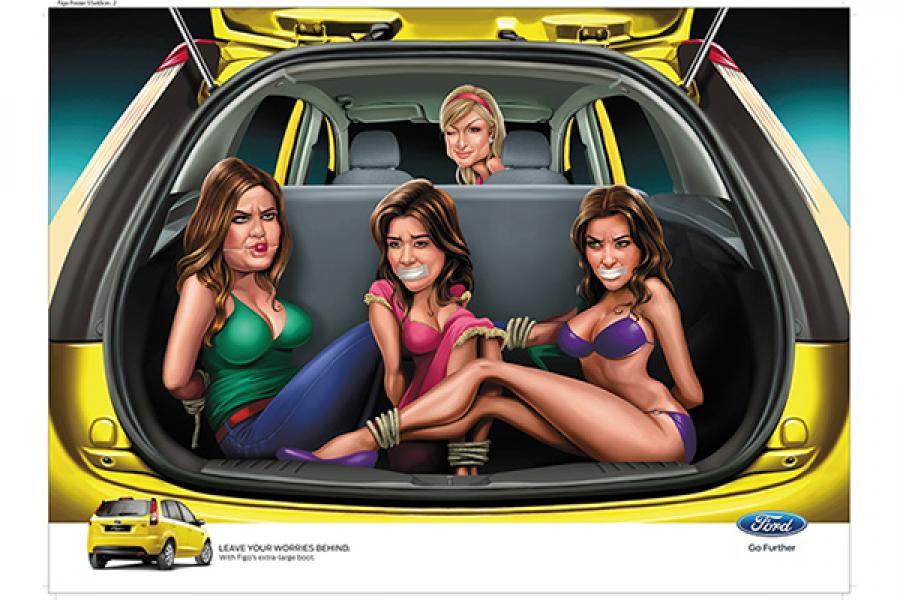 6. Less ‘scam’ advertising
Advertising created solely in an attempt to win awards claimed a number of high-profile victims in 2013. Tata Chemicals withdrew their award-winning radio spots when they discovered that the entries were not quite kosher. The agency, Leo Burnett, lost the Tata Salt account as a fall-out. A month earlier, a scam campaign for Ford Figo by agency JWT India was excoriated globally by both mainstream and social media criticism. It forced the exits of senior professionals at both Ford India and JWT India. After this, how many clients will want to risk running scam ads? Very few.

7. Lower margins at creative and media agencies
As they face an uncertain year, marketers will be cautious and will, whether we like it or not, slash budgets. It doesn’t help that agencies, both creative and media, have allowed themselves to be seen as commodities with no differentiators, which results in too many agencies chasing too few brands. The result? A year of tough negotiations. In most cases, clients will win.

8. Collaboration will flourish
Internationally, the average piece of communication sees the advertising, PR, media, and social media agencies working in tandem with an events company and production and media houses. Closer home, Aviva, Tata Motors, Unilever India and Procter & Gamble are upping their game. Cadbury is executing complex multi-partner campaigns. All the early movers are learning how to measure RoI on such experiments. The good news: Those who get it right are laughing all the way to the bank. Because they’re both interactive and measurable, we’ll see more and more of these multi-partner, engaging communication exercises.

9. Social explosion
If the last few years have seen mere dabbling in social media, 2014 will see an explosion. Guaranteed buzzwords: Hashtag trending, viral, contests and social media engagement. Look out for more CEOs on Twitter. More importantly, look out for brands using social media for a variety of objectives, including complaint-handling, communication testing, consumer engagement, even actually marketing their products and services. Telcos, airlines and media, already active on social media, will stop outsourcing these activities and invest in internal teams to manage the opportunity. 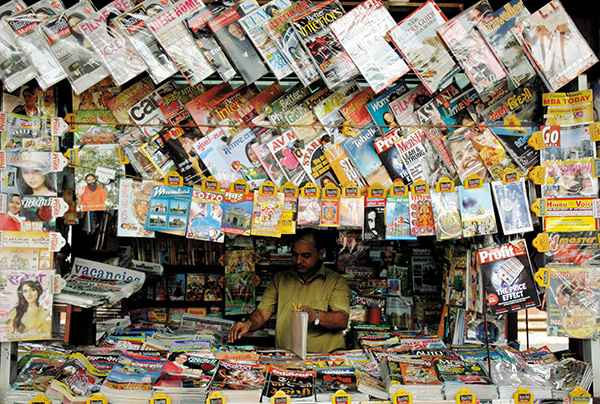 Image: Punit Paranjpe / Reuters
10. The end of magazines?
An entire category—news and current affairs—is threatened by TV and the web. Add the legacy problem of low cover prices and consequent low print runs, and the dearth of circulation and readership data. Worse, magazines are low priority for advertisers and agencies. Which genres can stretch their lives? Perhaps those who bring in views and opinions readers can’t find online. Sadly, not too many meet these criteria. 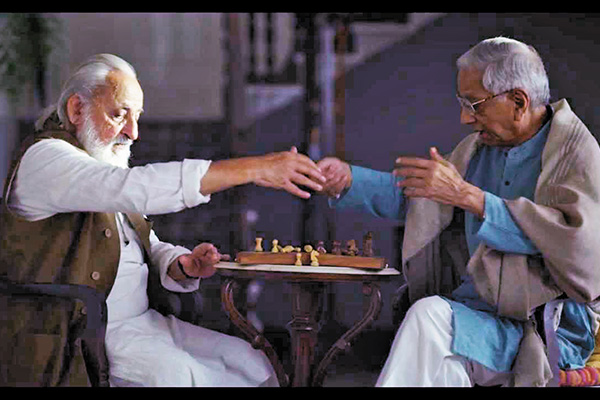 11. Longer ads
As this piece is being written, Lowe’s Gondappa film (Lifebuoy) has clocked over 17 million YouTube views, and Ogilvy’s Reunion (Google) has over 10.6 million in less than a month. After this, more clients and agencies will explore long films primarily aired on YouTube. This will be tricky for creatives, as client briefs will increasingly include the instruction ‘make a viral’. They should learn from clients like Cadbury, who repeatedly use films in digital media as they learn what works and what doesn’t without the pressure of unreal and imagined expectations.

Tweets by @forbes_india
Will 2014 be the Year in Which We Let Technology Control Us?
16 books to pre-order in 2014