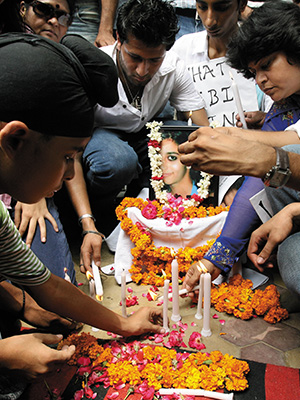 1. The Bone Clocks
David Mitchell Hachette
A new David Mitchell book is an event, at par with a Christopher Nolan release. Not much is known about it, but we bet the bookstores are already planning their September window displays.


2. Aarushi
Avirook Sen Penguin
Who did it? Journalist Avirook Sen draws a superb portrait of the young girl who was brutally killed in May 2008, the aftermath of her death, and tries to answer the biggest question of all, which still polarises the nation.

3. The Past as Present
Romila Thapar Aleph
In the correct interpretation of what has gone before lies the possibility of an accurate portrayal of the present. No one is better equipped to cast an astute eye over both than one of India’s most astute historians, especially at this unfamiliar time of growing fundamentalism and intolerance.


4. Rogue Elephant: Harnessing the Runaway Power of India’s Largest Democracy
Simon Denyer Bloomsbury
Between the Nehru-Gandhi family and Arvind Kejriwal, entrenched corruption and forces demanding change, India stands at a crucial juncture in its history. Former India bureau chief of The Washington Post Simon Denyer examines what the tussle means for India and the world.


6. Journey Under the Midnight Sun
Keigo Higashino Hachette
From the author of the cult Japanese hits The Devotion of Suspect X and Salvation of a Saint comes a new inter-generational mystery around the unsolved murder of a man in Osaka in 1973. Fans are already counting days.


7. The Small Wild Goose Pagoda: An Almanac
I Allan Sealy Aleph
A patch of 433 square yards—the size of a family home in the Himalayan foothills—can contain the universe and enough material for a meditation on work, family, nature, society and time, when the pen is wielded by the hugely underrated I Allen Sealy, of The Trotter-Nama and The Everest Hotel fame.

8. India Psychedelic: The Rocking ’60s and ’70s
Sidharth Bhatia HarperCollins
‘Love Me Do’ changed the free world, but till date there hasn’t been an assessment of what it meant to be young in India in the two crucial decades of the 20th century. Respected journalist Sidharth Bhatia pays a long overdue tribute to Indian pop culture through its politics, society, fashion and, of course, music. 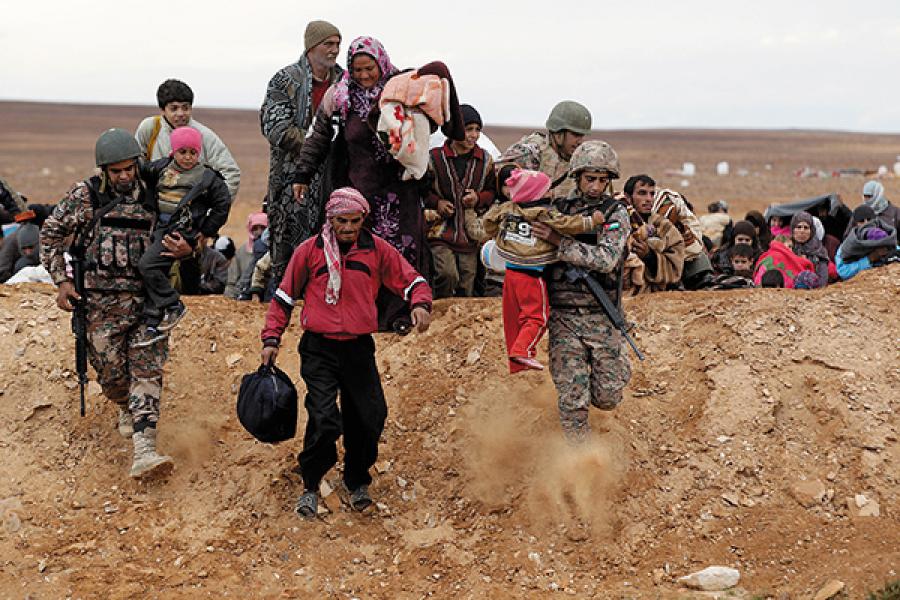 Image: Muhammad Hamed / Reuters
9. Seven Days in the Life of Syria
Janine di Giovanni Bloomsbury
A veteran war reporter, Di Giovanni now turns her lens on the ordinary people of Syria as they live through one of the most un-understood conflicts of the 21st century.


10. The Island of Wounded Girls
Manjula Padmanabhan Hachette
The sequel to the well-received dystopian novel Escape, this one sees Youngest, the uncle, being forced to flee again with his niece Meiji. Get set for a rollicking, disturbing ride. 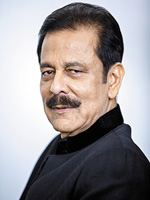 11. Sahara: The Untold Story
Tamal Bandopadhyay Jaico
You’ve read the magazine stories, seen the wedding photos, witnessed the newspaper headlines. But what does actually happen behind those massive gates of the Sahara empire? A demystification of one of India’s most secretive business conglomerates by a leading finance journalist.

12. The Novel Cure, Susan
Elderkin, Ella Berthoud and Indrajit Hazra, Lotus-Roli
Based on the empirically verified truth that a good read can cure just about everything, the Indian edition tacks on a section including remedies for Indian ailments. We can already see this one on the ‘what to gift someone who’s read everything’ list.


13. The Half Mother
Shahnaz Bashir Hachette
Set against ’90s Kashmir, this is the story of Haleema, whose son goes missing one fine day. As the Valley burns, the ‘half-mother’ wages her own battle for answers. A debutante author goes beyond the headlines for the other side of the Kashmir story.


14. The Family: Two Hundred Years of the Nehrus and the Gandhis
Pranay Gupte Aleph
A story of reinvention, relevance and reversals of fortune, centred around the world’s most extraordinary political family. What could one say about them that we don’t know already, one might wonder. But globally renowned journalist and author Pranay Gupte believes he has the key to the mystery behind the mystique. A must-read for anyone keen to understand present India.

15. The Gospel of Loki
Joanne M Harris Hachette
The first adult epic fantasy novel from the author of Chocolat, Loki is a demon-born god who is also the world’s ultimate trickster. Watch out for an entrancing storyline and surprises on every page.


16. Reel India: Cinema and Small Town India
Namrata Joshi HarperCollins
From inspiring hairstyles to nurturing ambitions, cinema has done it all, especially in the Indian hinterland. Journalist and film critic Namrata Joshi’s examination of this special relationship between the medium and the masses promises to be enlightening  and entertaining.


And a heads-up for autumn/winter 2016, when Aleph will publish the much-anticipated novel A Suitable Girl by Vikram Seth. Less than 24 months to give A Suitable Boy another go, people!