7 Most Desirable Sets of Wheels 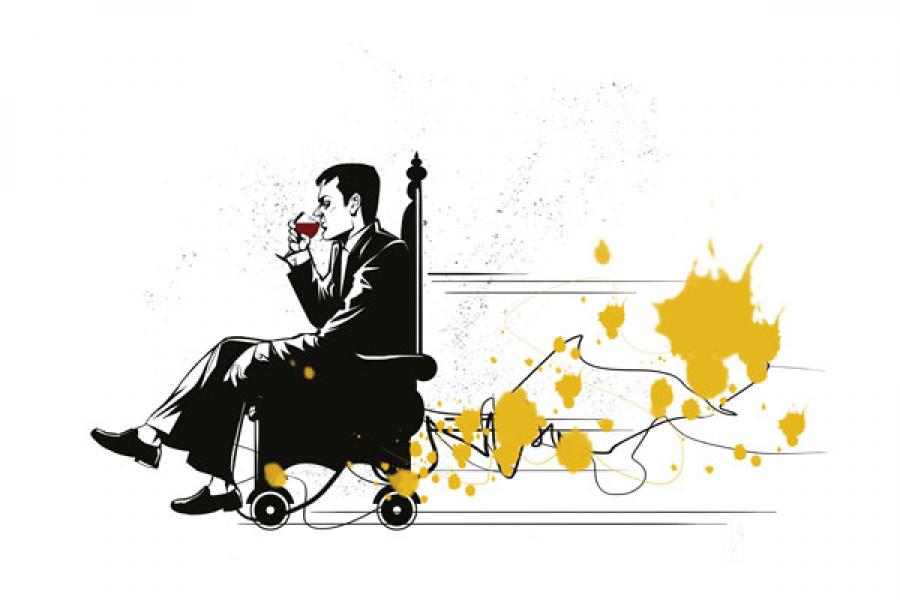 Bugatti Veyron Supersports
The Veyron Supersports takes the Veyron’s not-insignificant 1001PS of power and bumps it up to an earth-shattering 1200PS. It still does 0-100 kmph in 2.3 seconds. From there on, it’s even more incredible: It accelerates 0-300 kmph in 15 seconds; burns through a 100-litre fuel tank in under eight minutes in seventh gear; and thunders on to a top speed of 431 kmph. Yours for $2.4 million (and only six remain unsold). The Veyron Grand Sport convertible is $2 million and has been launched in India at Rs 16 crore.


Ferrari 599 GTO
It is only the third Grand Touring Omologato Ferrari ever. It is based on the 599XX experimental track car. Power from the V12 engine is up from 620 PS to 680 PS. This makes it the fastest, most powerful Ferrari road-car. With an exhaustive set of updates to the engine (super-polished internals, diamond-like carbon coating), gearbox, chassis, brakes, aero and electronics, it laps Ferrari’s Fiorano race track in 1 minute 24 seconds. And if you want one, too bad! All 599 examples, each at half a million dollars, have been sold out.


Ariel Atom 500 V8
This car has no boot, doors, roof, or windscreen. Yet, unbelievably, it is road-legal. At its heart is a 3.0-litre V8 engine built by grafting together two Suzuki motorcycle engines on a single crankshaft. With 507 PS of power and a weight slightly more than a matchbox, the power to weight ratio is 50 percent more than a Bugatti Veyron. It is very fast — 0-100 kmph in 2.3 seconds and 320 kmph top speed. You might want to carry an F1-spec helmet along unless you want your face rearranged. Only 25 will be built at $250,000 a piece. Mad.


Ducati Diavel
Ducati makes the reddest, most heart-achingly beautiful motorcycles, much like what Ferrari does with cars. And now there is this: The best looking cruiser on the planet, which also carries the best name plate on the planet. It goes like the devil on steroids courtesy the V-Twin engine cranking out 162 PS of power and capable of a very un-cruiser like 0-100 kmph in 2.6 seconds. It sounds like the devil clearing his throat. And when it grumbles past you might just notice the rear number plate holder is shaped like the devil’s tail. Wicked.


Lotus T125
The Exos Type 125 is built exactly like F1 cars with a carbon-fibre monocoque, body work and push rod suspension. Also, its engine is built by Cosworth, the same guys who supply engines to the Lotus, Williams, HRT and Virgin F1 teams. But unlike F1 cars, it has a starter motor so you do not need 10,000 mechanics every time you take it out on track. But keeping with the F1 theme, it costs a million dollars and just 25 will be built. The price also includes access to fitness and nutrition experts who will attempt to pare you to the bone, like F1 drivers, so you can fit into it.


Lamborghini Sesto Elemento
Sesto Elemento means sixth element in Italian, and the sixth element, carbon, has been used everywhere: Body, wheels, interiors, monocoque. It is the work of a five-year collaboration between Lamborghini, Boeing and the University of Washington. It marks Lamborghini’s new direction — add lightness instead of power. It weighs about as much as a Maruti Swift. With a 570 PS V10 engine, it makes for a 0-100 kmph time of 2.5 seconds and a top speed over 320 kmph. They might even make 10 of these, and if you have to ask, you probably cannot afford it.


Bentley Continental GT
The villa on the Cote de Azur, the supermodel girlfriend, the sinuous roads up the Col de Turini, the Continental GT. There’s a time and place for everything and the Conti GT fits this bill perfectly. It has luxurious, hand-crafted and leather-swathed interiors, and a whacking great 6.0-litre 575 PS W12 engine. With an 11-speaker, 1,100-watt Naim audio system, you can cruise to Barry White’s baritone. And there’s plenty of space in the boot for the golf clubs, because there’s only so much time you can spend with a supermodel.