A Look Back: How Rajinikanth Does What He Does

If anyone can make Chuck Norris look like a one-roundhouse-kick wonder, it is the southern superstar Rajinikanth. He's larger than life. His fans would have you believe, he created God when he smiled 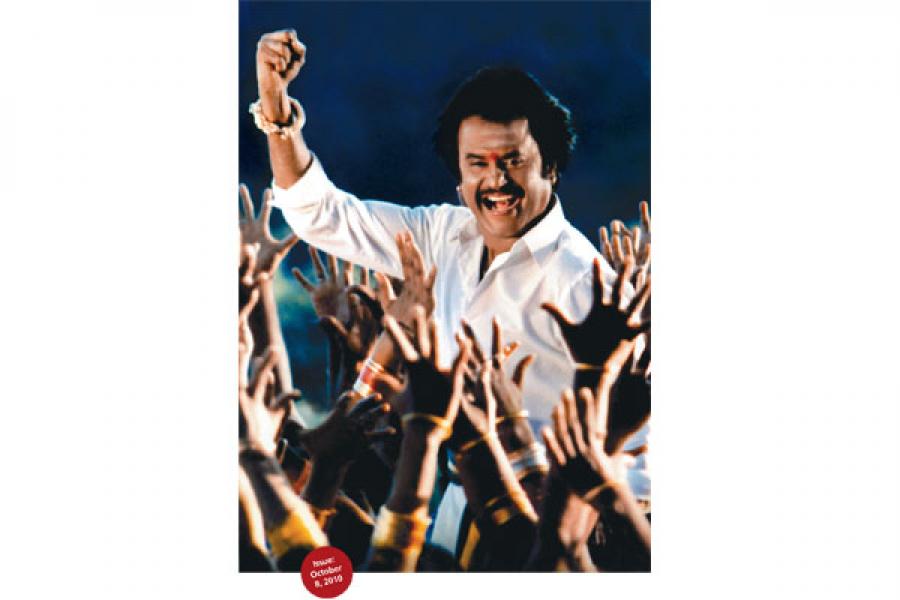 WHY WE DID THE STORY: There is no superstar in India as revered as Rajinikanth. He transcends everyone and everything in Tamil Nadu, politicians don’t measure up to him, his fans would kill for him. Bollywood celebrities aspire to be him. His charisma isn’t limited to India alone: One of his strongest fan bases is in Japan. With one of the biggest movies of his career coming up, Endhiran (Robot), we tried to explain the mystique behind Rajinikanth; why he commands so much devotion and how he does not let any of this go to his head.

(You can read this story here )

WHERE THE STORY STANDS: Robot generated a lot of hype ahead of the release and lived up to it, not only consolidating the sexagenarian star’s position in the South but also making him popular in the North as never before in his 35-year-long career. The movie, the most expensive ever made in India, earned more than Rs. 300 crore at the box office and contributed nearly a third of its producer Sun TV Network’s revenues last year. The wags continue to come up with Rajinikanth jokes. On the ground, however, as Rajinikanth was getting into the production of his next movie Rana, a multi-lingual 3D film also starring Deepika Padukone, he fell ill with allergic bronchitis. He had to be hospitalised twice within a week. His health is a matter of concern for his fans. During the recent state elections, he kept himself strictly out of politics. However, on the day of elections, TV cameras caught him voting for AIADMK. Later, he brushed aside its significance, saying he randomly chose a button to pose for the TV cameras, and that happened to be AIADMK’s.  Spoken like a politician.