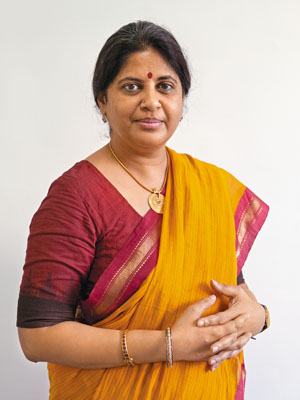 Rama Bijapurkar is a thought leader on market strategy and consumer related issues in India. She has her own market strategy consulting practice and works with Indian and global companies. On her Web site, she describes her mission as bringing ``market focus to business strategy’’. She is an independent director on the boards of CRISIL, Axis Bank and Give Foundation.


It is pretty clear now that growing national income and increasing association with the western world have not altered the essential structure of People India. We are not coalescing into a more homogeneous, well-fused chemical compound, easy to identify with a single label or description; we remain a physical mixture of several different societies and cultures. Ironically, increasing wealth ­— leading to a consumer-respectful and consumer-led society — as well as increasing access to innovative technology are not working to blur our differences. It is rather enabling us to express our diversity of thought and behaviour more thoroughly than before. In fact, we are becoming an even more atomised society, and one in which each sub-group is continuously mutating in different directions.

We stare at the large crucible that we call India, which is the holder of all these different societies and cultures and search for a meta society and culture that we can describe as ‘Pan-Indian’. But the difficulty of doing this is best understood by thinking of the crucible as a kaleidoscope — an instrument that forms different patterns with each little shift. Sometimes you see a mosaic of tradition and modernity, sometimes a rapidly Westernising society that has lost its cultural moorings and sometimes it looks like it is returning to its roots with a vengeance. That’s what makes the new India harder to comprehend than the old one.

Over the last two decades, several new ‘culture classes’ have emerged and older ones have morphed to define themselves through new customs, values, or new degrees of tolerances. The modern young upper class women are a distinct new culture class — at home in mini skirts and in sari and blouse ensembles that sizzle. She dresses like she could be anywhere in the world, in business suits or in jeans, living in homes that look like they could be anywhere in the world, serving food that embraces all cuisines; she shops at supermarkets and malls for her regular stuff, patronises international and Indian brands, but will go to local markets for entertainment shopping — the opposite of what some other culture classes would do; she has domestic staff like her mother did, only these are more professional; she thinks of herself and her children as global citizens, English is the only family language and her family unit is built to live life king size — free from uniquely Indian traditions and social restraints that she grew up with. Market watchers would like to believe that this is the new Indian mainstream but that is naïve and wishful thinking.

Another large culture class is the rapidly prospering small business man — shop owner, contractor, furniture maker, tailoring establishment owner. He continues to transact in the vernacular with his family, vendors and staff but manages reasonable English with his customers who he needs to SMS; he eschews ‘costly’ big shops and big brands, and is a big fan of the ‘imported’ label. This label stands for ‘cheaper’, more exciting novelty available through his usual shops, sourced by people like him. His children are his biggest teachers and modernisers; his idea of a vacation is to gather a large group of families and take a helicopter trip to Vaishno Devi.

Another new culture class is the socially conscious upper class elite who have decided to embrace causes, run marathons for charity, join Anna via social media, or work for or start an NGO. The jhola is being replaced by the Blackberry, the bhashan by a media panel discussion and saving India is a new passionate goal. IT kids are another culture class even as new culture classes in rural India are emerging.

All of these different, often colliding, societies and cultures are sometimes not so comfortably held together. If we pull back and look at India we see that it is a mass negotiating table. Everyone is negotiating and arguing with everyone else. The Apex Court is in overdrive, the media is in overdrive, and every regional, caste, class, ideology or gender sub-group is flexing its elbows wanting to get its legitimate right. This includes the khap panchayats, the Maoists and sympathisers, women, corporate India that wants SEZs, rural India that doesn’t, civil society representatives, and more.

Does a meta Indian society and culture exist, defined by something beyond cricket? There are a set of common traits that run through all the contents in the crucible. The most noticeable and remarkable common trait that has emerged in the last two decades is the ceaseless striving of men and women to improve their quality of living and that of their children. We have gone from being a contented society to a restless one, trying to grab every opportunity to improve our lives, and willing to work hard for it. People from all walks of life and in all professions are in a learning and skills upgrading mode. There are new things happening in each field and whether you are a cobbler or a tailor or an insurance agent or a mom, you need to keep abreast to not become irrelevant.
In the absence of formal educational avenues, you need to be a self starter and in a high gear learning mode. However, ambition, or maybe it is greed and desire, is making people set goals a bit ahead of their capacity to achieve them causing considerable physical and mental stress. The therapist and counsellor market is growing rather slowly, but the spiritual guru market is growing in leaps and bounds, cutting across all demographies. What the therapy session is to an average American, a satsang is to an average Indian — even the Westernised one.

Another trait common to all societies inside the crucible is the new assertiveness and social progress being made by women. Just as the educated upper class gained the most from liberalisation, so too is the case with women. The need for the second income to fulfill all aspirations, increased education levels, increased work opportunities and the effect of women who have broken out of the mould and who are independently powerful, have all contributed to fuelling this. The legitimacy and pragmatic acceptance of consumption as one of the central themes of life and living is another common theme across the many Indias. The biggest common theme of change inside the crucible is the idea, brilliantly summed up by Santosh Desai as, “Life is now a product to be experienced, not a condition to be endured”. Just as there are common threads of change, there are also common threads of ‘no change’ or even reverting to the past, that run through all the mini Indias in the crucible. The faith in a higher force that can give you that extra fillip in your material search, be it the favourite astrologer’s prediction or good old fashioned religiosity, child obsession, the glorification of the mother, the adoption of hybrid solutions of ‘this as well as that’, and the business model of marriage as a pragmatic life partnership are some big ones.

If you still don’t buy the idea of increasing fragmentation of Indian society and culture, ask Ekta Kapoor or look at the regionalisation of our television and our politics. The mental model for India is not of one big society and culture and many fringe subcultures or tribes within; rather it is of many societies and cultures in one big crucible, with many similar and vastly dissimilar traits. That is what India has always been through the ages.

Tweets by @forbes_india
A Look Back: How Rajinikanth Does What He Does
A. Damodaran: The Despair of The Ganges