The airline had earlier said it will cut 13,000 jobs as the coronavirus pandemic batters the airline industry. On Monday, it announced one more job was going: the chief executive's. 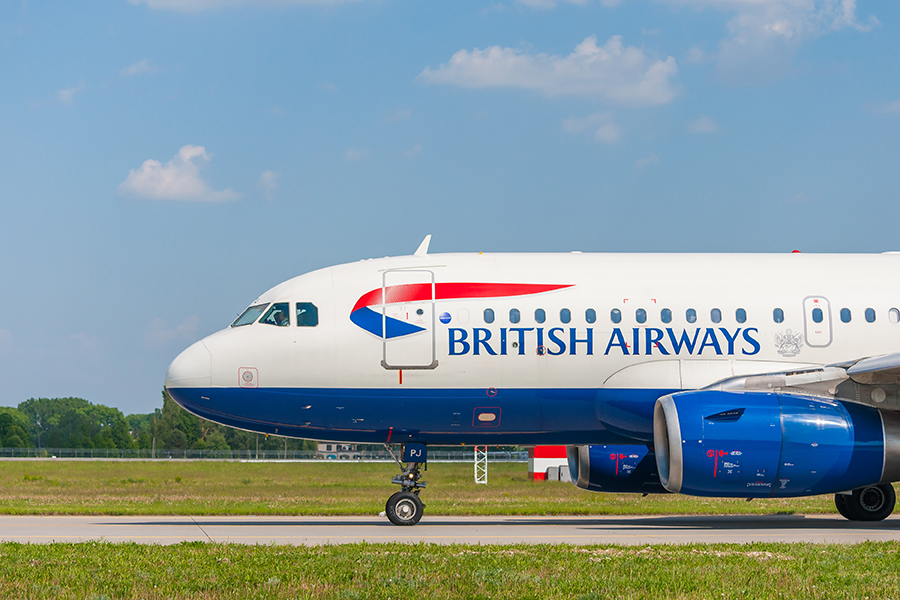 Alex Cruz will step down from his role as British Airways’ chief executive immediately, the carrier’s parent company, IAG, said. He had held the position for 4 1/2 years. Cruz will give up his role as chairman after a transition period.

The sudden change in management comes as British Airways, like much of the rest of the travel industry, is urgently trying to stay afloat. The spread of the coronavirus and ensuing travel restrictions have hit airlines, especially long-haul carriers, hard. Last month, IAG said it had seen “an overall leveling off of bookings” after a brief pickup in the summer. It said it planned to fly even less for the rest of this year and next than it had previously forecast.

Cruz, 54, will be replaced by Sean Doyle, who runs Aer Lingus, an IAG airline based in Ireland. Doyle will also eventually take over the role of chairman. He had worked at British Airways for two decades before moving over to the Irish airline.

“We’re navigating the worst crisis faced in our industry, and I’m confident these internal promotions will ensure IAG is well placed to emerge in a strong position,” said Luis Gallego, chief executive of IAG. It is his first major decision since taking on the role in September. Gallego was supposed to takes the reins from his predecessor Willie Walsh in March, but Walsh stayed on to steer the airline through the start of the pandemic.

Last month, IAG said it did not expect passenger demand to return to 2019 levels until 2023 at the earliest. In the second quarter of the year, IAG reported a record operating loss. Including “exceptional items,” losses amounted to 2.2 billion euros ($2.6 billion), before taxes.

Global airlines have been asking governments for help as new waves of coronavirus outbreaks further restrict people’s movement. In the United States, industry aid talks have been held up by debates over broad economic relief.

In Britain, the government has pushed airlines to seek money elsewhere. IAG detailed plans in September to raise 2.7 billion euros by selling new shares to existing shareholders. It also took 1 billion euros in state-backed loans for its Spanish airlines Iberia and Vueling in May and tapped 300 million British pounds (about $390 million) using a British government-backed borrowing program run by the Bank of England.

“It’s going to be a very challenging winter for the whole European airline industry,” said Andrew Lobbenberg, an equities analyst at HSBC, who specializes in the transport industry.

In China, Russia and to a lesser extent in the United States, large domestic markets are improving for the airline industry. But Europe’s market has been fractured by travel restrictions, he said.

In May, Lufthansa received a German government bailout worth 9 billion euros but last month said it would cut more than 22,000 jobs. Short-haul carrier easyJet said last week that it would report its first-ever annual loss and planned to fly only a quarter of its normal capacity in the last three months of 2020. Virgin Atlantic laid off almost half of its staff even after it devised a 1.2 billion pound private rescue deal.

Cruz, who previously led Vueling, a low-cost Spanish airline controlled by IAG, had run-ins with organized labor as the British Airways chief. The job cuts announced this summer prompted the labor union Unite to accuse the airline of “betrayal” and trying to fire cabin crew and then rehire them on worse terms in new contracts. In response, the airline said it wouldn’t issue new contracts but instead make amendments to existing contracts.

The airline said that by the end of August, it had cut more than 8,000 jobs and had come to agreements with pilots, engineers and Heathrow Airport staff.

British Airways has had a contentious relationship with unions in the past. In September 2019, a pay dispute led pilots to go on strike for 48 hours, forcing the cancellation of thousands of flights.

In recent years, computer failures have hurt the airline’s reputation with passengers, and in 2018, lax security allowed hackers to steal personal data of half a million customers. The Information Commissioner’s Office said it intended to fine British Airways more than 180 million pounds for the data breach. On Monday, a representative for the regulatory agency said the process was ongoing.

Three years ago, the airline stopped offering complimentary food and drinks on short-haul flights for economy customers, a move that also did little to improve the airline’s standing among flyers. This seemingly small change, however, was indicative of pressure to cut costs at the airline.

Before the pandemic, British Airways delivered “very strong financial performance but its performance to other stakeholders, or to consumers and employees, has been more challenged,” Lobbenberg said.