Flying in the Future 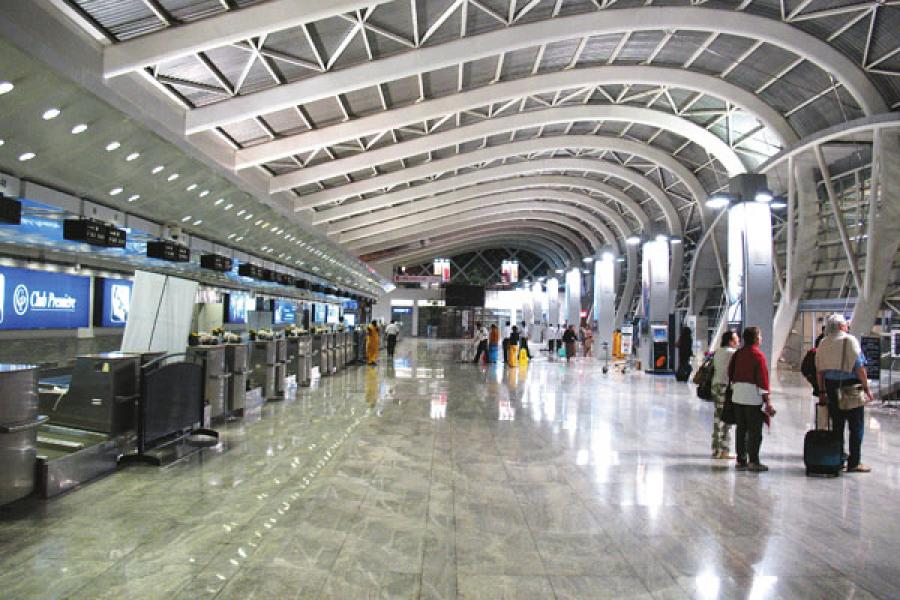 As India takes its place on the world stage, you, its emissaries, are stepping out a lot more too. Corporate warriors and boardroom emperors, traders and managers, buccaneers and businessmen; you’re all out there, buying and selling, meeting and greeting, partnering and taking over.

And, as the hours and days you spend on the road get longer, getting to know the world of corporate travel a little better makes more and more sense. It pays, after all, to know what you’re heading into.

The Forbes India Global Business Traveller’s Guide 2010, then, is an up-to-date, comprehensive ready reference designed for you, the frequent flying executive.
Here’s an executive summary of the big trends that will most impact your travel, as you move out both within and beyond India.


'PREMIUM ECONOMY' IS THE NEW BLACK
The global financial crisis saw many frequent flyers move down to Economy, which usually costs one-fourth to one-third the price of a Business class seat. To arrest the fall in revenues, airlines came up with a new, more comfortable class of seats, Premium Economy.

British Airways was among the first off the block with World Traveller Plus. Air France, KLM, Virgin Atlantic and United Airlines followed. Jet Airways just started Konnect Select on domestic flights. You can be sure more will follow.

First class, however, has been disappearing from European and North American skies for a decade now. Lufthansa, British Airways and Air France are the last holdouts in Europe; across the Atlantic, American Airlines and United still offer it for their international flights. Some airlines still maintain a First class for bragging rights — the glossy pictures that are so much a part of the marketing exercise.

BREATHE EASIER ON YOUR 16-HOUR LONG-HAUL FLIGHT
After you’ve elbowed your way through long queues and survived security, when you walk into the plane, it won’t be into yet another claustrophobic space. Through a spacious arch, you will enter a space with a deep blue ceiling that mimics the sky. En route, cabin lights will slowly change from the purples and oranges of a sunrise to yellows, and finally the brightness of a blue sky, making it easier for you to sleep and wake up more naturally.
That’s Boeing’s new 787 Dreamliner for you. It will take to the skies early next year, flying long-hauls of up to 15,000 km. Air-India, which will get one next year, plans to use it on routes like Mumbai-New York.

The windows of the 787 don’t have shades, they use an electrochromic dimmable system; so you can get in all the light you want or none at all at the flick of the switch. The windows will be larger than those in any other commercial aircraft, large enough to let even an aisle passenger look out comfortably.

A perhaps more important change: Air pressure will be maintained at an altitude of 6,000 feet (compared to the current 8,000 feet). Combined with better air-filtration and humidity in the plane, this will relieve headaches, dehydration and other symptoms caused by low pressure, so you get to your destination in better shape.

Boeing officials say many of the interior features are being offered in their other models, including the 737 aircraft, used by many Indian carriers like Jet Airways and SpiceJet on domestic flights.
Airbus promises to one-up Boeing, engaging BMW to design the interiors for its next plane, the A350, which a few years away from production.
MORE OPTIONS, SHORTER ROUTES, QUICKER FLIGHTS
That’s thanks to new routes because of Open Skies. Flight connections between two cities are not always a function of demand and supply; they are dictated by negotiations between countries — almost as hotly debated as trade talks. Access is tightly controlled in many countries (including India). But over the last few years, several countries have been breaking out of this web of tight control, offering Open Skies. That means unrestricted (obviously security-cleared) flights. Dubai and Singapore have used this model to grow traffic out of their home markets several-fold. India is one of the most restricted markets, with foreign airlines struggling for permission to increase flights into India. 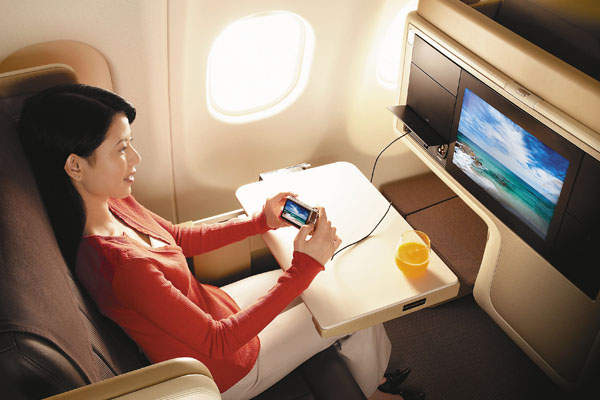 MAKE YOUR OWN ENTERTAINMENT You can hook up your digital camera to the monitor onboard a Singapore Airlines aircraft
In an earlier conversation with Forbes India, Giovanni Bisignani, IATA Director-General, said, “These archaic rules are relics of the Cold War age. Passengers can benefit with more competition, faster connections and much better service if governments are willing to make the change.” The fastest moves in this direction are being made in the ASEAN countries and the European Union.
New-gen planes like the Airbus A-350 and Boeing 787 will also shorten travel time, with their long-range, point-to-point capabilities.

The new satellite-based NextGen air traffic control system will also allow more direct flight routes around the world than the existing grids do. It will start in the US and roll out in phases in the next few years to other markets. 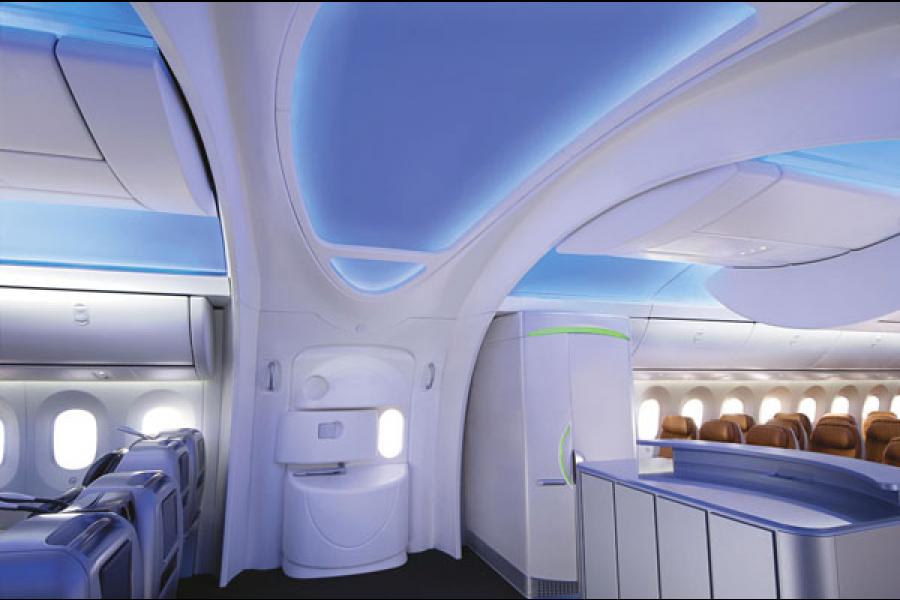 LESS CONGESTION AND DELAYS OVER INDIAN SKIES
This will be, by far, the biggest change in your travel experience over the next few years. Major improvements are on the cards at almost all major Indian airports.

Mumbai airport’s capacity is already saturated, and aircraft coming in at peak hours can count on circling the airport for 50 minutes to two hours. The just-opened new terminal increases space by 60 percent. Though a temporary measure, it will reduce queues and give passengers far more space.
But the big shift is slated for 2013, when the new integrated terminal, designed to handle 40 million passengers, will be ready. Hugely complex and behind schedule, the project also promises hotels, convention centres and many more shops.
The GVK group, which operates Mumbai airport, plans to expand Bangalore airport. Delhi’s Terminal 3, which will open in July, will allow the once-shabby Indira Gandhi International Airport to service 60 million passengers a year. The shiny modern structure will put the city’s infrastructure straight into the global league.

You’ll get a taste of a better airport experience with food and beverages, shopping and lounges on par with the best anywhere. The flip side is that almost everywhere you’ll end up paying extortionate user charges.

Spurred by much action on the private projects, the Airport Authority of India too is working hard on changing the face of 24 smaller airports.

“Apart from passengers, the whole wave of new airport infrastructure in India will also help airlines work better,” says Kapil Kaul of the Centre for Asia Pacific Aviation. No Indian carrier has truly hub-and-spoke operations that connect large cities to the smaller ones. As the economy grows and more people in smaller towns start flying, the airlines will be able to funnel in more traffic into the hubs.

FOR BEST FARES AND PREFERRED SEATING, BOOK WELL IN ADVANCE
And rebooking for cancelled or missed flights will be a lot harder than it is today. Because there will be fewer flights, and they will be crammed to capacity.
Airlines have been hit hard by losses almost through the decade. In their struggle for survival, they’re determined to fill every aircraft and make sure every flight makes money!

You can already see some of the effects. It’s easier to find parking at airports. Yet the boarding areas are jammed with fliers.

COMPLIMENTARY UPGRADES? FORGET ABOUT IT.
Many frequent fliers have downgraded to Economy as companies tighten their travel budgets. Most are unable to return to their previous frequent flier status levels with the points earned by flying coach. Some, accustomed to a certain level of comfort, are choosing to spend their own money to gain access to airline lounges, premium seating, and other perks.
Airlines are looking at mergers to squeeze out even more efficiencies. That will mean less competition among airlines, so mileage-sourced upgrades and other incentives will be rare too.

United Airlines and Continental, two of the biggest carriers in the world, began merger talks in April. Almost at the same time, in Europe, British Airways and Spanish carrier Iberia signed a deal to merge, creating the world’s third largest airline by revenue. The two are now looking at an alliance with a third behemoth American Airlines.
CHEAPER TICKETS, BUT PAY EXTRA FOR ANYTHING ELSE
Blame that too on the airlines’ slimming diet. They’re keeping fares low, so they can fill the flights. But they’re charging you separately for everything else.
So for almost all the flights within Europe or the US, airlines have begun breaking up the cost of travel.
You want food? Pay extra. Checked baggage, preferred seat, in-flight entertainment? Pay extra. Want to use the loo? Pay extra. No kidding. European low-cost carrier (LCC) Ryanair proposed to charge passengers to use the bathroom. Caused quite a stink. Florida-based LCC Spirit Airlines announced in April that it will charge up to $50 for all hand baggage. In India, Indigo has taken the first step by asking fliers to pay Rs. 300 extra for seats with extra leg room (front row or emergency exit).

The cheap fare movement will gain momentum, with international LCCs like AirAsia spreading their winge across India. And local players SpiceJet and IndiGo are set to go overseas.

So, count on many more air miles coming your way, slowdown or not.