Global Sports Industry Outlook: Is Growth in this sector sustainable?

Despite its multi-faceted characteristic, there is a series of positive indicators that suggest the sports industry is set to continue to grow 3% to 5% annually over the next decade

Broadly speaking, the Global Sports Industry’s fundamentals are solid and the industry exhibits an impressive and resilient growth profile.

Several global indicators support this view. Positive news flows has resonated from last year’s edition of SportAccord Convention held in London. A year prior to the much-awaited London 2012 Olympic Games, the convention has gathered a flurry of decision-makers from the corporate world, Olympic bodies or sport federations. Personalities including Lord Sebastian Coe, Chairman of London 2012, Scott McCune, Head of Global Partnerships for Coca-Cola, or Jonah Lomu, former New Zealand Rugby Union superstar, have taken the stage to further relationships and create opportunities. 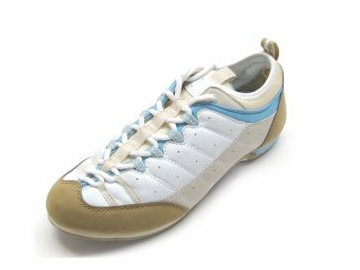 The 16th edition of the Sport Business Summit (or SpoBis) held in Dusseldorf (February 2012) has experienced similar success. The event gathered 1,500 participants including “high-profile industry players” (Kluner, 2012). In a more festive tone, on February 5th, 2012 Super Bowl XLVI broke yet another TV record. According to data released by the Nielsen Company, the NBC’s broadcast of the New York Giants’ dramatic win over the New England Patriots became the most-watched television show in US history with an estimated 111.3 million viewers (topping the Green Bay Packers’ win over the Pittsburgh Steelers last year, which drew 111 million viewers to Fox) (Cutler, 2012).

A series of positive news flows also suggests that the industry is healthy. In particular, PricewaterhouseCoopers’ Global Sports Market Outlook (December 2011) predicts CAGR of 3.7% in revenues for the industry as a whole between 2011 and 2015. Yet, the picture becomes gloomier when considering the various threats that have the potential to seriously jeopardize the industry’s spectacular growth.

First of all, the global sports industry is cyclical when considering corporate sponsorship. In period of financial duress, corporate sponsors need to rationalize spending and very often the marketing budget does take the hit. However, there is in general a one to two year lag between a financial downturn and cut in marketing budget. The subsequent financial crises starting with 2008 (ignited by the sub-prime crisis), 2009 (the Euro debt crisis) and 2010 global crises have rocked financial markets and severely affected business activities. Arab spring, continuing Middle-East tension, and volatile oil prices amid mounting discontent at Iran’s nuclear ambition, exacerbate geo-political malaise, darken business  sentiment, and affect household purchase power and confidence.

In addition, illegal betting and match-fixing represent a major threat denounced last year by the IOC and echoed by the Financial Times (Blitz, 2011). As illustrated by a recent study published by IRIS, corruption in sports and high-profile scandals at FIFA or other prominent bodies threaten corporate profits and seriously dent both public and corporate confidence as sponsors fear to be associated to doping or scandals (e.g. luxury watch brand Tag Heuer shunned its longtime endorsement with Woods during the summer 2011; Stevenson, 2011). Excessive indebtedness represents another serious threat to the industry. Fast-evolving financial markets and interest-rate environments can significantly alter the risk profile of clubs or teams which rely on debt to finance spectacular and expensive roster.

Lastly, pay-TV, often viewed as the industry’s most resilient health indicator, is likely to come under pressure due to the development of new media technology. Ben Fenton indicated in a Financial Times article published in January 2012 that “twin threats on the horizon to the $36bn-a-year industry
include alternative sources of programmes for viewers on the internet and increased competition for TV shows that have historically been key to retaining subscribers’ loyalty” (Fenton, 2012).

Furthermore, Fenton identifies “powerful competitors such as Google and Apple, with their own offering of internet-based television, as well as Amazon with its Lovefilm streamed-movie subsidiary, Netflix, and the Qatari-financed Al Jazeera.”

Industry players are aware of these threats and have directly or indirectly put in place mechanisms or means to either protect or foster growth. These include increased regulation in professional and amateur sports, regular gathering of industry players (for instance, the 2012 SportAccord Convention takes place in May in Quebec), vivid trade associations and lobby groups, rejuvenated education system and better-trained graduates, more responsible and vocal professional athletes (which can be good or bad as illustrated by the recent NFL and NBA lockouts), and technological breakthroughs as shown by a BBC’s article relating how biosensors can monitor muscle fatigue and help Merlene Ottey reach her Olympic ambitions (Moskvitch, 2012).

Despite these negative signals, evidence shows that the global sports industry has or can endure relatively well the effects of successive global financial crisis. For example, TV rights (and pay-TV) remain a major contributor to the industry. Why? One reason for this is that sports fans are not willing to relinquish subscriptions despite financial duress. As result, growth can be volatile but over the next decade should remain positive. How long can this phenomenon last? Difficult to say.

The question of having a sustained growth model for the industry raises a flurry of difficult questions: who should and can establish systems and processes for sustained growth? How can this be done?

What would be the costs of implementing such systems and processes? When would this be appropriate (if not already desirable)? At this point the global sports industry is characterized by disparate ideas and practices. The market represents a multitude of markets, sectors and niches which enjoy differing risk profile and outlook, echoing the view of Will Lloyd, co-founder of Sports Recruitment International, who sees the industry as “massively complex, sophisticated and a truly international business” (GlobalSportsJobs.com, 2011). As a result, trying to obtain a unique growth metric for such a multi-faceted industry may not be the right way to assess the industry’s development over the next 5 to 10 years. It would rather be more appropriate to examine industry sectors individually in order to form a view about the global sports industry.