GST: A critical reform that will drive economic growth

By simplifying taxation norms, the new regulation will bring in transparency across sectors and encourage foreign investors to invest in India 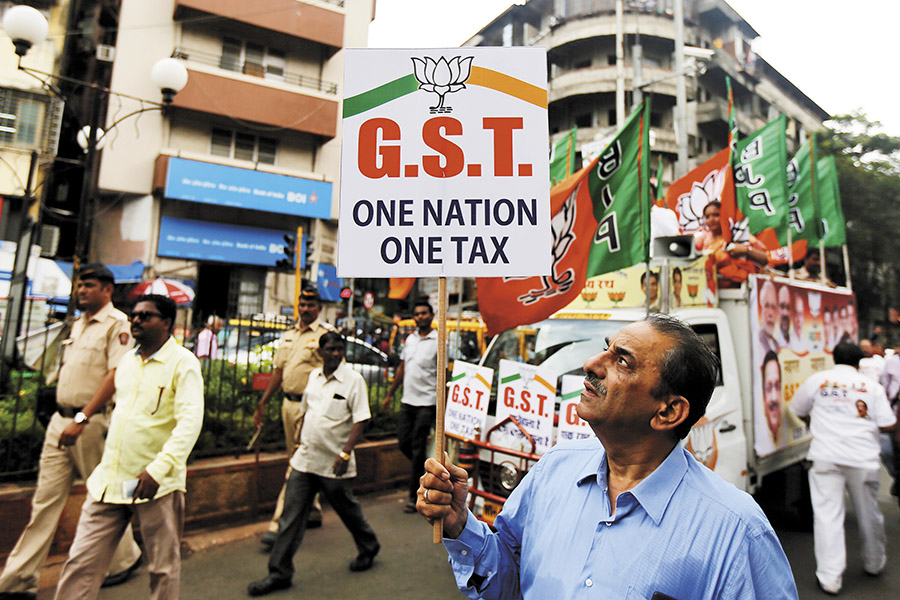 A BJP supporter participates in a rally supporting the Goods and Services Tax (GST). The tax, which was implemented from July 1, is expected to improve the ease of doing business and improve the overall economic outlook of the country (Image: Shailesh Andrade / Reuters)

At the stroke of midnight on the last day of June, India formally entered the Goods and Services (GST) Tax era. There is a lot of optimism about the new regime, but also some amount of apprehension. A lot of this concern revolves around the changes that the movement to GST entails rather than a fear of the regulation itself.
Every time there is a new rule, whether it is the RERA [Real Estate (Regulation and Development) Act] or the bankruptcy code, there is a lot of apprehension about the way in which the systems and processes will have to change. But these regulations have had a positive impact and will reap economic rewards for us in the future.
Given how mammoth it is, GST was certain to attract some concerns. But we need to give the economy some time to adjust to the new normal. Three to six months down the line, we will start to see the incremental benefits of GST trickling in. GST is going to be a critical reform for the Indian economy as it would simplify taxation norms by consolidating a range of taxes under one single umbrella. At present, different states have different tax laws. There are nearly 17 taxes that businesses pay to various authorities, making it a cumbersome and expensive affair. GST will result in a simplified tax structure and a unified tax base, with common rules and administrative procedures coming into effect across the country. It will also result in widening of the tax base to include a comprehensive list of goods and services. This will bring in transparency and encourage investments in organised sectors, helping the economy gather growth momentum.

Boost to FDI
Since GST is expected to have a massive impact across all sectors, the boost to Foreign Direct Investment (FDI) will also be significant. Overall, we will see a major shift from the unorganised sector to the organised one. With improved efficiency and productivity, India’s position as a leading market for FDI investment would be further enhanced. By simplifying the tax structure, the government is effectively incentivising foreign investors to increase their investment quantum in India.
India is currently ranked 172/190 in ease of paying taxes, under the Ease of Doing Business index published by the World Bank. The government would be hoping to significantly improve this with the implementation of GST. The improvement in the overall economic outlook will create a conducive environment for foreign investment, with the expectation of faster growth driven by formalisation of economy and lower compliance coupled with existing factors like favourable demographics and low cost advantage.

Formalisation of MSMEs and MSME Credit
GST is particularly important for the MSME segment—a large vector with close to 50 million units in India. These small units are burdened with the complex maze of taxes and compliances which, in turn, impacts their productivity. The ease of intra-state trade under GST would reduce some of the supply chain bottlenecks. The GST framework provides for availing input tax credit through the supply chain to avoid dual taxation. So, within a supply chain, the downstream enterprises would look to work with partners who have paid GST and documented the trade to avail credit. More enterprises, thus, would need to maintain documentation of production and sales bringing them under the ambit of taxation.

There is a significant credit gap in the SME financing space. The lending to many of these enterprises by private lenders and banks is restricted due to the unavailability of proper books of accounts and other documentation required for underwriting these loans. Better documentation would enable lenders to assess the cash flows of these enterprises and make them creditworthy. The validation of the books of accounts would also be easier with the wider tax database. 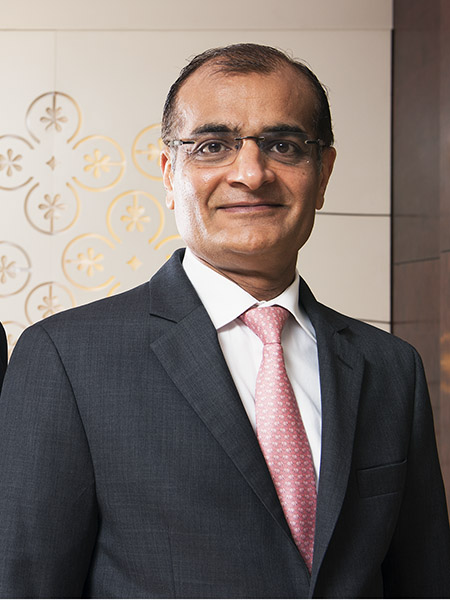 The writer is chairman and CEO of Edelweiss Group
Impact on Real Estate & Housing Finance
In the realty sector, together with RERA, GST will go a long way in ensuring transparency and heightened buyer confidence. The existing channels include multiple taxation issues, which lead to challenges around indirect taxes, and lack of uniformity. A tax rate of 12 percent under GST looks constructive for the industry. This will free home buyers and investors from the hassle of paying several state taxes at different levels, removing the double taxation impact. This is expected to further provide a boost to the housing sector, along with the benefits accrued through RERA.

Challenges for banking and financial sectors
Under GST, banks/NBFCs, which have pan-India operations, would need to obtain a separate registration for each state as opposed to a single ‘centralised’ registration followed previously. Besides, compliance burden about filing of returns has also increased—in terms of the periodicity of returns, number of return formats and level of details required in these returns.
Every registered branch of banks and NBFCs must justify its position on chargeability in the respective state and reason for utilising input tax credit in different states. The adjudication process will also get prolonged as more than one adjudicating authority will be involved and each authority may hold a different opinion on the same underlying issue.

Marginal hike in BFSI service tax
With the hike in service tax from 15 percent to 18 percent under the GST regime, certain services from BFSI (banking, financial services and insurance) will become marginally expensive. This will include fees levied by mutual funds, charges on banking services like ATM usage as well as part of the premium paid to insurance companies. However, the incremental benefit that the industry will accrue in terms of specific improvements across sectors like MSME and real estate, and generic improvements in industries across the board should far offset any potential downside to the financial services industry in the long term.

Base set for strong growth
It is estimated that from 2018-19 onwards, India should cross the 8 percent GDP growth rate driven by the organic improvement in the economy coupled with the GST upshot. Consumption is already on an uptick. The global economy is also improving and commodity prices have firmed up. So when you add up all this with the fact that oil prices continue to remain low, India is geared for strong growth going forward. In the long run, GST could potentially add 1.5-2 percent to the GDP and I would not be surprised to see double digit growth in the economy for a sustained period of time.