Here's why Bitcoin prices rose by 60% over a month

While Japan has made the crypto-currency a legal payment method, many countries are following suit, which is likely to shoot up the rates further 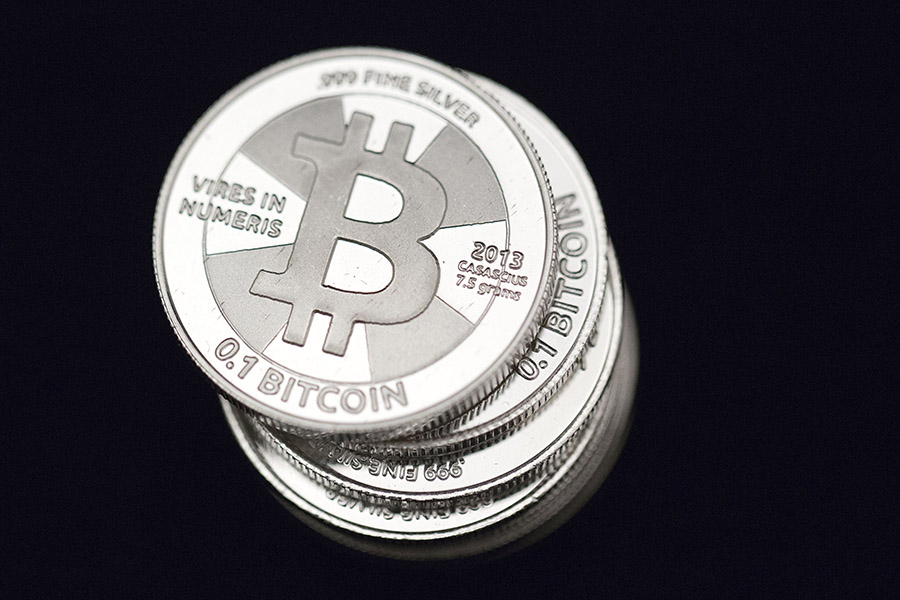 Image: Jim Urquhart / Reuters (Image for illustrative purposes only)
Bitcoin prices are on the rise. Over the last year, they were up by 330 percent and are currently traded at $ 1810. The price has shot up by 60 percent over the last month and that has attracted many Indians to this crypto-currency. Bitcoin price on Zebpay, an app-based bitcoin exchange mainly for Indian investors, works out to Rs 1.32 lakh.

The overall price of the currency has gone up on news that many countries are now making bitcoins legal. Japan has started to accept bitcoin as legal currency with consumer retailer Bic Camera leading the pack. This has resulted in the price of crypto-currency shooting up by 80 percent over the last one month, making Japan the largest bitcoin market in the world. Investors expect a lot more countries to make legal use of bitcoins. However, investors still need to be careful and hold only around 5 percent of bitcoins in their overall portfolio.

Russia has decided to regulate the currency and plans to make it legal in the near future, according to Bloomberg. Australia will accept bitcoins as legal currency from July 2017 and it will also be exempt from goods and service tax. In early March, the SEC rejected a proposal to launch an exchange traded fund (ETF) based on bitcoins. But now there is optimism that it is ready to review the proposal made by the Winklevoss twins who played a role in the creation of Facebook. If the application goes through, the bitcoin ETF will be one-of-its-kind that will allow retail investors to easily hold the asset in their portfolio.

The use of bitcoins surges when economies go through bad patches, political or financial crisis. That is the reason why it is also known as “Digital Gold”. Take for example, Venezuela. Since the time the country went through a political crisis under the rule of Hugo Chavez on the back of falling oil prices, violence erupted on the streets of the country. People had problems getting out of their homes. In such situations, many middle-class citizens took to bitcoin mining and started purchasing basic everyday items with the use of bitcoins on the internet (for more details listen to the econtalk podcast with Jim Epstein).

Bitcoin analysts feel this is a trend that will be seen in countries where economies are not stable or their home currencies are volatile. Many Chinese are also taking to bitcoins as the yuan continues to fall. China is turning out to be one of the big markets for bitcoin trading.

Similarly, Indians are slowly catching on the bitcoin fever. But most of them are doing it for the wrong reasons. They want to take a quick punt on rising prices of bitcoins and this can be dangerous. The number of downloads for Zebpay, has moved above its 500,000 mark. The exchange in its press release has said the present milestone shows the growing acceptance of bitcoin as one of the most emerging asset class.

While we can agree that bitcoin is an emerging asset class, the only problem is that the price is volatile and the asset class is new. Sceptics feel that the bitcoin is now another investment fad which will go through the dotcom style boom and bust cycle where investors would understand the importance of the technology but will not be able to value the same. A rise in bitcoin prices has led to a surge in Ponzi schemes in India where gullible Indians were made to invest into such schemes. The Reserve Bank of India has cautioned people against the use of bitcoins.

“If you are buying bitcoins for the short term, it is a bad idea. But if your horizon is above two years, you can still make returns from here. But bitcoins should not exceed more than 5 to 10 percent of your entire portfolio as there is a lot of volatility associated to the crypto-currency,” says Vishal Gupta, CEO, Searchtrade, a bitcoin technology and trading venture.

The currency has been used by terrorists and criminals. The recent Wannacry ransomeware attackers also demanded payments in bitcoins which bothers regulators or countries who want to legalise bitcoin as a currency. But countries are working out solutions and Japan and Australia are showing the way.

If more countries make it a legal currency, the chances of the price going up is high. Besides, the number of bitcoins that will ever be mined will be restricted at 21 million. Today the total number of bitcoins mined works out to 16.33 million. The next 4.6 million bitcoins will take some time to mine as bitcoin miners will be constrained in terms of computing power. So there are more reasons to believe that the price of this crypto-currency should ideally go up from here as well. But buyers will have to be careful and study this currency before investing.

Here are some resources about bitcoins:

## Nathaniel Popper of the New York Times and the author of Digital Gold talks with EconTalk host Russ Roberts about Bitcoin. Can Bitcoin make it? What went wrong with Mt. Gox? Why did Ross Ulbricht, the creator of Silk Road, just get sentenced to life in prison?

## In crisis-ridden Venezuela, mining this digital currency is providing a lifeline but comes with the risk of arrest

## Making Money: Promise and peril in the Indian bitcoin economy