The 71-year-old Prince Charles has been moving aggressively to assert his control, most conspicuously in trying to mop up the recent scandal that engulfed his younger brother, Prince Andrew, about his friendship with disgraced financier and convicted pedophile Jeffrey Epstein 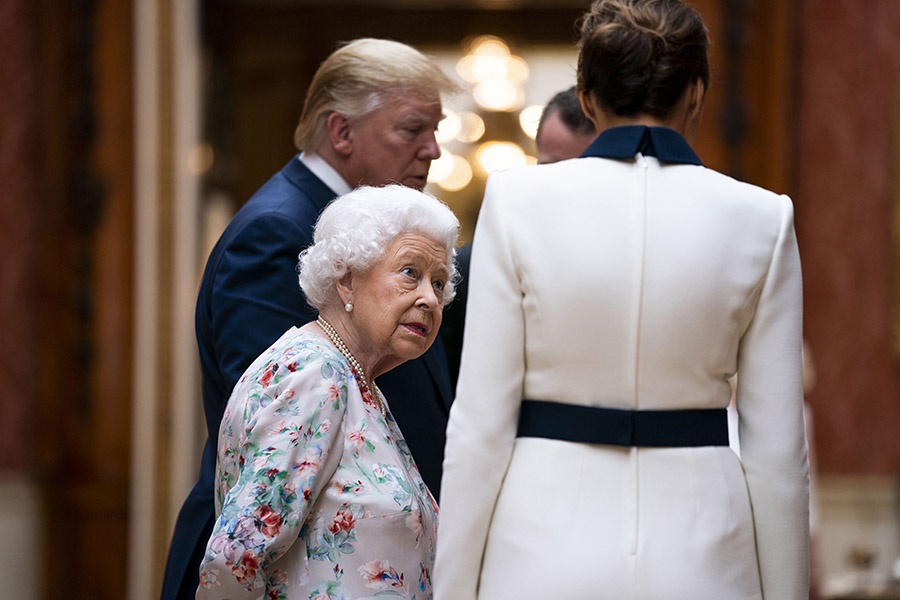 LONDON — When Queen Elizabeth II welcomes President Donald Trump and other world leaders to Buckingham Palace on Tuesday to mark the 70th anniversary of NATO, it will be another testament to her extraordinary longevity: She acceded to the throne only three years after the alliance was formed.

Yet it will also showcase the House of Windsor at a wistful turning point, with the 93-year-old queen fading into history as her 71-year-old son and heir, Prince Charles, moves aggressively to assert his control, most conspicuously in trying to mop up the recent scandal that engulfed his younger brother, Prince Andrew.

The fierce backlash over Prince Andrew’s television interview about his friendship with disgraced financier and convicted pedophile Jeffrey Epstein has thrown a harsh spotlight on the queen’s management of the Firm, as insiders often refer to the royal family. More significantly, it has also dramatized how Prince Charles has effectively assumed the role of monarch-in-waiting.

In the aftermath of Prince Andrew’s disastrous BBC interview, in which he showed no empathy for the teenage victims of Epstein and offered dubious defenses of his own conduct, Prince Charles called his mother from New Zealand to press her to strip his brother of his public duties. The Prince of Wales was said to be worried that the scandal had spiraled so rapidly that it was threatening to eclipse this month’s general election in Britain, the Times of London reported.

Prince Charles has long pushed for a more streamlined royal family, with fewer members carrying out official duties, drawing from the public purse, or generating damaging publicity. But the Prince Andrew debacle is the most visible sign yet that the shift has begun to happen. Some British papers all but implored the heir to take de facto control.

In an editorial under the headline “Shadow King,” the Times argued that the monarchy “needs a firmer grip at the center.” “This can only come from Prince Charles,” it said. “Although he has faced his own set of scandals, he has already taken on a greater role and can do more, in effect acting as king-in-waiting.”

Valentine Low, who covers the royal family for that newspaper, said that under the aging queen, “there are all these different entities in the family, and they operate in silos.”

“Andrew is a minor silo,” he said. “But you occasionally get a crisis where you need leadership from the center.”

The latest crisis erupted at a time when Britain’s political leaders, paralyzed by Brexit, are in little position to help. Far from steadying the crown, as Prime Minister Tony Blair did when the queen misjudged the public mood after the death of Princess Diana in 1997, today’s politicians are drawing her into their own frantic machinations.

Critics accused Prime Minister Boris Johnson of misleading the queen when he asked her to suspend Parliament for a period of weeks, rather than the customary few days, in an effort to curtail parliamentary discussion and action on Brexit. The decision was later declared illegal by Britain’s Supreme Court.

When the queen presented Johnson’s legislative agenda just weeks before Johnson called an election, critics said she was being exploited to deliver a campaign manifesto dressed up as a queen’s speech.

“Politics, as we see at the moment, are grubby, dishonest and chaotic,” said Penny Junor, a royal biographer. “The monarchy is a rock of stability that has served this country well in times of crisis. But we’re coming to the end of a pretty troubled year, which adds to the woes of the family.”

The interview with Prince Andrew raised a host of questions, not least whether the queen had signed off on her son’s decision to invite cameras into Buckingham Palace.

The BBC journalist who conducted the interview, Emily Maitlis, said the queen had. But given the opacity of the palace, even she hedged slightly: Prince Andrew, she wrote in a behind-the-scenes essay published in the Times, told her team that “he must ‘seek approval from higher up.’ It dawns on us then that he means the Queen herself. At 8 a.m. the next day we have a message telling us to call his office. The Queen, it seems, is on board.”

All of this intrigue unfolded, palace watchers noted, while Prince Charles was preparing to leave on his royal tour of New Zealand and the Pacific.

What happened afterward was less mysterious. After four days of brutal headlines, calls for Prince Andrew to testify under oath to the FBI and a wholesale exodus of the prince’s charitable organizations, Prince Andrew issued a statement in which he declared that he had asked his mother to let him “step back from public duties for the foreseeable future, and she has given her permission.”

The episode laid bare a paradox: While Buckingham Palace has prepared meticulously for the death of the queen and the accession of Prince Charles, its handling of the Prince Andrew affair shows that the royal family is less prepared to handle the vexing problems that keep coming up in the twilight of her reign.

Any overt move to sideline the queen would be extremely sensitive, given her beloved status. She remains a seemingly eternal presence in British life, logging nearly 300 public engagements last year and speaking for the nation, like when she issued a statement after the terrorist attack on London Bridge, thanking “the brave individuals who put their own lives at risk to selflessly help and protect others.”

But royal watchers said her grip on internal matters had weakened for several reasons. Her husband, Prince Philip, who functioned as the family disciplinarian, is 98 and lives in retirement at Sandringham, one of the royal estates. In January, after striking a car in his Land Rover, he claimed he had been blinded by the sun, in what proved a harbinger of a troubled year for the monarchy.

The queen had lost another trusted counselor in 2017 when her longtime private secretary, Christopher Geidt, left after an internal power struggle. Geidt, people with ties to the palace said, had put himself on a collision course with Prince Andrew and Prince Charles by trying to centralize control under the queen.

But they also credited Geidt with running a tight ship. A military scholar, he helped arbitrate the negotiations between David Cameron and Nick Clegg that resulted in a coalition government between the Conservatives and Liberal Democrats after the elections in 2010.

The queen’s current private secretary, Edward Young, is a less forceful presence, these people said. By contrast, the private secretary to Prince Charles, Clive Alderton, is a formidable former ambassador to Morocco who is expected to help the prince navigate his accession to the throne.

However unsavory Prince Andrew’s history with Epstein, royal observers said it did not pose as dire a threat as had the unraveling of Prince Charles’ marriage to Diana. Except for potential legal exposure in a criminal investigation of Epstein, Prince Andrew is likely to vanish into memory (though not before the BBC broadcasts another program about him and Epstein next Monday).

“They’ve moved swiftly to sort it out in the coldblooded and ruthless way they have,” Low said.

Simon Jenkins, a columnist and author, likened Prince Andrew’s travails to a scandal involving a Hollywood celebrity. He said it was “of absolutely no consequence” in a country that is going to the polls in two weeks in an election that will have profound consequences for its place in the world.

In an election debate two weeks ago, Johnson and the leader of the opposition Labour Party, Jeremy Corbyn, each tried, in their own way, to avoid making Prince Andrew a political issue when they were asked whether the monarchy was fit for purpose.

“The monarchy is beyond reproach,” said Johnson, who has faced questions about his own peccadilloes.

What Buckingham Palace needs to worry more about, royal watchers said, is Prince Harry and his wife, Meghan, Duchess of Sussex. Reports of strain between him and his brother, Prince William, and of Meghan’s struggles to adapt to her new life, are more damaging because these young royals symbolize the House of Windsor’s future, not its messy past.

“For them to be breaking away from the family,” Junor said, “does have implications for the future of the monarchy.”

Tweets by @forbesindia
How internet companies are preparing to fight the 'Deepfake' future
Meet Asha Mehta, the smart quant with a China strategy