Jeff Bezos tops the Forbes' 33rd annual World's Billionaire List, which reveals a drop in the total net worth of billionaires—showing they are not immune to the volatility of world markets 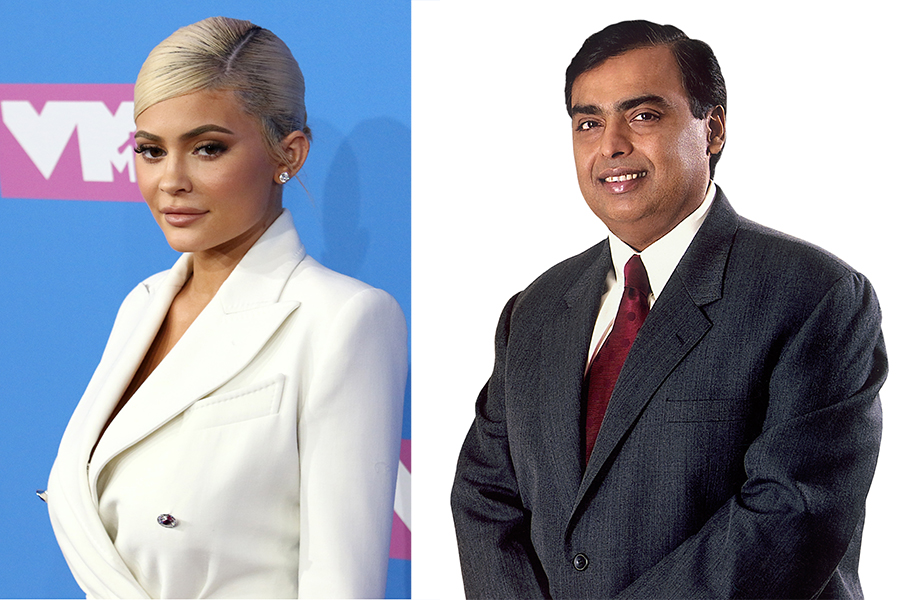 Mukesh Ambani is the 13th richest man in the world with a net worth of $50 billion, according to Forbes’ annual ranking of the world’s billionaires, released on Wednesday. Ambani is also the only Indian in the top 20 wealthiest people. Jeff Bezos has topped the list for the second year in a row, with his net worth increasing to $131 billion, up $19 billion from 2018, thanks to a rise in Amazon’s stock price.

The gap between the top two richest—Bezos ($131 billion) and Gates ($96.5 billion)—is the largest since 2001. At 21, Kylie Jenner has made it to the 2019 list for the first time, making her the youngest self-made billionaire with a net worth of $1 billion. Jenner is the owner of the three-year-old Kylie Cosmetics, which did estimated sales of $360 million last year. She beat Mark Zuckerberg’s record, who became a billionaire at 23.

Luisa Kroll, assistant managing editor of wealth, Forbes, says, “The billionaire ranks prove that even the world’s richest are not immune to economic forces and the volatility of world markets. Yet, even with strong headwinds, resourceful and relentless entrepreneurs find new ways to get rich.”

Amongst those who have lost significant worth are Warren Buffet and Facebook CEO Mark Zuckerberg. Although Buffett’s total fortune fell to $82.5 billion (a slide of $1.5 billion), he still maintains the No. 3 spot.

Zuckerberg, now at No. 8 with $62.3 billion, dropped three places and his total worth plummeted by $8.7 billion. However, the top 20 billionaires have a combined total of $1.2 trillion, same as last year and still the highest ever.

Of this year’s billionaire list, 1,450 members are self-made and 252 members are women. In terms of the country-wise divide, the US leads with 607 billionaires, followed by China with 324 members. “Of note this year was the large number of drop-offs in China, and the weakening of the euro vs dollar value, which pushed down the dollar value of European fortunes,” said Kerry A. Dolan, assistant managing editor of wealth, Forbes.