Anup Maheshwari, head of equities, takes over as CIO while Kalpen Parekh is named president of the fund 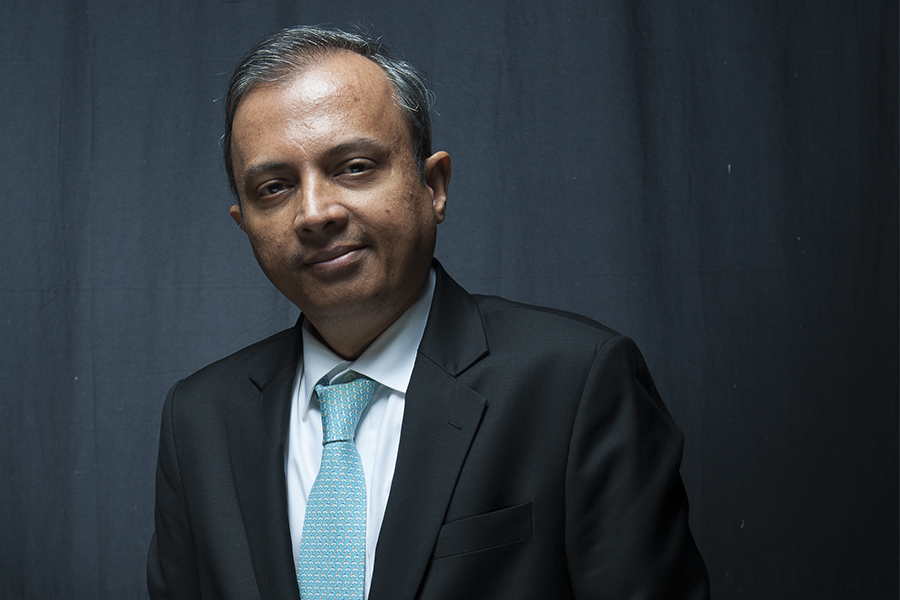 Naganath worked with the company (previously called DSP Merrill Lynch Fund Managers) from its inception in 1996 till October 1999 as chief investment officer. He was then employed with Credit Suisse Asset Management, New York, as a portfolio manager for international equities before coming back to DBRIM in 2002. Prior to his initial position at the fund house, he had worked in Hong Kong as a portfolio manager with Merrill Lynch Asset Management and GT Management, Hong Kong.

Anup Maheshwari, head of equities, has taken over as CIO while Kalpen Parekh is president of the fund. Parekh has previously worked as managing director and head of sales at IDFC mutual fund. He has 19 years of experience.

The mutual fund industry is surprised with many thinking aloud if Naganath’s resignation will affect the performance of the schemes. “DSP BlackRock created a focus and niche under the leadership of Naganath who was responsible for putting up a good and stable team.  The fund is now solidly driven by processes so the performance of the schemes will not be affected,” says Abhimanyu Sofat, VP, research, IIFL.

Naganath and his colleagues credit their success to the risk management and investment processes from BlackRock, DSP’s foreign partner that had purchased the 40 percent stake held by Merrill Lynch in DSP Merrill Lynch AMC in 2008 to create DSP BlackRock AMC. Globally, BlackRock oversees around $5.4 trillion, making it the biggest money manager in the world.

Naganath launched the DSP BlackRock Equity Fund, launched in 1997 (then called DSP Merrill Lynch Equity Fund). It currently has assets close to Rs 2,395 crore and has given a return of 20.77 percent since inception. It is one of the oldest equity schemes in the market. Naganath is credited for building the culture and ethos of DBRIM.

One of his best decisions was to hire Maheshwari when he was building the mutual fund team. Maheshwari was working in Mumbai as fund manager at Chescor Capital, one of the early FIIs registered in India in the early 1990s. The two had met in Hong Kong in 1995 and Naganath was aware of his passion for equity research. He wanted Maheshwari to be a part of DSPML. Maheshwari and Naganath since then kept learning from their mistakes and concentrated more on risk management. They saw the dotcom crash in 2000 and also experienced the infrastructure crash in 2007. They concentrated on the long-term performance of the fund instead of taking risks for the short term.

In 2010, the fund went through a rough patch. It was at that time that Naganath kept the team together and worked with them to build a solid investment performance that turned out to be a turning point of his career. He trusted his fund managers and allowed them to be independent. He wanted them to meet new companies and understand the new trends. He always questioned them about the logic or their investment thesis. By 2014, the funds started to perform. Almost all his funds are today present in the top quartile in their respective categories.

He and Maheshwari had seen that the midcap and small cap companies were undervalued. From 2013, his team started looking at these companies seriously and had an early bird advantage of spotting some of the best winners in this segment. The Micro-cap fund which is managed by Vineet Sambre has been a consistent winner in the last three years to the extent that they had to stop lump sum subscription for the fund. Over the last three years, the fund has returned 36 percent annually against the S&P BSE Small Cap index which returned 19 percent for the same period. It is this solid performance that has allowed the fund to build a strong name in the equity business. Naganath understands equities and the Indian market since the days of Harshad Mehta. He has seen it change with time, but he also knows that some of the basic things that drive the growth of companies have not changed. In the future, Naganath will continue to follow his philosophy of investing for the long term. But he is not saying what exactly he wants to do. “At this point, I see a lot of opportunities in finance. The world is changing fast and there are many interesting things to do,” he says.