The soon to be launched initiative will work to enable development while working with relevant stakeholders in the government, the bureaucracy and NGOs 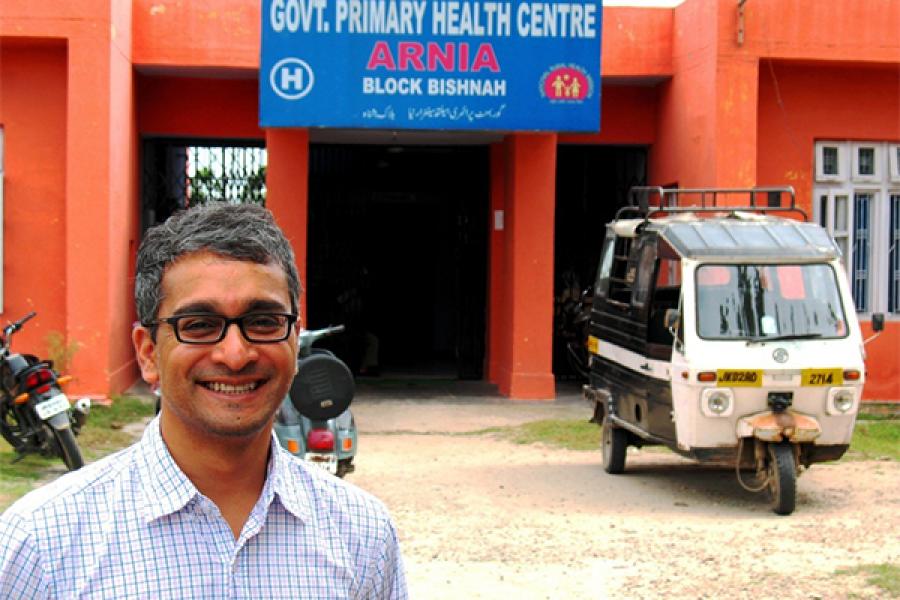 Professor Anup Malani, Lee and Brena Freeman Professor at the University of Chicago Law School, and faculty director of the Tata Centre for Development

The University of Chicago, along with Ratan Tata-led Tata Trusts is set to launch the Tata Centre for Development at UChicago to address India’s development challenges. The focus of the venture will be on “evidence-based research” which will look to ensure that the research is not limited to being an academic exercise.

“Now more than ever before, there is an urgent need to address social and economic development challenges in India,” Ratan Tata, Chairman, Tata Trusts, said according to a press release. The centre, which will be located in New Delhi, will build capacity for government, corporate and non-profit groups across the country.

Forbes India spoke with Professor Anup Malani, Lee and Brena Freeman Professor at the University of Chicago Law School, and faculty director of the Tata Centre for Development, about the partnership, the goals set to be addressed, and the specific techniques for achieving results.

Question: What prior involvement has University of Chicago had within India before the launch?
The University of Chicago has had a long history in India. I think that there are two notable early pieces of involvement. First is the contribution of Susan and Lloyd Rudolph, two political scientists from the University of Chicago, who documented Indian history for quite some time, and played a major role in understanding it. The second one occurred when Tata Trust set up the Tata Institute of Social Sciences (TISS) on the interest of one of our graduates who became its first director. Several of our faculty members have also been heavily involved in TISS.

There is also a lot of other work that is going on here. For example, I run a large randomized controlled trial in Karnataka, and Michael Greenstone worked on a project in Gujarat a few years ago where we were trying to improve the information that state pollution regulators had on pollution emitted by plants. The result was a big reduction in pollution. We have a large number of these sorts of projects.

Q: What led to the creation of the Tata Centre for Development?
Three years ago we began a project called the International Innovation Corps. We ran this International Innovation Corps like a social impact consulting/implementation firm. We would scope the project and set up monthly deliverables to quantify progress just like a consulting firm would. But the challenge is that we were only quantifying process measures. We counted the number of schools or teachers trained across a particular pedagogy. The trouble is that that is not the same thing as impact. Impact means improving test scores, graduation rates, attendance and grades. So for implementation we had to do some research. We asked ourselves, does research lead to change on the ground? When something works is it done more, and if something doesn’t work is it stopped? Usually the measures just results in a report or publication, which is good and prestigious for the university, but you want to see change there. So we knew we had to couple research with implementation and make sure every implementation had research.

Q: After identifying this technique, what did you see as the path to enacting these policies effectively?
We knew that this knowledge could not be effective unless implemented in more than just a small central area; we needed to ensure that these measures were effected in a multitude of states. To scale you need to take these lessons and convey them to government officials, state bureaucrats and effective NGOs in India. So you need three components: research, training, and implementation.

Tata Trusts liked this idea because they were involved with these three aspects themselves, and realized each could have even more value when integrated. So we decided to start a partnership and that partnership was the Tata Center for development in the University of Chicago.

We work in three verticals: health, water/sanitation, and energy/environment. In each of these areas we identify problems and pilot a solution to learn about its impact. In addition, we learn about pressure points in these areas and how to overcome them. We then package these ideas into a training module that we distribute to an executive education program, which then becomes the official training component.

Q: In terms of implications on the ground, will they be through executive education programs or will there be other means to creating a direct impact?
Direct impact will occur when we help the government implement projects; this directly helps states. It is even possible to have interventions that don’t succeed, and we allow for that, which is why we do the research. We try things out. If they work it directly helps the government, and if they don’t it produces knowledge. So, in each state we either succeed or we generate knowledge about what not to do, which is the direct impact. But the scaling happens through training programs that enable these techniques to spread throughout India.

An important part of this for us was to realize that this is not a competition. We will invite others to join us in trying this model to integrate research, implementation, and training.

Q: Will you have spaces in other areas across the country as well, or will you implement the general research from Delhi across the country?
The physical space will be in Delhi, but our teams will operate throughout India. If we have people doing implementation work in Mumbai, we will have a team in Mumbai. We will have local presence in each area that we are looking to effect. This local presence is often in a government office or in an NGO office if we are collaborating with an NGO. In Delhi we have the management of the whole program, but we don’t believe that there is direct positive impact that can be effected directly from Delhi.

Q: For perspective, can you tell us if this is an India specific case or are there other areas where the University of Chicago is involved in the same way?
Currently the University of Chicago does research and development in an uncoordinated way and our goal is to coordinate this going forward. For example, until now my randomized control trial in Karnataka has just been research, the help we provided to the government was merely claims analysis to help understand which hospitals are active. Going forward what we will do is integrate that research with more wholesome implementation. We will help the government by sending teams to help improve tertiary hospital care, or to teach people how to use insurance. They will work not just in data analysis but in developing ways to improve the hospital panel, develop ways to make these panels become more active.

The University of Chicago does not currently do training in India, we run remote MBA programs in places like Hong Kong. Our plan is to import this training to India. We would be talking with local programmers to get help. For example Tata trust already does some training for government officials; we plan to borrow that wisdom and capacity. We will do as much as we can ourselves, but we want people to collaborate with us and help us do as much good as possible.

Q: How involved do you intend for students to be in contrast with the work of trained professionals?
It is very difficult to have students involved since students can only be devoted full-time during their summers, and few projects only extend for three-months. Many are a year or multiple years.
So what you want is graduates from India, the United States, and across the globe; many want a job where they are having social impact, and not just a good salary. We try to achieve a balance. So half the teams are graduates from Indian universities and half are from the University of Chicago. They each bring different things to the table, and are both valuable.

In addition, we do rely on seasoned professionals and we do it in two ways. The first is our management will be faculty directors, people good at setting up executive education. In addition, we will bring in people who have worked on consulting or business to serve at the center as mentors.

We are also happy to take advice. The University of Chicago has a fantastic network of alumni and we are happy to rely on them and people who are like minded, and we do that all the time. We can go talk to them and get expert advice to various degrees. For example, now we are collaborating with BCG on our Rajasthan project, and they are instrumental in helping us become as effective as possible.

Q: Are your operations set to expand in the long term?
We will expand. We wanted to identify a small set of areas where we could make a lot of progress quickly. Currently, our key geographic projects will be in Karnataka, Belzona, Bihar, and Rajasthan/Maharashtra. In the future we will go wherever the projects lead us.

In terms of the subjects we will address, in one to three years we may decide we want to tackle education if we feel like we have a good capacity to do that work. A second area we may think of is the judiciary. Currently, there are a number of projects that are trying to understand the judiciary and its pressure points. We don’t have any current implementation projects in that realm and we may try to develop some sometime in the future.

I think that Tata Trusts would like to see this not just as a resource for Tata and the University of Chicago, but as a platform to get other entities involved in an integrated approach to implement lasting change.