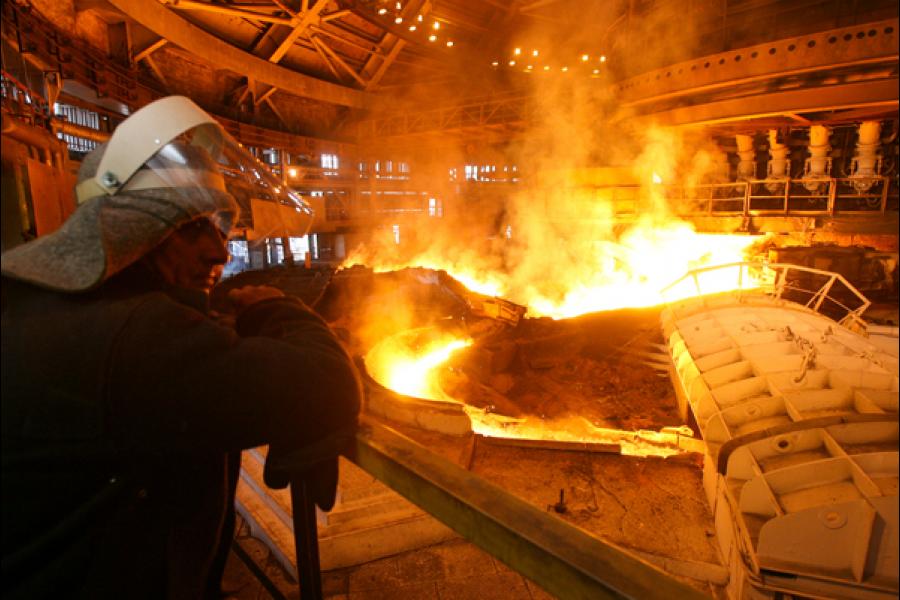 After eight years of patiently trying to revive its beleaguered European operations, which was impacted due to the financial crisis in 2008 and a subsequent economic slowdown in the Eurozone, Tata Steel is finally contemplating selling its UK business lock, stock and barrel.

“Following the strategic view taken by the Tata Steel Board regarding the UK business, it has advised the Board of its European holding company i.e. Tata Steel Europe, to explore all options for portfolio restructuring including the potential divestment of Tata Steel UK, in whole or in parts,” the steelmaking arm of the salt-to-software Tata Group said in a statement issued on Wednesday early morning. “Given the severity of the funding requirement in the foreseeable future, the Tata Steel Europe Board will be advised to evaluate and implement the most feasible option in a time bound manner.”

While the market for steel in Europe has been weak for a while now, a recent slowdown in the Chinese economy has impacted demand for steel in that country. But Chinese steelmakers haven’t cut back on production and have been flooding world markets with excess supply of steel, as a result of which the prices of the metal have crashed and severely affected the economics of steel production across the world, including in India.

This is the first time that Tata Steel has openly spoken of the possibility of selling the UK business entirely, after recognising hefty impairment charges of £2 billion over five years on account of the UK operations. Earlier proposed initiatives to remedy the situation in Europe had included a potential divestment of the long products business to Klesch Group, a Swiss conglomerate, though the deal never materialised; and mothballing a cast steel products unit in Teesside, UK in 2010 that resulted in the loss of a 1,000 jobs. Tata Steel also has been in talks with investment firm Greybull Capital to explore a potential divestment of the long products business in the UK. It isn’t immediately clear if that discussion is still on and if the scope of that negotiation will be expanded to cover the entire UK business.

Tata Steel said, in its statement, that it noted the deterioration of UK subsidiary’s financial performance over the last 12 months with “deep concern.” It stated that the global structural issues that have led to a weak steel market were likely to continue in the future and “have significantly impacted the long term competitive position of the UK operations.”

The company also reviewed a proposal for restructuring the strip products business in UK, prepared by Tata Steel Europe with an international consultant, the statement said. “Based on the review conducted, the Tata Steel Board came to a unanimous conclusion that the Plan is unaffordable, requires material funding support in the next two years in addition to significant capital commitments over the long term, the assumptions behind it are inherently very risky, and its likelihood of delivery is highly uncertain,” the statement said.“Therefore, the Board concluded that it would not be able to support the investment necessary to proceed with the proposed Strip Products UK Transformation plan.”

Tata Steel Europe’s earlier plan to sell parts of the business hasn’t always gone down well with the local workers’ unions. The company has some 6,500 employees in the UK and in 2014 these workers’ unionshad claimed that they weren’t given adequate notice of the proposed sale of the long products business contemplated by the company and that they weren’t convinced an outright sale was in their best interest.

In a statement issued after Tata Steel’s board meeting in Mumbai on March 29, Roy Rickhuss, general secretary of the Community Union, the largest labour union at Tata Steel UK said: “We will of course wait to see the detail of Tata’s divestment plans but, as we said before, it is vitally important that Tata is a responsible seller of its businesses and provides sufficient time to find new ownership.”

Community’s statement also added that the workers’ worst fear of a plant closure, however, were not realised.

Tweets by @forbes_india
Will the new FDI norms be a party spoiler for online discounts?
Mukesh Bansal: Episode II