According to a new study, most people are bad judges of which choices have the biggest effect on their carbon dioxide emissions. See if your guesses fall inside the range of realistic answers 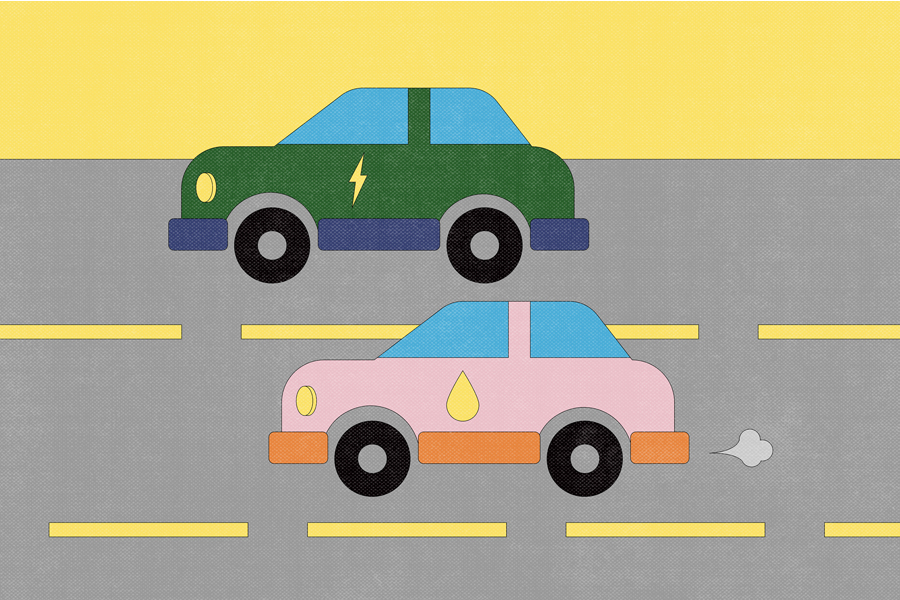 How good do you think you are at picking the best ways to reduce your emissions? (Ka Young Lee/The New York Times)

If you take an airplane trip, can you make up for the planet-warming emissions from that flight by doing things like driving less and turning off the lights in your house? The answer is yes, but one choice might be far more effective than the other. And, according to a new study, most people are bad judges of which choices have the biggest effect on their carbon dioxide emissions. How good do you think you are at picking the best ways to reduce your emissions? Take this miniquiz based on the study and see if your guesses fall inside the range of realistic answers.

Go vegetarian or cut down on packaging?
You decide to reduce greenhouse gas emissions by becoming a vegetarian for one year. Your friend doesn’t want to change her diet, but decides to cut down by purchasing only bulk foods (nothing with any form of packaging). How many years would it take your friend to save the same amount of greenhouse gases as you?

SOLUTION: You’d have to avoid food packaging for approximately 11 years to have the same effect as one year without meat, according to a 2013 study. Nearly everyone in the original survey guessed low, with the median response at 1.1 years. (The possible range of correct answers is 10.5 to 11.7 years. That’s because it would be nearly impossible, and not necessarily a good idea, to completely eliminate all packaging. To cut down on spoilage, we’re stuck with at least a bit of it!)

Where are the electricity hogs in your home?
Your house generates a lot of greenhouse gases, but not all the appliances and gadgets are equal. How many hours could you leave a lamp with an LED light bulb switched on and produce the same amount of greenhouse gases as a single load in a clothes dryer?

SOLUTION: You could leave an LED light on for roughly 300 hours, or 13 days straight, and have the same carbon footprint as one load in the dryer. In the original survey group, the median guess was 60 hours. Maybe switch to a clothesline? (The correct answer range is 272 to 354 hours, depending on the brightness of the bulb.)

Going on vacation?
Say you’re taking a one-way, economy flight from New York to London. You might want to make up for those emissions by giving up quarter-pound hamburgers. How many burgers would you need to skip to offset that flight?

SOLUTION: You’d need to skip approximately 278 burgers. That’s equivalent to all the beef consumed by the average American in 15 months. So, if you don’t plan to stay in London and you don’t want to take a sailboat home, you’d have to give up beef for more than two years in order to offset the emissions from your round trip. In the original survey group, the median guess was 100 burgers. (The range of correct answers was between 146 and 410. That’s because different studies have different estimates of the emissions that come from raising cattle and processing meat.)

How much better is hybrid?
You have a midsize car and you’re environmentally conscious, so you set yourself a strict limit of 100 miles per week. If you switched to a hybrid car, how many miles could you drive while still producing the same amount of greenhouse gases?

SOLUTION: On average, you could drive about 151 miles, but it depends on the cars. For example, if you switch from a Toyota Camry to a Toyota Prius, you could drive 190 miles — almost twice as far! The study group tended to overestimate the carbon trade-off, with a median guess of 200 miles. (The correct range is 112 to 190 miles, because different cars have different performance.)

Were you way off?
If so, don’t feel bad. You’re not alone. Researchers surveyed 965 people in the United States and Canada, and only one answered 3 of 4 questions correctly. Nobody got all four questions right.

When participants were asked to rank the effect of different activities, 4 out of 5 people underestimated the climate importance of flying. More than half overestimated the significance of reusable grocery bags.

“I was a little bit surprised at the persistence of some misperceptions,” said Seth Wynes, a doctoral candidate at the University of British Columbia and the lead author of the study, published in August in the journal Climatic Change.

Wynes said people may have underestimated the greenhouse gas sources they can’t see, like agricultural emissions, and put too much weight on the ones they encounter every day.

“You don’t see the methane emissions that a cow produces,” Wynes said. “You do see the exhaust coming out the back of the car.”