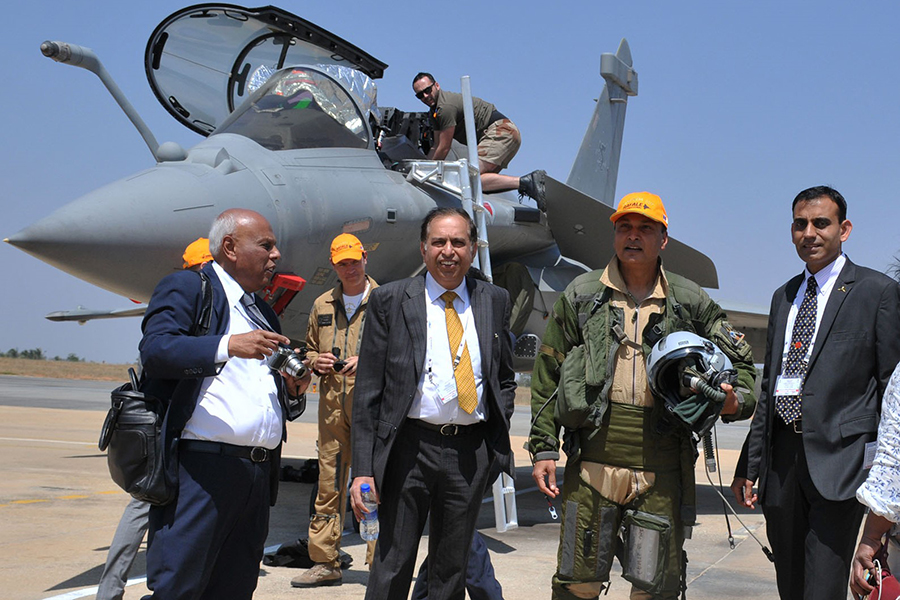 The partnership would look at opportunities in the production of carbon fibre composite aerostructures as well as 3D printing of aerospace components and airframe panels. The agreement would also deepen bilateral ties between the UAE and India.

“As an established player in the advanced manufacturing of aerostructures, we are keen to grow our capabilities globally with Reliance and expand our operational footprint by capitalising on innovative, cost-effective solutions that can benefit our customers while enhancing our financial performance,” says Badr Al Olama, CEO of Strata. The company has partnerships with the world’s two largest aircraft manufacturers, Airbus and Boeing.

“Working together with Reliance, we see a significant opportunity that can lead to the creation of a new tier-one global supplier: Designing, developing and manufacturing major aircraft components such as wings and empennages for the next generation of aircraft,” adds Olama.

The Dhirubhai Ambani Aerospace Park, located at the Multi-modal International Cargo Hub and Airport at Nagpur (MIHAN), is being considered by Reliance Defence Limited for a new facility to support its aerospace ambitions.

“India’s composites industry is at a nascent stage and projected to reach 4 lakh metric tonnes by 2020. The project has the potential to bring in significant foreign direct investment and cutting-edge technology in this niche composite aircraft manufacturing segment. 3D printing enables us to produce assembly and machining fixtures in one-quarter the time and at one-half the cost as conventional machining,” says Rajesh K Dhingra, president, Reliance Defence & Aerospace.

Tweets by @forbes_india
What next for Cyrus Mistry?
Mukesh Ambani: Data is the new oil; Trump blessing in disguise for India