Vaccines save millions of lives every year, yet there are close to 20 million unvaccinated or under-vaccinated children in the world today. 1 out of 10 of these children has never even received health check-up let alone vaccinations 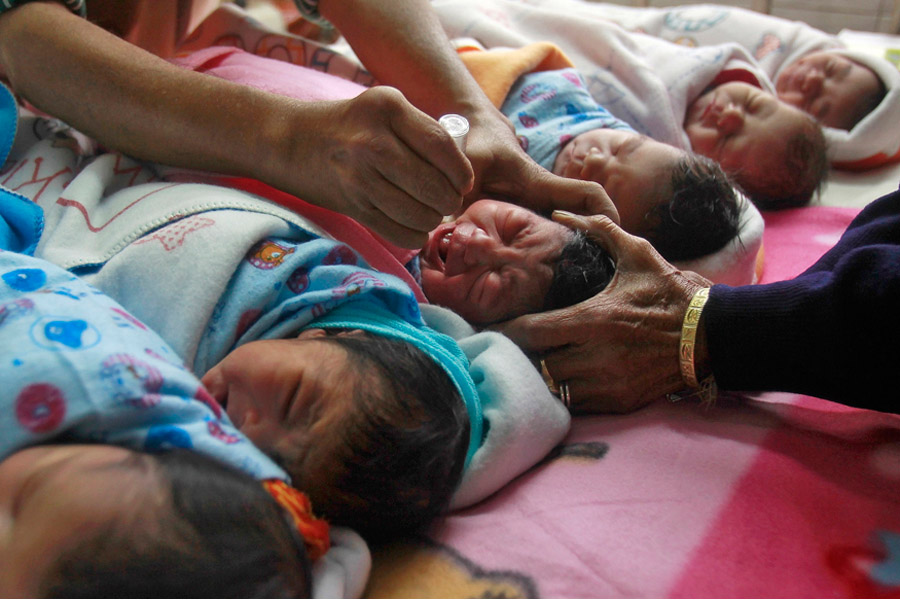 Vaccines save millions of lives every year, yet there are close to 20 million unvaccinated or under-vaccinated children in the world today. 1 out of 10 of these children has never even received health check-up let alone vaccinations.

In India, the problem is a little more complicated. Despite the country being one of the leading producers and exporter of vaccines, it has also been home to close to one-third of the world’s unimmunised children. Before the 1990s fewer than half of the children in the country were vaccinated. In 2014, 400 million vaccine doses were administered under the government’s immunisation programme. The number of vaccines was increased from 7 to 12 to include common life-threatening diseases like pneumonia and diarrhoea. While a complete course of vaccines given in scheduled sequence costs anywhere between Rs 200-250, 44% of young children still, do not receive the full schedule of vaccines leading to one million Indian children dying before the age of five every year. Here are a few key facts we need to understand:

Funding & Focus
Insufficient government and world funding for many years as well as focussing mainly on the polio vaccine meant that even with positive results from several initiatives, the need for large scale impact was missing. Then India’s Ministry of Health and Family Welfare launched Mission Indradhanush (MI) in 2014. The aim was to target the total immunisation between April 2015 - July 2017 and provide vaccination coverage to over 90% of newborns by 2020. While this increased the number of people covered by 6.7% (7.9% in rural areas and 3.1% in urban areas), it was not enough. In order to give total immunisation, the push it needed, the government then introduced the Intensified Mission Indradhanush (IMI) in October 2017. According to a study published by medical journal BMJ, between October 2017 and January 2018, full immunisation coverage showed marked improvement with a 69% in 190 of the lowest performing districts in India. Coverage
India’s immunisation programme is the largest in the world. Despite steady progress, a 2016 study showed that an estimated 38% of children fail to receive even necessary vaccines in the first year of life. Much of this is because chunks of the population are still nomadic or mobile while others are in isolated or difficult to reach locations. Misinformation
Another big reason the rate of vaccinations is not rising fast enough is that awareness is not at its peak. An underinformed and misinformed population that fear side effects and are influenced by anti-vaccination messages require much greater outreach access to scientifically sound information and education to change their minds. Staffing & Inventory management
Limited numbers of trained staff, particularly in marginalised areas is a big problem. However, besides this, understanding what the numbers are in critical areas and ensuring better management of the demand-supply balance is key to improving vaccine delivery to everyone. Logistics
Vaccine delivery requires more than needles, syringes, and droppers. In order to be effective, vaccines must be refrigerated from the moment they are manufactured until they are given to someone. But reports had shown that well over 25% of vaccines lose their efficacy by the time they reached doctors or were finally administered. With limited funding, any wastage means the final program takes a big hit especially in remote areas where logistics and infrastructure are already reasonably basic. To tackle this and in the process help both, the government’s routine immunisation and Mission Indradhanush programmes, more than 27,000 cold chain points have been introduced across the country. Each of these has refrigerators and deep freezers (some powered by solar energy and diesel generators), to keep the vaccines at optimum temperatures and ensuring active immunisation everywhere. Overall, immunisation is one of the first steps to achieving many healthcare objectives - from controlling viral hepatitis to curbing antimicrobial resistance and improving newborn and antenatal care. However, until we agree that routine immunisation is a necessity to better population health right from the beginning of life, India’s dream of complete immunisation will move forward very, very slowly.

Tweets by @forbes_india
Urmila Matondkar: New star on the political horizon
World Immunisation Week and the significance of this year's theme