Fraudulent property ads flood social media, but experts say that real estate in the Jammu region could see positive trends; they remain sceptical over the Kashmir market, however, even as unhappy Kashmiris say they want to sell land and move on 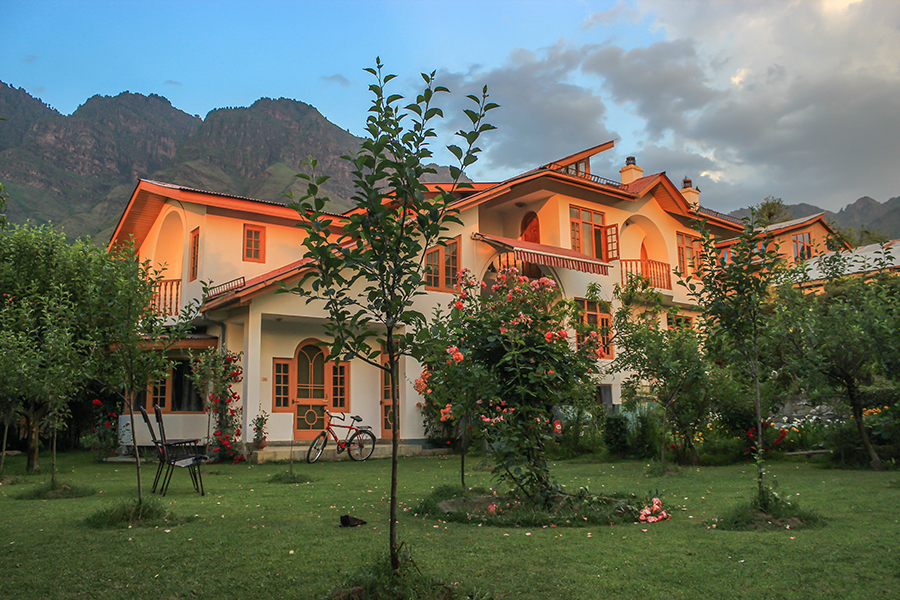 On August 5, this reporter got a text from an acquaintance, which said, “Book your land at Kashmir Laal chowk Rd from 11.25 Lacs with GST. KASHMIR 370 removed. Limited Stock! For more details call on 90192xxxx.” The same message came multiple times, from different sources. Enquiries revealed that the advertisement was fake, and the company, Eden Realty, hadn’t issued any such advertisement—a miscreant had used their phone number to post an advertisement.

Earlier, Article 35A gave the state government power to decide who would qualify as a permanent resident, and only they were eligible to purchase land or property. While the legalities of the new situation are still being discussed, real estate dealers and brokers have started pushing classified advertisements for the buying and selling of plots and flats in the region. However, many of these are trying to cash in on the newfound interest in the region, with scams and fake advertisements.

For instance, on 99acres, a well-known real-estate portal, a residential apartment at Raj Bagh in Srinagar comprising 20 bedrooms, 10 bathrooms and more than three balconies was listed for Rs 6 crore. When the listed owner started asking for money to share pictures of the property, the correspondent became suspicious and found that the details were fabricated. A customer care executive from 99acres said that while a quality check of the advertisements is carried out, it’s not always possible to visit the site and verify details. “Click on the report button mentioned below the advertisement. We shall take note of this case,” they responded.

Other advertisements on property portals such as Quikr, Makaan.com and propertywala.com also reflect a list of sites available in the newly-formed Union Territory. Makaan.com listed a residential plot of 2,101 square feet in Bagati Kani Pora, Srinagar, for Rs 75 lakh. Quikr had a 4BHK in NawaKadal in Srinagar for Rs 1.8 crore, and a 3BHK in Raj Bagh for Rs 42.9 lakh. A source in an online real-estate company said, on condition of anonymity, that fraudulent ads are often used to gain leads to potential customers.

“If you click an advertisement for a particular property in Srinagar, the click will be logged, and you will be added to the dealers’ database. They classify clients as potential buyers and will continue to sending you advertisements, in emails or otherwise. Dealers capitalise on such events to widen their reach of clients,” the source added.

Real estate trends: Jammu vs Kashmir
Home sales in India’s nine major markets declined by 11 percent in the first quarter of this financial year as compared to the same period in 2018, according to a quarterly report by PropTiger, a real-estate advisory. New project launches reduced by a drastic 47 percent.

"Severe liquidity crunch and harsh market conditions have forced realtors to exercise extreme caution with new launches, in order to survive. This pattern may continue going forward too," the report noted.

While the country’s real-estate market is suffering at large, the Jammu region has seen positive price trends, say property dealers in the area. “Jammu has experienced some infrastructure growth with apartments, restaurants and stores coming up, and the region has been largely peaceful. With these factors, price trends in the Jammu region have gone up,” says Sudhindra Bhatia of Bhatia Properties, based in Dwarka in New Delhi, who deals in J&K property through area-specific agents.

From his experiences, he recalled that usually, built-in houses are sold or rented. Bhatia said that the prices in Jammu can be as high as Rs 60 lakh to 65 lakhs for a 2BHK apartment.

According to Makaan.com price trends, the price of property in Jammu starts at Rs 2.8 lakh, while the average price is Rs 69.07 lakh. The average price per square foot is about Rs 2,300.

Property dealers Dream Enterprises’ proprietor, Aman Khanna, expects the government to revise the circle rates. Dream Enterprises has three properties in Jammu, two 3BHK flats and one plot of 3,735 square feet. “The surge of property prices will depend on potential client and circle rates, if revised. As per our calculation, Jammu will see a 30 percent to 40 percent jump,” he said.

However, dealers express concerns about the Kashmir region. Bhatia says that while his company hasn't released any online advertisement after the government's announcement, it has begun to receive calls asking about properties in Kashmir. “If things turn out to be positive as the government is speculating, we will open properties for all. However, I am not sure how much prices in Kashmir will jump. That will depend on the demand and supply, but for now, we need to understand the legalities first.”

Earlier this year, the Divisional Valuation Board Kashmir had revised the market rate of land and structures. The notification mentioned tehsil and colony-wise market value of plots. For Srinagar’s famous Nowhatta Downtown, the decided rate was Rs 43 lakh per kanal for a residential plot [1 kanal= 5,445 square feet] and Rs 69 lakh per kanal for a commercial plot.

While Khanna is optimistic about Jammu, he remains sceptical over Kashmir too. “Scrapping Article 370 isn’t a guarantee for good business. Positive market sentiment is also necessary,” he says. “We need to create an environment for business first.”

Khanna adds that before the outsiders come in, the region’s residents should decide to benefit from the decision. “The government will be needed to develop infrastructure and jobs here. A stable political atmosphere is important, even from an investor perspective,” he says.

Since the repeal, the Confederation of Indian Industries (CII) is reportedly partnering with J&K’s local government, and plans to organise an investors' summit between October 12 and 14 to attract investment to the region. CII has also recommended a 10-point policy agenda advocating economic growth here, including sustainable industrial growth, creating a climate of investment and a boost to sectors such as tourism, infrastructure and connectivity, agriculture and horticulture, and renewable energy.

Unhappy Kashmiris set to sell land?
While the rest of India is eyeing a piece of land in the Valley, Kashmiris stationed outside Kashmir are feeling betrayed. One such Delhi-based Kashmiri trader, wishing to remain anonymous, said, “India has betrayed all of us, who neither supported the Azadi movement nor were pro-Pakistan. I don’t know what will happen once the curfew is lifted. I just want to sell my property and settle in Dubai with my family.”

A Delhi-based Kashmiri student echoed his thoughts: “Abbu [father] was already planning to move. Now he has got reasons to do it. If we are forced to expect that our right to self-determination has been crushed forever, there is no reason for us to be here. We have two choices, be troubled forever or move to a safer place.”

(Author is New Delhi - based freelance writer and a member of 101Reporters.com, a pan-India network of grassroots reporters.)

Tweets by @forbes_india
Why should you invest in a Bajaj Finance fixed deposit now?
Mahindra Finance: Off the beaten track