When children made cameo appearances on two live British news segments, one presenter engaged with the child, while the other interview was cut short. Social media users offered their verdict 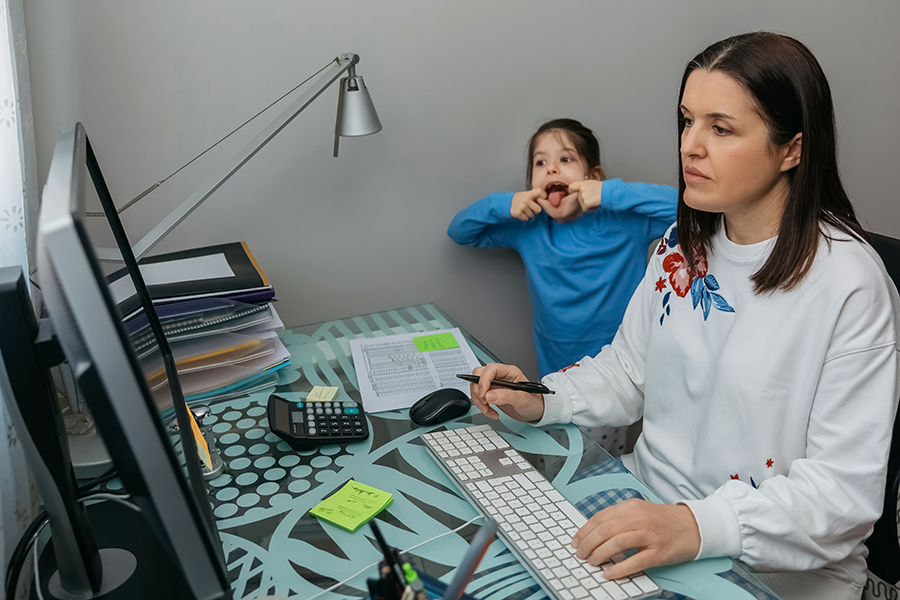 LONDON — It was a study in contrasts. In one instance, as an expert on global health policy was being interviewed on the BBC about coronavirus lockdowns in Britain on Monday, her daughter could be seen in the background dealing with a pressing question: Where should she display her unicorn drawing? The expert, Clare Wenham, an assistant professor at the London School of Economics, had been about to answer a question about Britain’s pandemic response when her daughter Scarlett came into the frame. After Wenham finished her answer, the presenter, Christian Fraser, asked what her daughter’s name was, and then suggested that the drawing should go on a lower bookshelf. “This is the most informative interview I’ve done all day,” he quipped at the end of the clip. In the other instance, the son of Sky News’ foreign affairs editor, Deborah Haynes, interrupted her to ask for two cookies while she was discussing former Prime Minister David Cameron on air. “I’m really sorry — that’s my son arriving,” Haynes said. “Sorry, I’m really embarrassed,” she added, before agreeing to her son’s request. The interview was cut off shortly after, and the presenter, Mark Austin, finished by saying, “OK, we will leave Deborah Haynes in full flow there with some family duties, but that’s what happens during lockdown and trying to report in lockdown.” Both segments were reminiscent of a BBC interview that went viral in 2017 after a professor was interrupted by his children and wife, and reflected the present reality that millions of people have been facing in recent months while working from home during the pandemic. Yet despite Austin’s acknowledgment that the situation has left many parents also juggling child care duties, Sky News’ handling of the interruption attracted disdain from viewers on social media while the BBC presenter’s approach drew praise. “Poor showing from @SkyNews,” Ashley Theophane, a professional boxer, wrote on Twitter. “No need to cut her off.” “Wonderful to see the realities of homeworking for parents,” Heather de Gruyther wrote on Twitter about the BBC interview. “And thank you to the presenter for making it OK and for talking to the child too.” Dan Smith, another Twitter user, said that it was likely that someone behind the scenes had asked the presenter to cut away, but that Sky News came across as embarrassed and aggressive. Austin offered his own assessment afterward. “I was keen to stay with it and find out which was the biscuit of choice,” the Sky News presenter wrote on Twitter, “but international affairs beckoned.” He later added that the interruption had been “the best bit” of the program. “Should have stayed with you,” he said.

Tweets by @forbesindia
Is the five-day office week over?
Covid-19 Dictionary: The A to Z of the dreaded disease