Female passengers said they were pulled from a Sydney-bound flight in Doha and given a medically invasive exam to see if they had recently given birth after an abandoned newborn was found in an airport bathroom.

By Livia Albeck-Ripka and Yan Zhuang 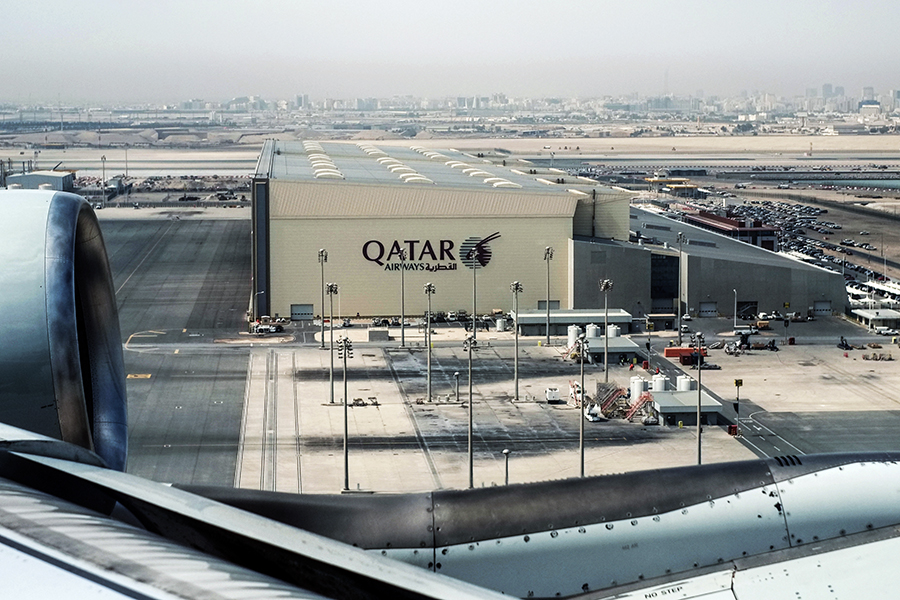 DARWIN, Australia — The Qatar Airways flight bound for Sydney had been mysteriously stalled on the tarmac in Doha for more than three hours when an announcement boomed through the cabin. All female passengers had to take their passports and disembark immediately.

They were marched from the plane and directed to ambulances, where, according to Australian officials and accounts from some women, they were strip-searched and given invasive medical exams to see if they had recently given birth because a newborn had been found abandoned in a bathroom at Hamad International Airport.

The episode in Doha ignited anger and disbelief in Australia. It called into question Qatar’s treatment of women and threatened to tarnish diplomatic ties between the two countries.

Among the women who told Australian officials she had been examined while transiting through the Qatari capital on Flight QR908 was a 31-year-old Australian nurse who asked that she be identified only by her first name, Jessica, because of the personal nature of the exam.

“I was scared,” she said in an interview Monday. “We were all, like, ‘Can someone please tell us what is happening?’” Speaking of the woman who examined her, she said: “All she said was ‘A baby has been found in a bin, and we need to test you.’”

The exam occurred Oct. 2, but the experience of the women went public only after Australian news station Channel 7 broke the news over the weekend.

On Monday, the Australian government said it was demanding answers from Qatar Airways.

“The Australian government is deeply concerned at the unacceptable treatment of some female passengers on a recent Qatar Airways flight at Doha Airport,” the authorities said in a statement. The government called the passengers’ treatment “offensive, grossly inappropriate and beyond circumstances in which the women could give free and informed consent.”

The case has been referred to the Australian Federal Police, which said they were aware of the matter and would not comment further.

Qatar Airways could not be immediately reached for comment. Hamad International Airport said the newborn found abandoned at the airport was being cared for but remained unidentified.

As for the medical examinations, a spokesperson for the airport said: “Medical professionals expressed concern to officials about the health and welfare of a mother who had just given birth and requested she be located before departing HIA. Individuals who had access to the specific area of the airport where the newborn infant was found were asked to assist in the query.”

At a news conference Monday in Canberra, Australia’s minister for foreign affairs, Marise Payne, said that government officials were first made aware of the incident by passengers on the flight from Doha.

“This is a grossly, grossly disturbing, offensive, concerning set of events,” Payne said. “It is not something I have ever heard of occurring in my life in any context.”

She said that Qatari officials had indicated they would provide a report on the incident, and once she had reviewed the details, the Australian government would determine its next steps.

Flight QR908 was stalled on the tarmac in the evening when a dozen Australian women, as well as women of other nationalities, were removed from the plane, according to Wolfgang Babeck, another passenger.

“I personally found this disturbing,” Babeck, a law professor who was returning to Australia after visiting his sick father in Germany, said Monday.

When they returned, Babeck said, many appeared “shellshocked,” and others were crying.

“Everybody was, of course, desperate to get home,” he added.

At least 13 of the women were from Australia, according to reports the women gave to the Australian government. Some passengers on the same flight suggested that, based on information provided to them by police, their plane might not have been the only one on which women were forced to submit to the invasive exams.

The Doha episode shined a harsh light on the treatment of women in a country where systemic gender disparity and oppression are common, and where it is illegal to have sex or become pregnant outside of marriage. Local women charged with such a crime, known as “zina,” can be imprisoned.

The chief executive of Qatar Airways, Akbar Al Baker, was accused of sexism in 2018 when he said that women were incapable of doing his job because it was “very challenging.” He later apologized.

The episode also raised the question of whether foreign women traveling through the airport in Qatar could legally be subject to the same laws, and to invasive and potentially nonconsensual procedures, experts said.

Tweets by @forbes_india
Photo of the Day: Amy Coney Barrett confirmed to US Supreme Court in win for Trump
China's Ant Group to raise $34 billion in world's biggest IPO