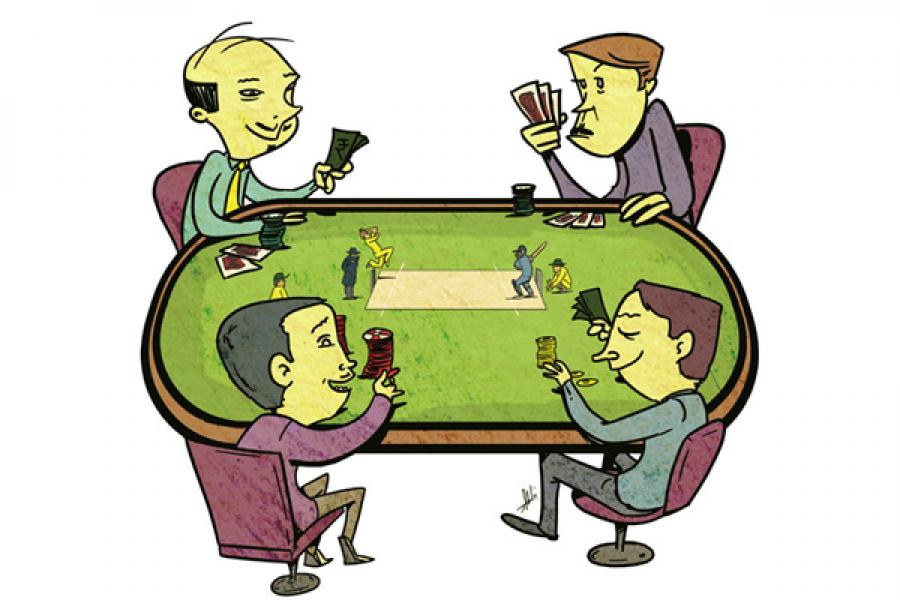 Match fixing has reclaimed its infamous position in the world of cricket. Three Pakistani cricketers are in the dock for spot fixing of matches. And the International Cricket Council is trying to fix the rot.

There may be a way to curb the extent of match fixing. Legalise gambling in countries most prone to match fixing. UK Sports minister Hugh Robertson has made a case for legalised, regulated gambling in cricket-playing nations such as India. But is that the best idea?

“The simple answer is we should,” says economist Professor Bibek Debroy, “I don’t think there’s any point banning anything — if you ban anything it goes underground.” Bookmaking is illegal in India but that has not prevented a thriving illegal industry estimated to be worth more than Rs. 1,800 crore. Betting has thus become a lucrative option for criminal elements, where money can flow between gambling, drugs and even terror.

“Our view is that unregulated game tends to lead to loss of tax revenues and encourages a black market which involves crime and betting on credit — which aren’t very helpful in developing societies,” says Alex Kovach, CEO, International Development for Ladbrokes, a British-based gambling company.

What about the social taboo attached to gambling and the horrible stories of people who have gambled away all their life’s savings and are reduced to utter destitution? Interestingly most sociologists we spoke to don’t believe that betting is a cultural taboo. “Let’s not forget the Mahabharat is based on gambling,” says Professor Narendar Pani, at the School of Social Sciences, NIAS. “The idea you can stop fixing by stopping betting is an extreme view — it’s like saying we shouldn’t have stock exchange because there are scams.”

Suhail Nathani, Partner at Economic Laws Practice, in Mumbai says the solution lies in improving legislation. “I would focus on having a better regulatory structure and making gambling a legitimate, tax paying business.” A good model for us to follow is Britain, the world’s most liberalised market and the smallest black market for betting. Here, an independent body, the Gambling Commission, regulates Britain’s thriving industry including bingo, casinos, the lottery, scratch cards and of course, sports.

It’s not just the sport that will benefit due to legalised betting. According to official data, the UK earned Rs. 10,000 crore in tax revenues from the gambling sector last year. A European Commission study in 2006 found that the size of this sector corroborated with approximately 1 percent of the GDP of member countries. For India, that means revenues of Rs. 45,000 crore.

In April this year, in an interview to an Indian newspaper, K. Madhavan, a former CBI officer who led the investigation on match fixing 10 years ago, said the ban on betting in cricket made it easier for avaricious participants to fix matches. Earlier this month, a Delhi trial court suggested that betting in cricket and other sports should be made legal in the country and the revenue generated should be used for public welfare. Are we listening?

Tweets by @forbes_india
Book: The March Of Mobile Money
The Consumer Appeal of Underdog Branding