It took a while for designer Nirali Ruparel Gurwada to find her calling. Today, she fills the gap for customised men's shoes in the Indian fashion market 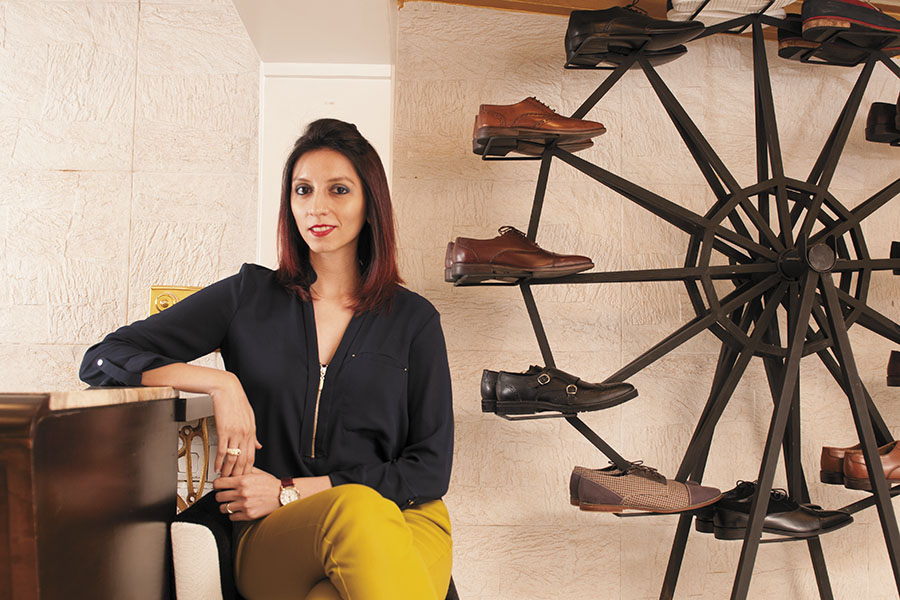 Nirali Ruparel Gurwada, founder and CEO of Achilles’ Heel, has made a mark in the men’s footwear space in India. She now wants to make a name for herself globally
Image: Mexy Xavier

As live action unfolded at the 2016 Rio Olympics, a TV channel brought together a panel of international and Indian Olympians as well as sports experts to analyse the performances at the global event. Legendary swimmer Ian Thorpe was one of them and the show stylist wanted a size 13 pair of shoes for him. She contacted Nirali Ruparel Gurwada, founder and CEO of Achilles’ Heel, a luxury footwear brand for men.

What followed was a detailed process that involved taking six to eight measurements to make a mould and create a pair of customised grey and blue patina espadrilles for him. “He was clear about the style and colour that he wanted. He was also pleasantly surprised to see a woman in a man’s world [business-wise],” says Ruparel Gurwada.

As a woman designer in the men’s footwear space in India, Ruparel Gurwada, 32, is a rarity. Through her company, she offers made-to-measure, bespoke shoes to those with specific demands. Her website offers customising options in shoe shapes, designs and materials so that buyers can design shoes as per their preferences and have them delivered. There’s also extreme customisation, for which the designer meets her clients to understand their requirements before making the mould.

Considering that she got interested in shoes only in 2011 and set up Achilles’ Heel in 2012, Ruparel Gurwada has managed to achieve a lot in a short time. But that is hardly surprising given her focus and determination.

At 16, she was the youngest aerobics and spinning instructor at Talwalkars, conducting morning classes before heading to college. In fact, after training to be a dietician, she planned to launch a fitness and nutrition brand with her mother—a fitness consultant and yoga instructor. 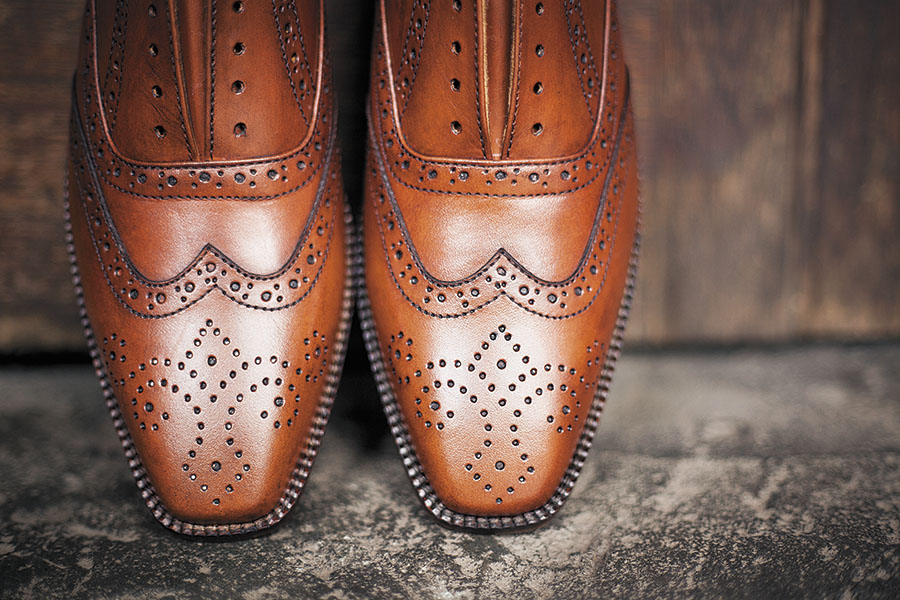 Full brogues, one of the many design options offered by Achilles’ Heel; bespoke shoes


But then she did a mass media course and joined Hello! magazine as a marketing relations advisor, where her job profile required close involvement at photo shoots, styling and brand play.

One thing led to another and she realised she was more interested in the fashion and creative space, especially shoes. “Shoes are a visual endpoint, and yet receive a disproportionate amount of attention. And though they cover just 5 percent of your body, they make up for more than 30 percent of the visual judgement when sizing up a stranger,” she says.

According to Ruparel Gurwada, India produces 3 billion pairs per year. “And we consume 90 percent of what we produce domestically while the rest is exported,” she says.

The men’s footwear market is a larger chunk of the pie and that’s the reason she decided to venture into that segment. “It was a strategic decision,” says Ruparel Gurwada.

She might consider herself an entrepreneur first and a designer later, but once she had found a gap [in the shoe industry] and decided to fill it, she set about learning all there was to know to make a success of it.

After four years at her magazine job, she enrolled for a six-month advanced footwear design course at the Footwear Design & Development Institute, Mumbai, where she made shoes from scratch. “I believe practical know-how is more important than theoretical,” says Ruparel Gurwada. To understand the intricacies of her craft better, she then worked at a local shoemaker’s workshop and followed it up with a stint at a factory in Napoli, Italy, for four months. 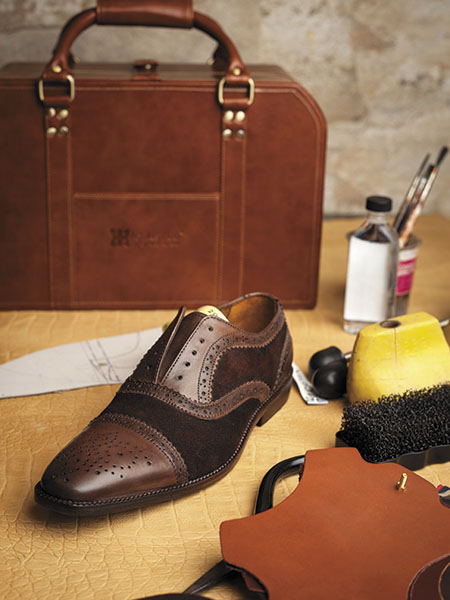 Bespoke shoes are packaged and delivered in classy leather cases with utmost care
“I began to outsource and sell when I started out and gradually and organically grew to have my own workshop and artisans,” says Ruparel Gurwada, who launched her label in August 2012.

The DIY option on her website lets buyers custom-craft their shoes by choosing between hide (leather) and vegan (pleather—a cotton-backed polyurethane). The design options range from Oxford and Derby to monks and mojris. You can choose from various shapes, styles, materials (from nappa to patent), designs (plain base to cap-toe to brogues) and colours as well as lining and soles.

The shoes she designs cater to various strata and are priced accordingly.  A DIY pair, for instance, starts at around Rs 10000. It can go up according to the customer’s specifications.

What she offers on her website are made for “mass with a class” while the extreme customisation caters to those who want bespoke. During her meetings with clients, she spends a substantial amount of time educating them about the art of extreme customisation, what it takes to make a pair of bespoke shoes, and how imperfections are beautiful because the shoes are entirely handcrafted, also a reason why no two pairs are identical.

The meetings are also an opportunity for her to learn from her clients.

“I can use my customers to gain insights from the choices made by them and use the data to stay ahead of competition and design the next collection,” says the designer-entrepreneur whose client list, besides Thorpe, includes the 6’9” Austrian basketball player Bernd Volcic, filmmaker Homi Adajania, actor Rana Daggubatti of Baahubali fame, Arjuna Award-winner and national swimming champion Rehan Poncha, and hockey player Sandeep Singh.

Today, Ruparel Gurwada has a team of five artisans and a stylist, and she sources her leather from Chennai and Europe. “I keep travelling to Europe to update my techniques by working in a factory, and gain hands-on experience. Even though we don’t use a machine besides a sewing machine, it is important to understand the streamlined factory processes,” she says. It was during one of these trips that she picked up the art of patina, which is the artistic colouring of entirely handcrafted footwear.