Although we discount noise as a mere irritant, we will be a nation of deaf people if we don’t control noise. Only awareness and people’s participation can prevent our collective deafness, Sumaira Abdulali writes 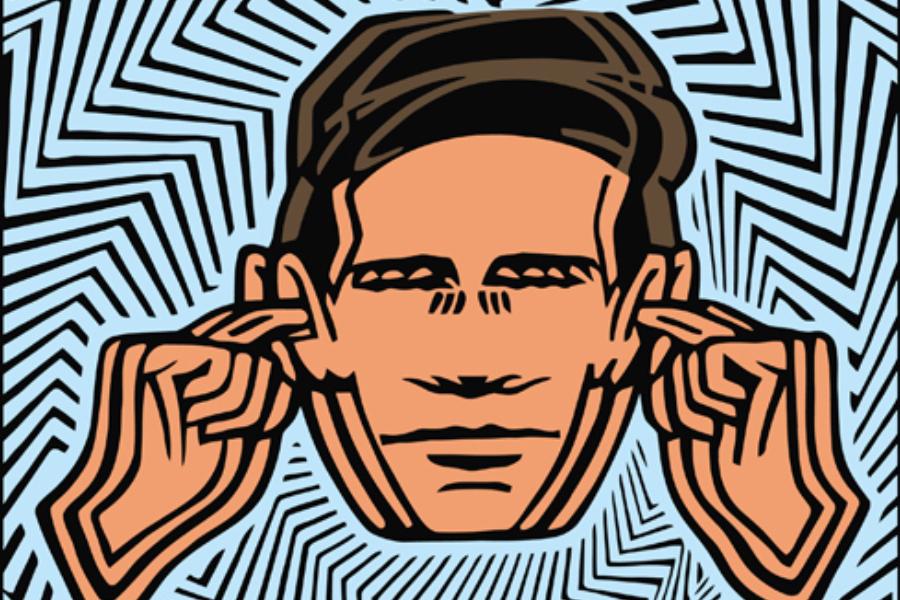 Just as a free application to measure decibels empowered people to complain effectively against noise pollution, a new World Health Organization (WHO) application now empowers us to check effects of noise pollution on our own hearing. While launching the first World Report on Hearing in March 2021, WHO said that the highest percentage of the 2.5 billion people who will lose hearing by 2050 will be in the Indian subcontinent. Among the most common effect of noise is a disabling hearing loss, and in India, hearing loss from noise exposure is already widespread. Although we discount noise as a mere irritant, we will be a nation of deaf people if we don’t control noise. Only awareness and people’s participation can prevent our collective deafness.

Central Health Minister Harsh Vardhan, himself an ENT surgeon addressed the WHO launch virtually. He said that leisure, work-related and excessive residential noise are risk factors to hearing loss. He added, India is committed to put in place preventive strategies to limit an “impending mountain of hearing loss”.

In 2006, India had launched a national programme for prevention and control of deafness. Despite this, government action on the ground has been ineffective. Ministry of Environment, Forest and Climate Change, Minister of State Babul Supriyo told Lok Sabha that in seven cities where noise was measured in 2020, not a single one complied with ambient noise standards in residential and silence zones. “Noise pollution can be attributed to vehicular traffic, honking, railways, metro trains, aeroplanes, industries, generators, construction activities, use of public address systems, bursting of firecrackers, etc.” He went on to list that noise levels from vehicles were permissible up to 120 decibels (far in excess of WHO safe standard of 85 dB and beyond permissible limits in silent, residential, commercial, industrial zones and forest areas) and mentioned honking as a major source of noise pollution. Awaaz Foundation’s readings over the past two decades show public address systems up to 123 decibels and joint readings with the Maharashtra Pollution Control Board have measured firecrackers beyond 140 dB.

Awaaz Foundation has worked since 2002 to bring awareness to noise pollution and its health hazards, including hearing loss. We conducted some of the early audio-metry tests along with AURED, an NGO working to educate deaf children, on hearing of children living in the chawls of Mumbai and traffic constables. They are among those most affected by continuous exposure to traffic and other forms of prevalent noise. It was unsurprising that hearing loss was that prevalent. Awaaz Foundation has conducted numerous studies over the past two decades to measure traffic, construction, airports, railways, recreational, political, and religious noise. We have partnered with the Pollution Control Board, the police, and the Maharashtra government, and have been successful in some reduction of noise from some of these sources, particularly festival and recreational noise, with participation from the public.

In 2003, an elderly Mumbai woman called my phone, the new ‘hotline’ for noise complaints, set up after an early Bombay High Court order. She told me just the knowledge that loud noise was approaching from a festival procession in the distance, caused her unbearable distress. "I know you can’t help me but at least you don’t think I’m crazy, though I’m trembling already, just at the thought. At least you’re listening,” she said. Among other effects, noise pollution causes stress, anxiety, and mental illness. Like with cigarette smoke in the 1980s, people who experience noise exposure are often ignored because noise is not commonly recognised as a health hazard. It is considered ‘necessary’ or ‘fun’ and hearing tests are not common as eye check-ups.

“Indians love noise. These ideas to control noise are Western ideas,” they say, even as politicians across party lines and disagree on almost everything else, uniformly resist the uniform implementation of noise rules for political and commercial gain. 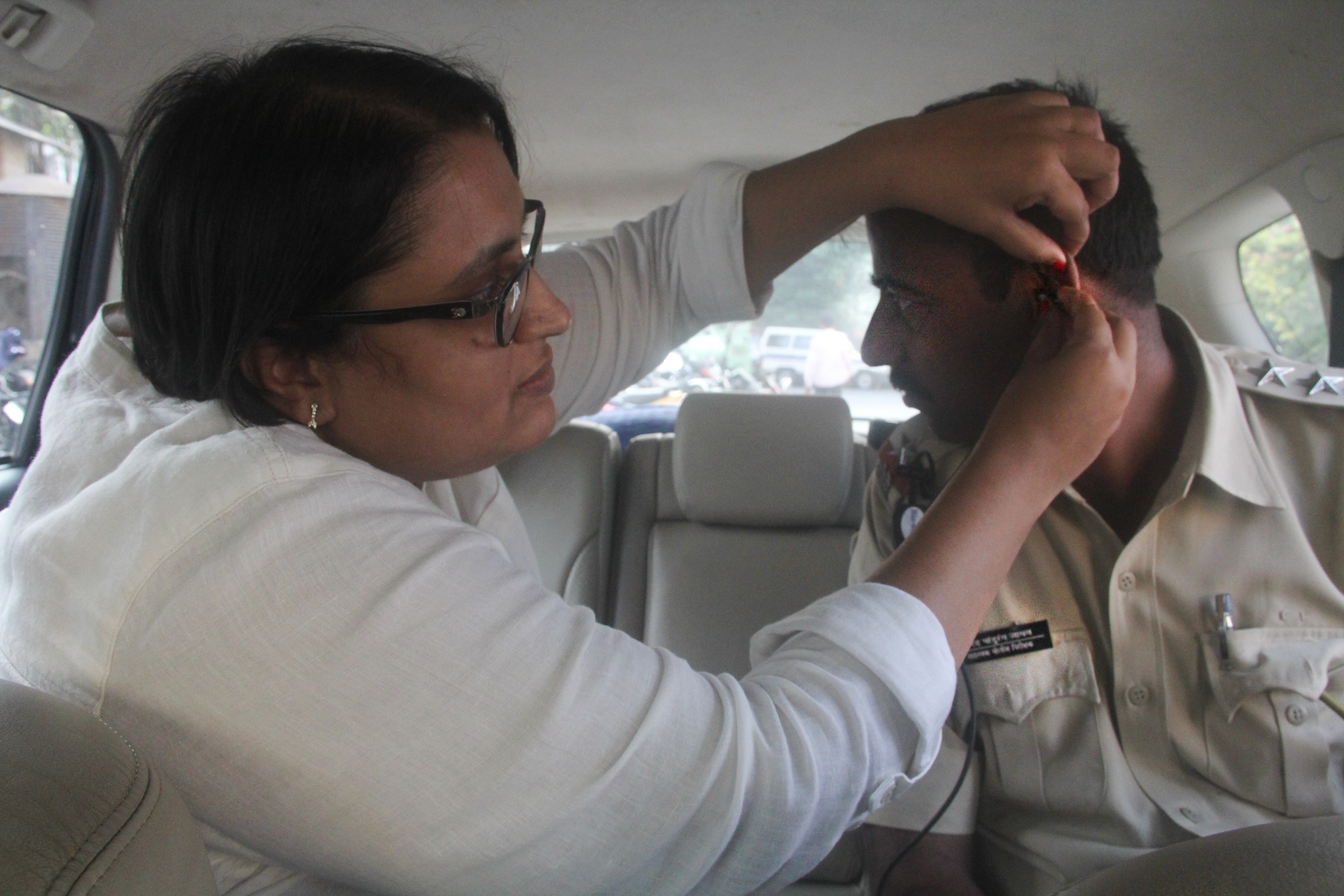 It’s us, the people of Mumbai who know the experience of noise is inescapable in the noisiest city of India, which is among the noisiest countries in the world. Our experience includes mental health illness, rage, irritation, stress and sleep deprivation, deafness and tinnitus, blood pressure, and heart disease. In Mumbai, a two-decade long movement against noise pollution has provided some relief from its most acute forms: noise from firecrackers which measured over 140 decibels until recently, and loudspeakers during festivals which peaked at 123 decibels in 2013 (the threshold of pain and the sound of a jet engine taking off respectively) have reduced over the past years. In the past two decades, courts, governments, and people have come to accept that noise pollution is harmful. However, other forms of so-called ‘unavoidable’ noise like religious places, traffic and construction continue to intensify. Measurements of traffic noise taken yesterday showed that noise from traffic, which had declined to  41.7 dB in April 2020 (during the Covid-19 lockdown) is back up to 88dB.

In the indomitable spirit of Mumbai in a crisis, the year of the pandemic discovered new ways to engage with traditional practices during festivals while safeguarding exposure to air and noise pollution; alongside economic and personal catastrophe, we experienced the quietest and cleanest festival season in nearly two decades when decibel levels fell from a high of 123dB in 2013 to 100.7dB in 2020.

In 2020, before the Covid-19 lockdown, noise pollution emerged as the new health crisis of the world, as WHO and other reports showed that noise pollution impacts many people who suffer ill effects beyond hearing loss without knowing it. Due to restrictions on movement during the lockdown, I was unable to measure noise widely but continued to receive complaints from people who used free decibel meter applications on their mobile phones. Even while much of the city experienced quiet as the noise from traffic and festivals reduced, other noise sources intensified and contributed to the surprisingly high levels reported by the National Noise Monitoring Network in the lockdown year.

Despite the almost total standstill inactivity, noise levels reduced by only up to 6dB compared to 2019. Among the contributors to noise were infrastructure and construction sites, loudspeakers at religious places, recorded railway platform announcements, loud air-conditioners, which created a din through day and night.

Exposure to noise can result in hypertension, cardiovascular disease, mental health illness, and possibly even cancer, says Dr John Panicker. Pollution and emissions affect the health of humans and animals, alter natural patterns and rhythms, and are causes of climate emergency. The link between pollution and health was especially highlighted this year. However, while a zoonotic pandemic transmitted from wildlife to humans dominated in 2020, Covid-19 is not the only environment-driven health crisis we suffer. Noise pollution has been a chronic hazard for decades in Mumbai. 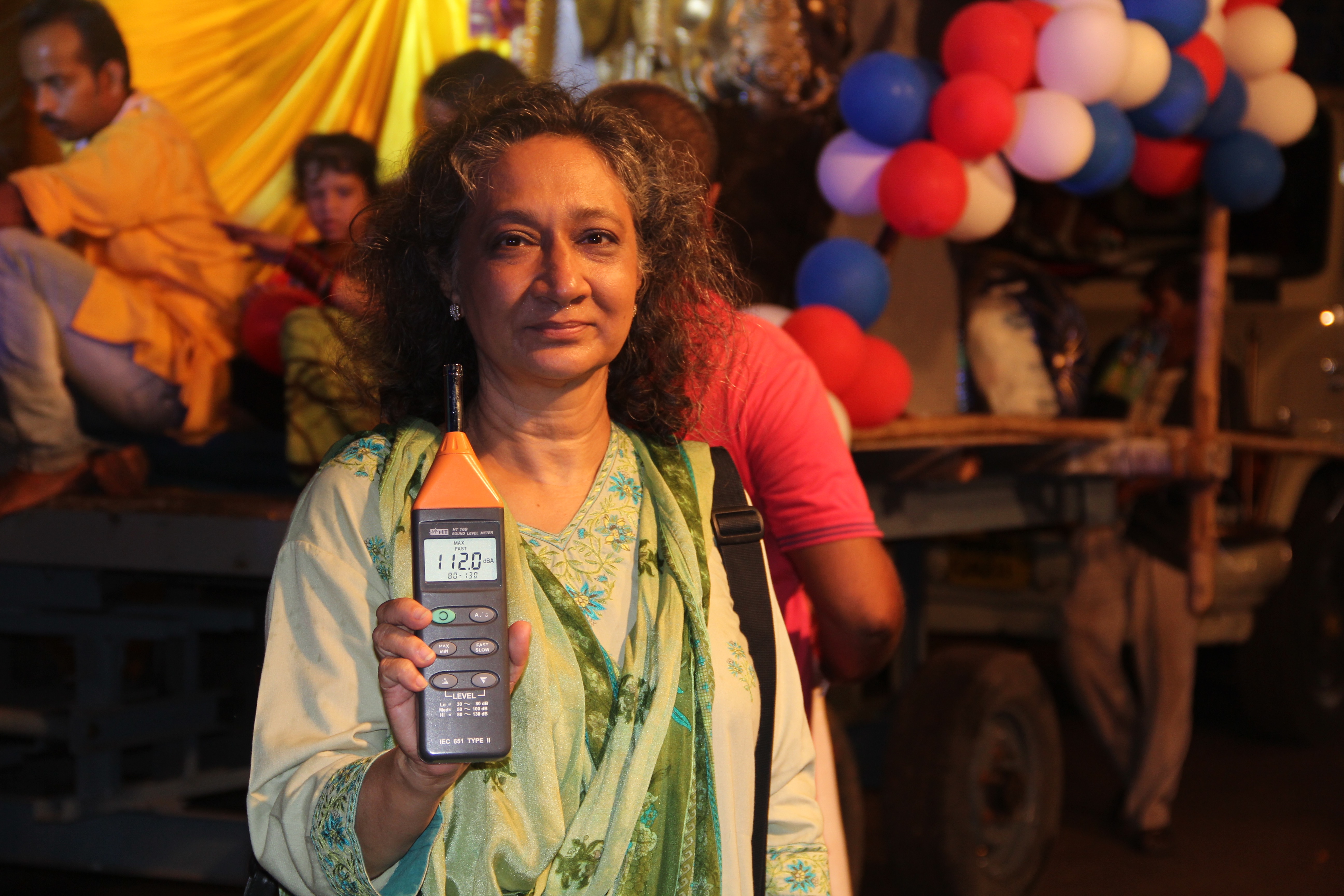 Sumaira Abdulali checking decibel levels at a festival in Mumbai

Awaaz Foundation's studies have quantified that Mumbai honks 1.8 million times an hour, although a National Environment Engineering Research Institute (NEERI) report points to traffic as a major contributor to noise, there is almost no enforcement of traffic noise rules. We need anti-honking laws to be enforced alongside other police enforcement priorities such as seat belts, helmets, and drink-and-drives. Decibel meters may be installed at every traffic junction or other appropriate spots so that people may be constantly made aware of noise sources, easily identify sources, and take corrective action to limit their own exposure. Noise from construction, loudspeakers, firecrackers, religious places, and all other noise sources also need urgent enforcement.

Protection of health is one of the government’s primary responsibilities.

Link to WHO App to test hearing on mobile phone: hearWHO

5,645
Thank you for your comment, we value your opinion and the time you took to write to us!

Tweets by @forbesindia
Prev
Don't honk, ok please: Quieter roads can make them safer too
Next
A greener construction sector? An idea whose time has come