Stating that the RBI is monitoring the situation developing out of Covid-19 outbreak, he noted that the contraction in exports in March at 34.6 percent was much more severe than global financial crisis of 2008-09. 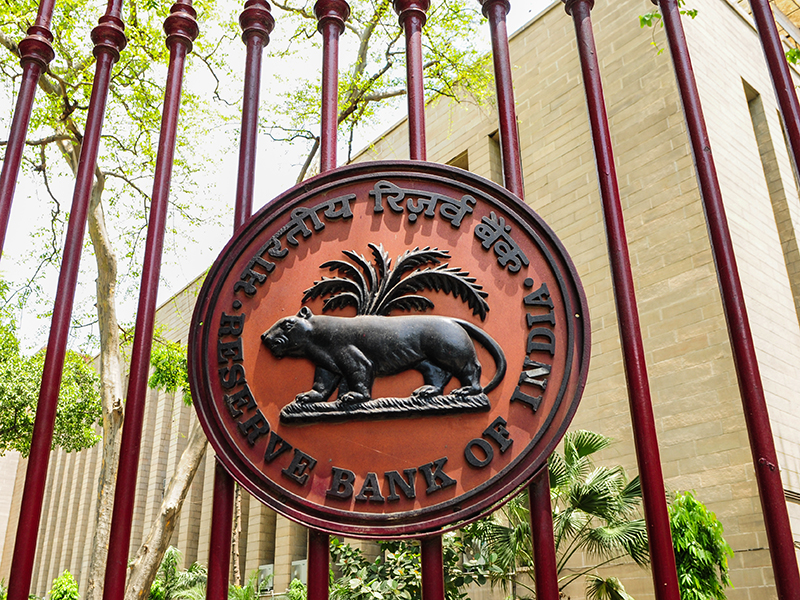 Making a slew of announcement to ease the pressure on financial sector, Governor Das said that the 90-day norm will not apply on moratorium granted on existing loans by banks.

On the inflation front, he said CPI based inflation has declined March and it is expected to ease further.

RBI will take advantage of the falling price situation and pass on benefit to borrowers, he hinted.

Says investments under TLTRO 2.0 must be made within one month; Exposure in this facility will not be reckoned under large exposure framework, governor adds pic.twitter.com/E1bIWqyk0u

The central bank reduced the reverse repo rate-the rate at which banks park their fund with the central bank-by 25 basis points to 3.75 percent. This will encourage banks to lend to the productive sectors of the economy.

With regard to other measures, Das said RBI will begin with giving an additional Rs 50,000 crore through targeted long-term repo operation (TLTRO) to be undertaken in tranches.

Besides, he announced a re-financing window of Rs 50,000 crore for financial institutions like Nabard, National Housing Bank and Sidbi.

He further said surplus liquidity in the banking system has increased substantially as result of central bank's actions.

Stating that the RBI is monitoring the situation developing out of Covid-19 outbreak, he noted that the contraction in exports in March at 34.6 percent was much more severe than global financial crisis of 2008-09.

The liquidity coverage ratio (LCR) of scheduled commercial banks will be brought down to 80 percent from the existing 100 percent with immediate effect.

"LCR requirement for scheduled commercial banks is being brought down from 100 percent to 80 percent with immediate effect," he said.

The inflation is on a declining trajectory and could fall below the central bank's 4 percent target by the second half of this fiscal amid challenges posed by COVID-19 pandemic.

Das said the consumer price index based retail inflation has fallen by 170 bps from its January 2020 peak.

"In the period ahead, inflation could even recede further, barring of course any supply side disruptions and may even settle well below the target of 4 per cent by the second half of 2020-21," Reserve Bank Governor Das said in a early morning video conference.

The retail inflation for March fell to a four-month low of 5.91 percent on cheaper food articles. PTI KPM

Amit Jain, Co-Founder and CEO, Ashika Wealth Advisors, said, the "Indian currency already depreciated by 7 percent YTD. Further stimulus, monetisation or Increase in possible fiscal deficit might push it further. If currency Depreciates further by 3 percent then the Indian government may have to pay '4.3 lakh crore Rupees' as an additional Interest in their foreign borrowings which Amounts to approximately, '1.8 percent of our GDP'."

With further cut of 25 basis points in reverse repo rate, other banks may also follow the path of State Bank of India to reduce rate of interest on their saving accounts. Today, with increased provisioning limit on loan accounts of banks, it may put pressure on banking stocks in short term. However, it is directionally a good step by the RBI for safeguarding Indian banking system," he said.

Piyush Gupta, Managing Director, Capital Markets at Colliers International India, said, "There have been specific mention of lending to real estate sector by NBFCs which reflects increased focus of the regulator on this sector. Developers now have additional one year to repay lenders which is over and above one year available so this will help management of cash flows and reduce asset classification stress of real estate focused NBFCs. Further, a window of Rs. 50,000 cr under TLTRO will provide incremental liquidity to NBFCs, MFIs which could be utilised for onward lending to the real estate sector."

The cut in reverse repo rate will bring liquidity in the marketplace with banks being able to lend more, said Kaushal Agarwal, Chairman, Director, The Guardians Real Estate Advisory. "Crucially, the banks need to give up the cautious lending approach to ensure delivery of RBI measures on the ground. The refinance facilities of Rs.50,000 crores for NABARD & NHB, and mandatory 50% investment of TLTRO-2 to small, mid-sized NBFC's will bring much needed capital for HFC's & NBFCs, a move that was much required. The extension of realty loans by a year and NPA Classification relief for SMA accounts will go a long way in helping developers and MSME's tide over the ongoing crisis."

The prevailing confusion on asset classification of loans has been put to an end with the central bank announcement. Deo Shankar Tripathi, MD and CEO of Aadhar Housing Finance said, that from "now on standard classification status of loans as of 1 March will exclude the 90-days moratorium period from 1 March to 31 May, which means status of loans shall remain at a standstill till 31st May. This comes as a big relief to borrowers and lenders," he said.