The Logic of Randomness in the Stock Market

No matter how attractive a stock, avoid it if you are unwilling to bear the cost of being wrong 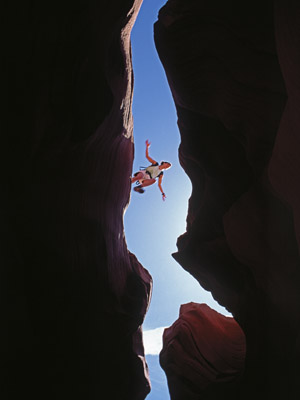 The overwhelming majority of investors are convinced risk is related to volatility. Warren Buffett and Benjamin Graham have emphasised the importance of viewing risk as the permanent loss of capital. The truth lies somewhere in between. The meaning of risk is greatly influenced by your time horizon. For a day trader, a sharp decline in the price of a stock leads to permanent loss of capital simply because time is not on his side. For the investor with a five-year time horizon, the same decline may well be a spectacular opportunity. However, if the long-term investor suffers serious capital erosion, time will fail to heal the problem.

Once the logic of permanent capital loss is understood, one may well be excused for thinking volatility really does not matter. Volatility matters simply because it plays games with our mind and makes us do the wrong things—buying high and selling low. Given this emotional linkage, it is vital to understand what leads to ‘risk’. In the absence of randomness, it would be possible to forecast perfectly and investing would be devoid of risk.

Randomness really matters for two reasons—the level of uncertainty and the significance of its impact on the final outcome. In turn, the analysis of uncertainty depends on the frequency of occurrence and the predictability of various possible outcomes. Rational investors assign their priority in forecasting events based on the significance of the impact. Therefore, one serious method of coping with risk is to minimise exposure to unpredictable events with significant negative impact.

Charlie Munger put it wonderfully by saying, “Tell me where I am going to die and I’ll make sure not to go there!” An equally acceptable alternative is to invest in companies where the impact of change on the earning power of the business is glacial. Hardly surprising that Buffett loves Coca-Cola, See’s Candy, and Wrigley’s. He made the same assumption about the newspaper business and the spread of the Internet seems to have caught him on the wrong foot. So putting this version of risk-management into practice is simple, but not easy.

Clearly, randomness is not absolute. The same event may well be more random to one individual than to another based on the extent of knowledge each of them has about why the event came about. Finally, and most importantly, incremental knowledge permits us to cope with the effects of randomness in an exponentially superior manner. The better we understand the businesses we are exposed to, the less likely the permanent loss of capital.

Nassim Taleb, author of the classic Fooled by Randomness, recommends understanding how it works by studying alternative historical paths. This means that more than just focussing on what took place in the past, one needs to think about what might have happened, but did not actually transpire. This creative approach in constructing an alternate history provides great insight in attempting to think rationally about the future and prepare for unexpected consequences that are likely to have a dramatic impact.

Think about the consequences of dealing creatively with a deteriorating fiscal deficit and current account in a capital-starved economy. Hindsight bias (explaining an event perfectly after it has taken place) can actually prove to be lethal for a number of less than obvious reasons. First, it is easy to develop a false sense of clarity and be lulled into a sense of complacency. Second, you might end up learning the wrong lessons and worst of all, hindsight makes you appear smarter than you are. Not surprising then that you think you control more than you do.

Internet stocks in the late 1990s and Long-Term Capital Management (LTCM) are vivid examples of how difficult it is to identify the effects of randomness.

Building a ‘circle of competence’ based on knowledge and experience combined with recognition of your limitations is bound to result in more intelligent asset allocation and stock-picking. Another way to deal with the consequences of randomness is to look at the cost of being wrong when we make a decision. If it turns out that you are unwilling to bear that cost, avoid gunning for the gains no matter how attractive they may seem.

While we may not see it that way, random events may well drive the prices of stocks you own way beyond what they are worth. Equally, it may drive high-quality companies considerably below intrinsic value, providing an opportunity to buy more. Most of us miss these opportunities since the natural tendency is to look outside your existing portfolio. One way to get around this habit is to pretend you are 100 percent in cash and starting from scratch!

Building on this thought, here are a couple of ideas that are worth revisiting.

Corporation Bank (477) has a pristine loan book, impressive capital adequacy capable of sustaining credit growth in the high teens for a couple of years and superior operating efficiency relative to its peer group. It has an exceptional track record in terms of profitability (5 year average Return on Equity in excess of 20 percent and 5 year average Return on Assets of 1.1 percent) and a competent management team that has delivered 15 percent+ growth in the last decade. Despite these achievements, it trades at 4.7 times current year earnings and 0.85 times book value quite apart from offering a historic dividend yield above 4 percent.

Sundram Fasteners (53) is another ‘randomness paradox’ available for a song. Widely acknowledged as a role model for excellence in manufacturing and corporate governance, this market leader from the TVS stable is likely to witness a renewed surge in growth considering the rapid progress in its Chinese operations. The company is likely to clock a consolidated EPS of Rs 6 in the current year which could well compound in excess of 20 percent for the next 3-4 years based on the outlook for the domestic automotive industry and the contribution from its Chinese subsidiary. A stellar opportunity to own a company poised for highly predictable and sustained growth.

As Eric Hoffer said, “Creativity is the ability to introduce order into the randomness of nature.”