Medicines For A More Moral Society?

What science has to offer to fight corruption

Your colleague doesn’t show up when a big deliverable is due. He is not answering his phone or responding to messages and the entire team needs to scramble to make up for his absence. He claims he was ill, though he has done this a number of times before. He is witty and masterful at manipulating emotions, thus able to maintain his position at the company. We all have our favourite words for these kinds of people. Clinically, this person is not all right and has a personality disorder. Let’s test your people reading skills. Would you say he is (a) paranoid, (b) obsessive compulsive, (c) anti-social or (d) avoidant?

According to the psychiatry classification schemes, he has an anti-social personality disorder. Such people have a tendency toward impulsive behaviour and lawlessness. Most of them may make minor transgressions, while others become all out criminals. 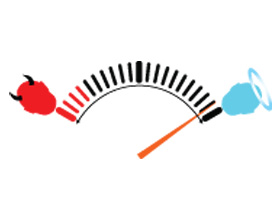 People don’t wake up one day and decide to become this way — genes play a strong role to predispose anti-social behaviour. Unhealthy psychosocial conditions seen in children with conduct disorder make this behaviour even more likely as an adult. The important corollary is that healthy psychosocial conditions could modify genes (yes, we can all change) and redirect someone from growing up into a bad citizen.

As mass demonstrations against corruption engulf the country, what can we do to clean up our society? The answer may surprise you. We can feed our children. Poor nutrition in children under three is associated with anti-social behaviour. This is partly mediated by low IQ levels that come from a weak and poorly fed brain.

The portly corrupt don’t suffer from poor nutrition today (did they as children?), but science has some tricks we could even try on them. Studies have shown that anti-social people have low levels of serotonin, a neurotransmitter that controls mood, sleep and appetite.

This is easier to understand through the ultimatum game, a favourite of neuroscientists. Two people play. One (the ‘ proposer’) offers a deal on how a sum of money would be split between the pair. If the other (‘responder’) accepts, they both receive the money. If he rejects the deal, neither receives any money. Clearly, accepting any offer, regardless of how fair it is, benefits the group.

Dr. Molly Crockett of the University of Zurich found that responders who took a serotonin enhancing drug rejected fewer deals, thus acting in a more pro-social way.  Her earlier work has shown that depleting serotonin had the opposite outcome.

In the future, we will use new medicines and technologies to improve our lives. But the question is whether we will use these technologies to improve our societies. That would imply we would let society use drugs and devices on us. Ask me and I think it’s much easier to just start feeding our kids.
Dr. Kumar, and our health team, can be contacted at health.forbesindia@network18online.com

Tweets by @forbes_india
N Murali: I Have Not Known Life Except In The Hindu
A New Model for Business: The Museum