A New Model for Business: The Museum

At first blush, the consumer appeal of a business like Groupon seems pretty obvious. The popular deal-of-the-day Internet start-up sells vouchers to restaurants, spas, and other local businesses at major markdowns--and who wouldn't want to score a 100-dollar sports massage for 50 bucks?

But Harvard Business School's Ray Weaver says that what Groupon is up to is much more sophisticated than just offering 50 percent-off coupons. Groupon, along with companies like Apple, Facebook, and Progressive Insurance, is a leading example of firms that are thinking about customers in a new way—much like how a museum curator orchestrates the experience of patrons. Weaver, an assistant professor in the Marketing Unitat HBS, believes that part of Groupon's success is borne of the careful way the company presents wares to its customers: providing a very limited amount of choices at a time, along with a brief, engaging description of each offering. 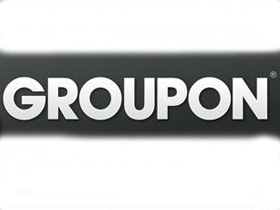 To that end, Weaver is exploring the idea that many consumer-centric web-based businesses would benefit from acting more like museum curators.

"Many museums have enormous collections, so the possibilities are nearly endless," he says. "And most museum patrons don't know anywhere nearly enough to make these decisions on their own, and even if they were armed with some relevant information, most don't have the time or inclination to pore over it. So while we sometimes think that particular curators have missed the mark, in general we understand the role and appreciate that an expert who functions as our decision-making proxy makes for a much better museum-going experience."

Weaver argues that web-based businesses would benefit from such expert curators. On the web, options for products, services, and information are virtually endless, too. It's daunting for customers, and there's an increasing body of academic research showing that the public responds positively to limited choices. (For instance, a recent paper demonstrated that smaller menus are generally preferable to big ones.

But like museums, these businesses must go beyond simply limiting choices, Weaver says. They must present their wares in such a way that the consumer understands and appreciates the limitations.

"Curators don't just put the stuff out there. They make choices about which pieces to put next to other pieces, and put little plaques next to them explaining why you should care," he explains. "They educate their 'customers' about what they're looking at. And that is the missed opportunity in many for-profit businesses today."

Product curation, by necessity, requires talent and care. "Most consumers bristle at constraints on choice or heavy-handed guidance about what they should want, even though (ironically) they value it when it's disguised or otherwise presented in a nonthreatening way," he says.

Weaver lists Facebook, Apple, and Progressive Insurance as other examples of successful curators. In the case of Facebook, he argues that the social media giant is wildly successful in part because it exacts precision over how users display their content—a welcome change over the Wild West of the World Wide Web.

"Of course it's true that Facebook became popular because it's really good at helping friends connect," Weaver says. "But I think a big chunk of the value of Facebook has little to do with social media, but instead flows from the control that Facebook exerts over the environment. In many ways Facebook is taking over big chunks of what we used to do using more open technologies: web search, content consumption, even e-mail. Increasingly, Facebook is valuable to many people because it represents a more orderly alternative to the web. It's a controlled environment, a structured environment. It sets the rules."

Apple, meanwhile, has made an art form out of curation, not only by limiting its product line but also by providing quick, clear explanations--starting with the way the company names its products. Consumers who visit Sony or Dell in search of a new laptop may be confused by the bevy of choices and model numbers like "XPS 15x" and "VPCSB190X." But at Apple, they have only two aptly named laptop choices: the MacBook Air, which is lightweight and geared toward consumers, and the MacBook Pro, which is targeted toward heavy-duty users. Apple's phone and tablet choices are limited to the iPhone and the iPad. Making such pro-consumer choices may be why Apple, according to recent media reports, has more money in its coffers than the US Treasury.

As for Progressive Insurance, Weaver lauds the company's decision to provide a comparison-shopping application on its home page, so that consumers can compare Progressive's quotes with estimated quotes from competitors. In doing so, Progressive informs some customers that Progressive's product may not be the best choice for them. Indeed, curators run the risk that customers will exploit the curated information, only to buy from a competitor in the end. But Weaver stresses/argues that the reward outweighs the risk in the form of goodwill, and that good curation requires honesty.


"Progressive provides a trust-based service," he says. "A big part of what you're buying, a fair and expeditious claims process, is something you might never use. And it is very difficult to evaluate in advance. Because of this, Progressive benefits a lot more from its curation—showing competitors' prices—than would a company whose products and services are easier to evaluate. Call it enlightened self-interest. I don't think we can expect manufacturers and retailers to change in ways that will harm profits, even if it benefits customers. But most consumers are happy to pay a fair or even premium price for products and services that really suit them. If companies are smart about this, the increases in profits from new and more satisfied customers can more than offset losses from helping some customers realize their best fit is elsewhere."

The best salespeople in brick-and-mortar shops are natural curators (and docents), guiding customers toward the wares that best suit their needs, and away from the wares that don't. But on the web, customers depend on community review sites like Yelp.com where anyone with an Internet connection can post an opinion of or a story about any given product or service. Customers often find honesty in such crowd-sourced reviews, but they'll rarely find the expertise of an in-house curator.

"The informed opinion of one expert who is motivated by a legitimate interest in assisting customers is often superior to the collective reviews of dozens or more user-customers," he says.

"Occasionally an organization does a great job of articulating what it does and whom it's good for, and has the courage to acknowledge explicitly the kinds of customers who might genuinely be better off elsewhere," he says. "This combination is rare but very powerful: an acknowledgment that we can't be all things to all people; a clear and unapologetic vision for and articulation of what we do stand for that dictates business practices throughout the organization; and a genuine interest in helping potential customers figure out if what we're selling is right for them.

"When you experience this as a customer, the benefits can be huge, and it can create fierce loyalty and lots of value all around."

Note To Readers:
The idea of the firm as curator is a nascent one, and Ray Weaver's research on the subject is still in its early stages. To that end, he'd like to hear from consumers and business practitioners—those who agree that curation is necessary, and those who don't. If you'd like to help set the stage for future research, please consider the following questions, and share your thoughts in the comments section: What are the benefits and the pitfalls of a firm taking on the role of curator in its marketing functions? What are some e-commerce situations in which curation might not be the best approach? As a consumer, where do you currently go to find helpful information about a product or service?

Tweets by @forbes_india
Medicines For A More Moral Society?
Why Microfinance Is A Different Kind Of Finance