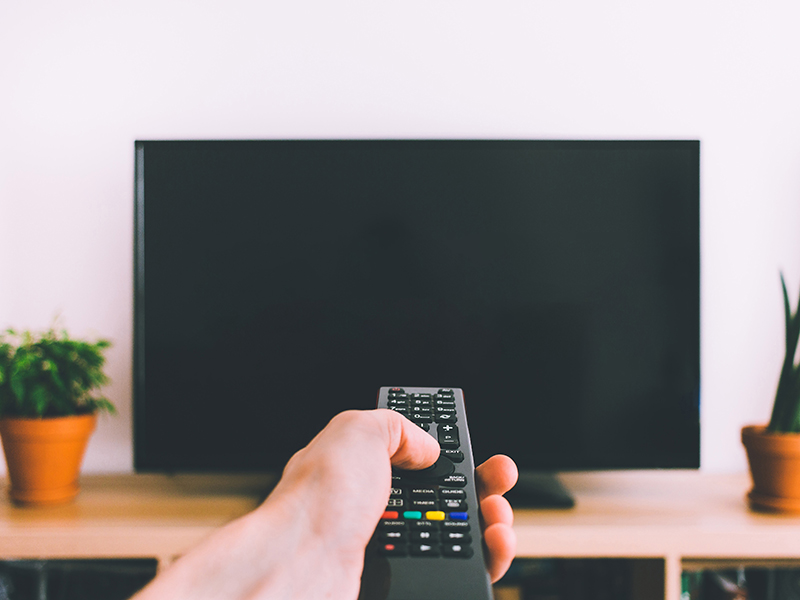 Image: Shutterstock
The mania around ICC Cricket World Cup 2019 is turning out to be a windfall for television makers in India. Television sales have risen 25-30 percent since the first week of May.

The world cup tournament will be held from May 30 to July 14 in the United Kingdom, and India is among the strong contenders for the title.

Industry players say that there has been a good demand for televisions in the 32-inch plus segment, despite such products being taxed at 28 percent under GST. Televisions up to 32 inches are taxed at 18 percent.

Manish Sharma, the president and CEO of Panasonic India and South Asia, said that they were witnessing a pent-up demand for high-end TV screens that was giving a boost to the overall TV sales.

“Panasonic has been receiving a strong growth momentum from the 4K segment that has contributed about 10 percent to the overall TV value growth last year. Following this trend, we are targeting a 25 percent growth in sales during the World Cup 2019 fuelled by the large screen sizes of 55 inches and above,” he added.

According to Pratyush Chinmoy, Head of Marketing - Mirc Eectronics (Onida), televisions sell the most during the world cup, and the trend will be no different this year too.

The company has started giving special offers during the world cup, which include promotional offers on some models and cashbacks for customers.

“We have a 360-degree marketing plan, with promotional trip offers to our huge dealer segment. We also have an extended warranty offer on LED TVs. Further, there is also a ‘World Cup Finance Offer' in which customers can avail easy EMIs, discounts and cashbacks,” added Chinmoy.

Sales have risen in both offline and online channels for the companies. Consumer durables firms said customers from smaller towns had been aspirational and been heavily taking no-cost EMIs from non-banking financial companies to buy large-screen TVs.

Avneet Singh Marwah, CEO – SPPL (exclusive brand licensee of Thomson in India) said that Thomson TV was expecting a jump of 20-25 percent in the world cup sales. If India reach the knockout stages, the numbers could be even better, he added.

“The new 32-inch smart LED TV is now 40-inch smart LED TV and 50-inch LED smart TV. We have seen that online customers are shifting towards the bigger size panel. We will see a trigger in 4K TVs as well,” he added.

While a lot of audience is also moving to OTT platforms like Hotstar, even those customers are switching to smart televisions to have a better viewing experience, as per Marwah.