Only available for beta users currently, Truecaller could later introduce video calling too 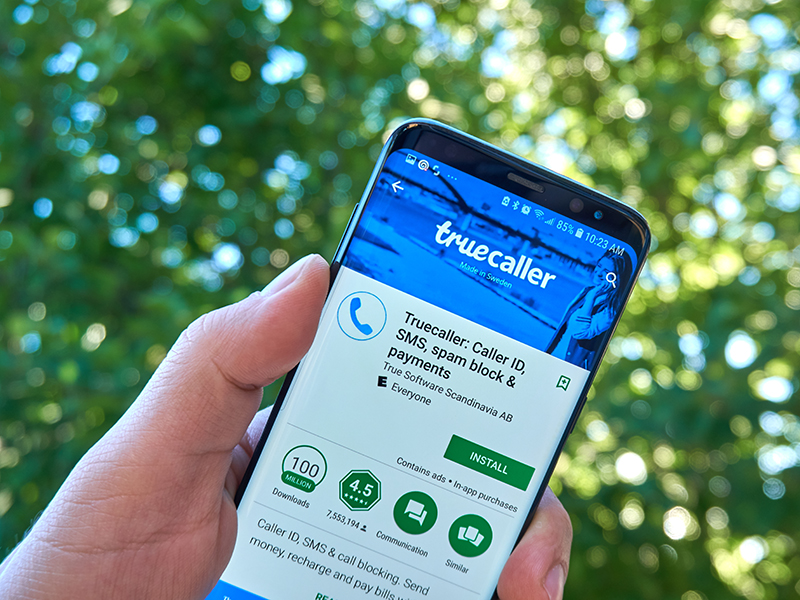 Image: Shutterstock
Truecaller kicked off its journey as a caller ID service but for the past year, it's been trying to be a lot more. The Sweden-based company has been aggressively entering new spaces and is attempting to be what some may refer to as a super app. From digital payments to instant messaging, Truecaller has mushroomed into a one-stop communications shop.

But as you might notice, there's a piece missing from that puzzle - audio and video calling. Well, it seems like Truecaller is set to add that as well. On the app's latest beta build (version no. 10.31.6) for Android, Truecaller has brought its own implementation of audio calling. The feature arrives as Truecaller does away with the long-standing Google Duo integration which allowed users to instantly fire up video chats.

The update appends a new Truecaller Audio shortcut in a contact's page besides the usual phone button. Tapping it will let you call up the other person through Truecaller. Of course, the person on the other end will need to be on the most recent Truecaller version. These calls will sync with the rest of the call log as well, given you're employing Truecaller as your primary phone app.

In addition, for now at least, the functionality, as well as the interface, are largely barebones and it doesn't have a video option. Since Google Duo is no longer present on Truecaller, we expect video calls to land soon enough too.

In our brief testing, calls on Truecaller Audio were surprisingly crisp and clear despite it being in preliminary stages. However, it remains to be seen whether that will hold true for weaker connections - something at which both Google Duo and WhatsApp excel.

Truecaller Audio pairs well with the company's several recent ventures. Apart from screening calls, the app today can show you if a contact is on an active call, you can switch between SMS and IM, send flash messages, and much more. It's worth noting, though, Truecaller still displays quick links for other communication platforms such as WhatsApp and Telegram.

At the time of writing, Truecaller Audio is only available to Android beta users. Therefore if you'd like to try the feature, you can sign up for the early access channel from the Play Store. To do that, tap the Play Store icon and go to the Truecaller listing. There, scroll down until you find the Join Beta button. Hit that and wait for an update.

From what we can tell, it's not a server-side rollout. Therefore you should be able to get it by simply installing the version. Since it has just begun to roll out, the public update will most likely take a handful of weeks.

We've reached out to Truecaller for the release date and will update the story accordingly.

As out of the 140 million daily users, 100 million live in India, Truecaller Audio is an obvious step for the company. Unfortunately, those are all the numbers we have. Hence, it's unclear how many of Truecaller's users are using it beyond its caller ID abilities - which itself doesn't require them to open the app at all once they're through the setup process. With this avalanche of updates, Truecaller is also running a risk of cluttering its main app that is already suffering from performance issues.

Another criticism Truecaller has been unable to escape is privacy. When it launched instant messaging, the company did assure its users by mentioning their chats are end-to-end encrypted. While that probably extends to calls as well, Truecaller will have to be a little more proactive this time if it wants to hammer home the security question.

One other aspect where Truecaller has been a lot more busy of late is revenue. As it steps foot in various sectors, the company has tried to convince its users to pay with new plans. A handful of recent additions were made Premium-only as well in a hope that customers would subscribe. Back in February, Truecaller said there are now over half a million premium subscribers but that's even less than 1% of its total base.

Therefore, it's safe to say more than the competition, user perception is hampering Truecaller's new set of features to soar. Whether in-house audio and video calls change that, we can only wait and watch.