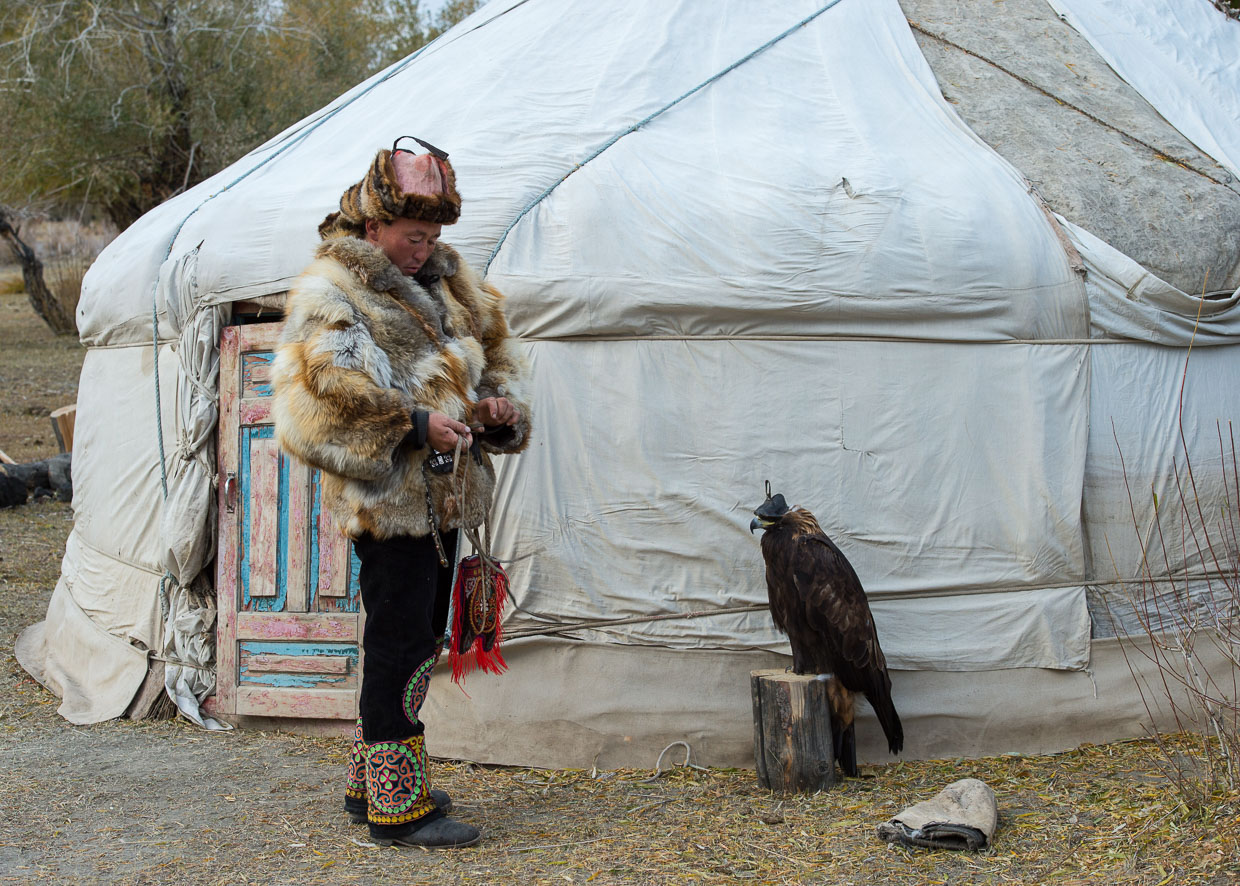 11/14
Mongolia
A Kazakh eagle hunter with his golden eagle at a ger, a portable dwelling near the city of Ölgii in western Mongolia. The Kazakhs of western Mongolia are known for hunting with eagles, and each year, between February and April, around 200 families make the 150 km trip across the Altai Mountains, in temperatures of up to 40 degrees Celsius on their spring nomadic migration, that happens annually.