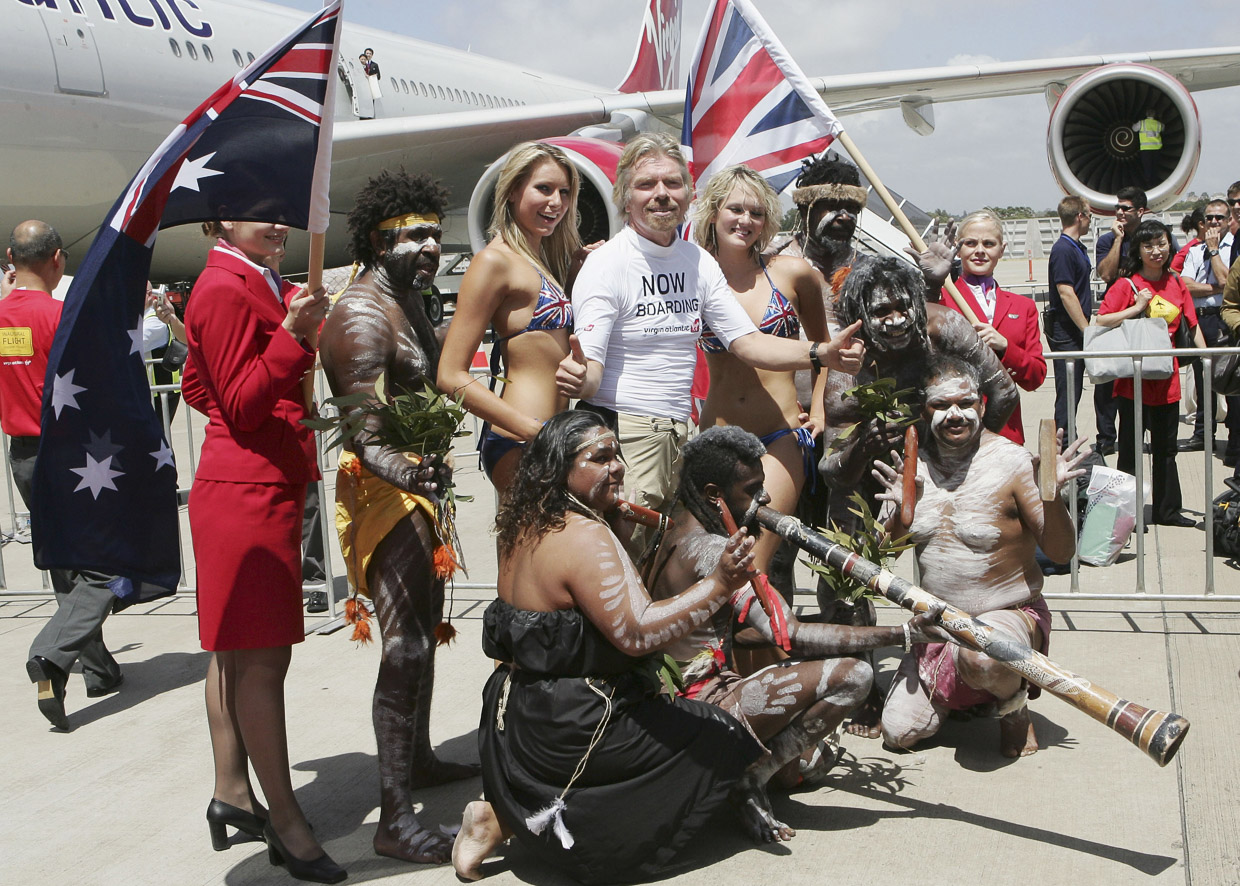 4/14
Australia
Aborigines were lined up to welcome British businessman Richard Branson when he arrived to launch his Virgin Atlantic airline venture between London and Sydney at Sydney Airport in 2004. Aborigines were victims of slavery and massacres by colonists, leading to an alarming decline in their numbers. Reconciliation between non-indigenous and indigenous Australians has increasingly become a significant issue in Australian politics.