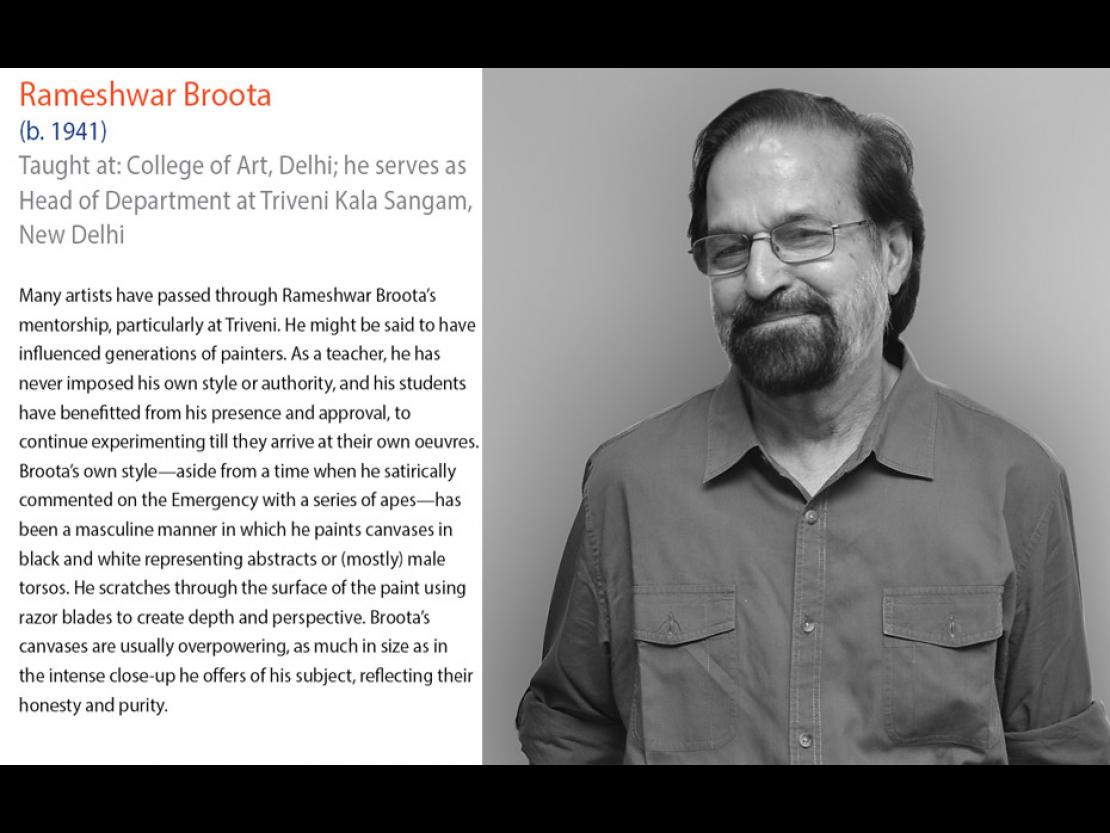 15/24
Rameshwar Broota
(b. 1941)
Taught at: College of Art, Delhi; he serves as Head of Department at Triveni Kala Sangam, New Delhi

Many artists have passed through Rameshwar Broota’s mentorship, particularly at Triveni. He might be said to have influenced generations of painters. As a teacher, he has never imposed his own style or authority, and his students have benefitted from his presence and approval, to continue experimenting till they arrive at their own oeuvres. Broota’s own style—aside from a time when he satirically commented on the Emergency with a series of apes—has been a masculine manner in which he paints canvases in black and white representing abstracts or (mostly) male torsos. He scratches through the surface of the paint using razor blades to create depth and perspective. Broota’s canvases are usually overpowering, as much in size as in the intense close-up he offers of his subject, reflecting their honesty and purity.