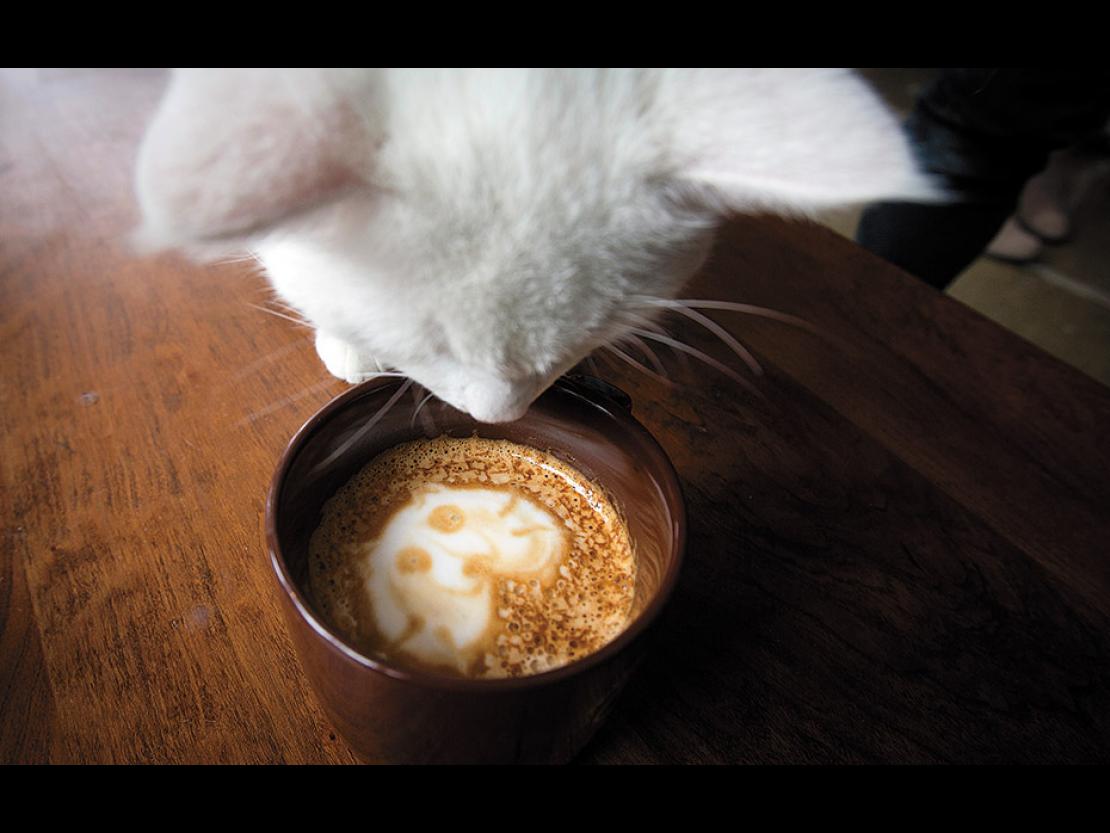 1/9
Cats have had a tumultuous history; they were revered and awarded divine status in ancient Egypt only to be knocked off the pedestal by the Middle Ages to become villains, familiars of witches and symbols of all things evil. So brutal was their fall from grace that by 1484, the Vatican, under Pope Innocent VIII, condemned to death all cats and their humans. It took centuries for cats to improve their image, but they’ve done it with a precision that would make Napoleon proud. They’ve used every tool at their disposal to improve their brand image, especially the internet.

Politicians and pundits can learn from the cat propaganda machine that has taken over the internet. The net has become one huge playground for cats. Videos of kittens, grumpy cats, angry cats, cat vs dog are drawing in millions of hits and internet traffic. It’s no surprise then that their virtual popularity is being mirrored in real life.

The first cafe to be marketed as a cat-friendly place opened in 1998 in Taiwan. It’s a place where people who don’t have pets play with cats while enjoying a cup of tea or coffee. The phenomenon spread to Japan, but never caught on with the rest of the world. The internet then was still young, and the cats were playing a canny game. But now that they’ve established a firm hold over the virtual world, they’ve trained their gaze offline too. Since 2012, cat cafes have opened in Dubai, South Korea, Malaysia, Thailand, Austria, the UK, Hungary, Germany, Spain, Russia, France, Italy, Lithuania, Australia... you get the picture.

A Cat’achino in New York
America’s first cat cafe was a pop-up promotional cafe at Bowery in Lower Manhattan. Sponsored by the cat food company, Purina, the cafe’s most popular product was Cat’achino—a latte with a foamy topping that resembled a cat’s face. All cats were up for adoption