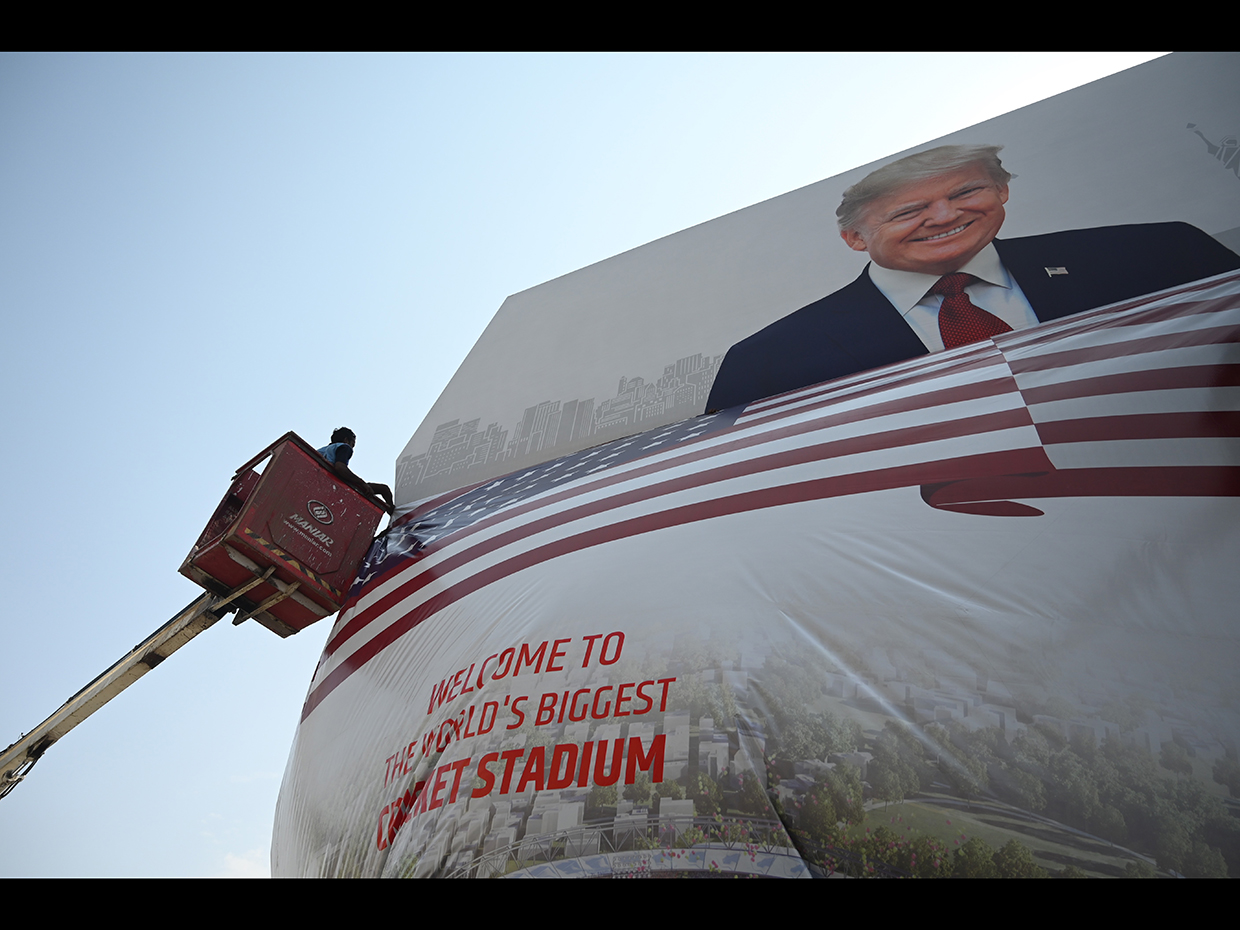 Image by : Photo by MONEY SHARMA/AFP via Getty Images

Workers placed a US national flag under a billboard displaying a picture of US President Donald Trump outside the Sardar Patel stadium in Ahmedabad on February 23, 2020, in preparations ahead of  Trump's first official visit to India. Trade ties between the United States and India have long been problematic but under "America First" President Donald Trump and "Make in India" Prime Minister Narendra Modi, they have worsened. While eclipsed by his trade war with China, Trump's tussle with India, and New Delhi's prickly reaction, has made a major pact unlikely during the American President's visit to the world's fifth-largest economy from February 24.