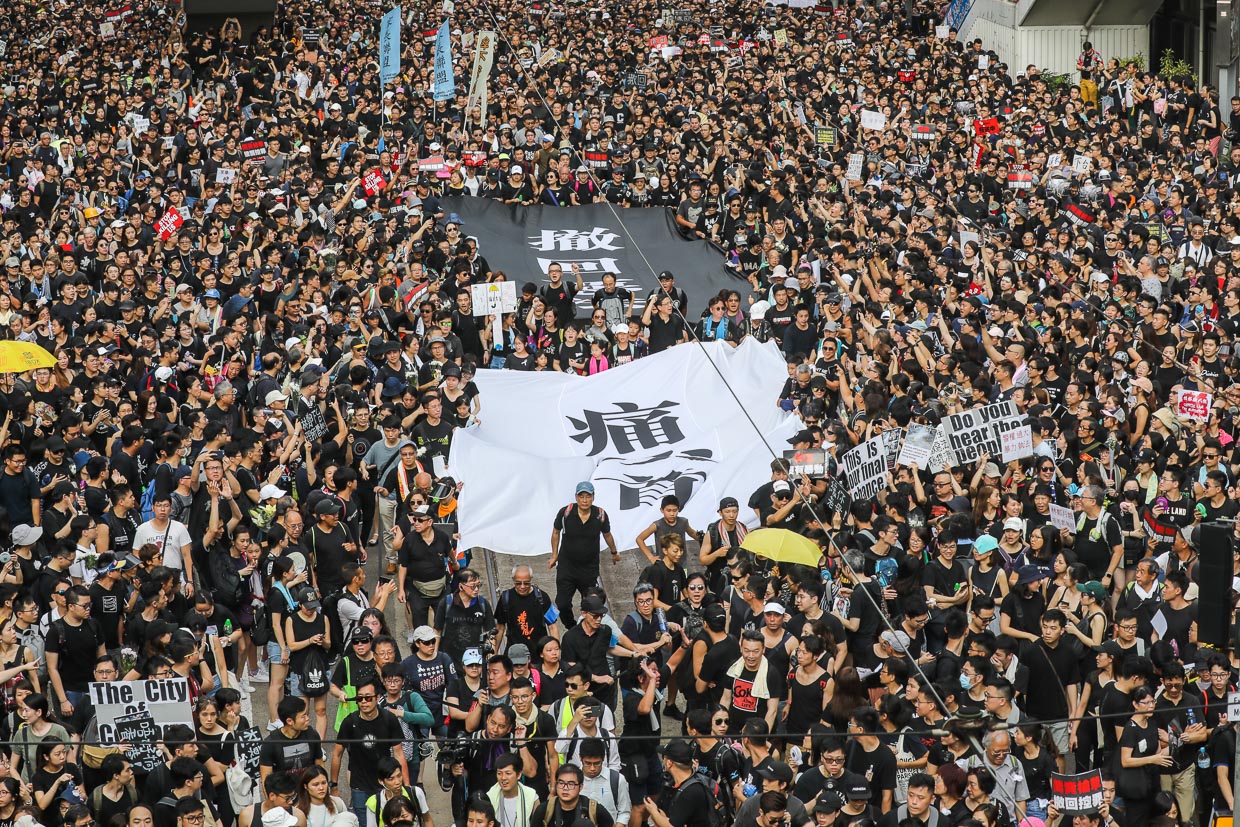 Protesters march to the Central Government Offices in Hong Kong, calling on Chief Executive Carrie Lam to resign, after flooding the streets for days, protesting against the city’s proposed extradition treaty with mainland China. The reason: If the bill becomes law, it can be misused by Chinese allies to extradite political refugees. And there are many in Hong Kong.