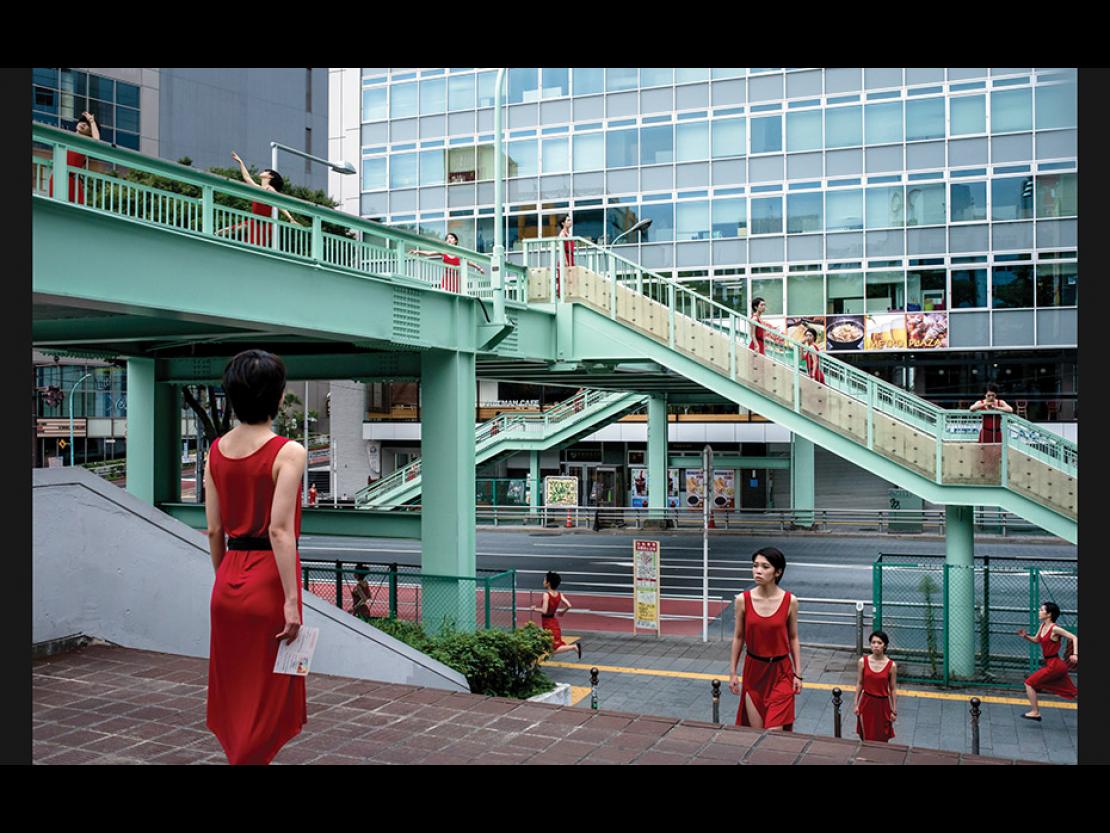 1/8
Urban Dance
“I’m hungry.”
“Let’s go out for lunch.”
“I have some work to hand in.”
“Well...”
“It looks like it’s going to rain.”
These are the voices of our various selves. Maybe, somewhere, a completely different version of your self exists, but it’s not really yourself. In theatre, there is a style known as ‘monodrama’. It usually involves just one actor, playing one character.
I began with this method, but I decided to push it further. I wanted to explore the meeting of many such singular selves. What kind of world would it be if there were many singular selves, together? I was curious.
I embarked on a project that incorporated graphic design and theatre into my usual photographic practice. I wanted to harness the expressive power of theatre in a still image. And show that there might be a past out there that is different from ‘your’ now. But that’s because those other selves were not selected. Your other self might be in its own ‘now’, somewhere.

About the photographer
A graduate in law, Japanese artiste Daisuke Takakura has worked as a designer, actor and photographer. A finalist at the 2014 LensCulture Visual Storytelling Awards and the 2014 Emon Award, Takakura had a solo show of Monodramatic in Tokyo.