How conversations around social issues shaped this decade 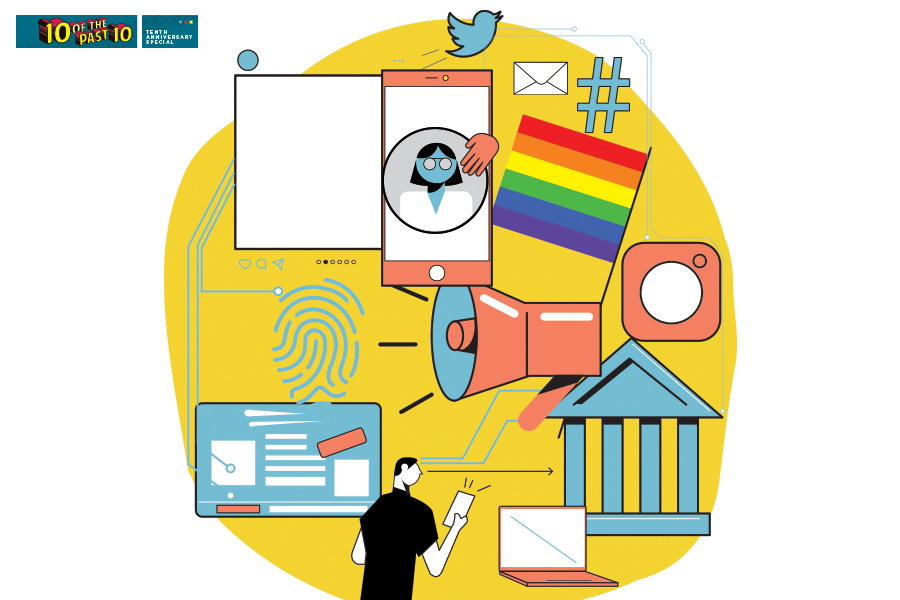 Fought mostly on social media, India’s #MeToo movement brought the establishment to its knees. While skeletons tumbled out of corporate cabinets, noted journalist-turned-politician MJ Akbar had to step down as Union minister after a raft of allegations surfaced against him. Akbar has now filed a defamation suit against the journalist who first called him out on social media. The case is being fought in a Delhi court. Despite the outcome, there’s no denying that it signifies a key step for women looking to reclaim their space. This, and many other issues, have thrown open debates in the past few years, bringing about a paradigmatic change in social conversations.

According to senior advocate Indira Jaising, this churn was in the making for many years. “What you see as an issue has been in the making for the last 10-20 years, so I don’t agree that these issues were not relevant ten years ago... they were pertinent 20 years ago. It is just that now actions have been taken as everyone is becoming more aware,” she says. A lot of social issues are yet to come into the limelight, she adds. “In future, there will be issues relating to technology, freedom of speech and expression, the integrity of the Constitution of India and the way the legal system is functioning, is it functioning for the people or not, I think more and more people will begin to understand injustice by the executive… and also cleaning up of the judiciary is likely to become a big issue.” Forbes India looks at some of the issues through the eyes of those who fought for them. Decriminalising homosexuality
On September 6, 2018, the Supreme Court lifted a ban on gay sex, reading down the centuries-old colonial-era Section 377 of the Indian Penal Code. In its judgment, a five-member bench of the court said: “The right to live with dignity has been recognised. Sexual orientation is a natural phenomenon determined by biology and science. Any discrimination on this basis is unconstitutional.” Keshav Suri, executive director of Lalit Hotels, and one of the petitioners who challenged the law, says:
Reading down of Section 377 is a significant step, but the road to equality is still a long one. There is better awareness about issues plaguing the community and with knowledge, more and more people are coming around. Corporates are understanding the importance of inclusion. It is imperative for a workplace to be diverse and inclusive so that its employees can be 100 percent productive. Inclusion promotes security and security promotes openness. I think the intent is there, especially after the judgment. Companies abroad have made huge progress in this sphere, but the same companies are sitting quietly here. Having said that we admire companies like IBM, Accenture, Barclays, RBS, Goldman Sachs, and so on for the work they have done in India. We need LGBTQ-centric policies to come to the fore. Even though many organisations may claim to have a diversity policy in place, it is important to demonstrate it. The policy can only come to life when we take affirmative action and hire from the community. The future has to be equality and equal citizenship. We cannot be considered fringe people anymore, we need to be on an equal footing with our heterosexual counterparts. We are here and we are queer, get used to it. Right to Privacy
On August 24, 2017, Right to Privacy was deemed as a fundamental right under Article 21 of the Constitution. However, this verdict won’t have a bearing on Aadhaar as the government clarified that it didn’t bar citizens from sharing biometric details. Rahul Matthan, partner, Trilegal, and author of Privacy 3.0: Unlocking Our Data Driven Future, says:
If you think about privacy as a concept, Right to Privacy has only become relevant once we became dependent on data. Because digital data gives you information about a person that is permanent and searchable, it makes a big difference. Digital record-keeping in the US and Europe has been around since the 80s, similarly in India, it has been there for 15 years... what changed is India’s big data movement that transformed the way in which we think about data and, consequently, privacy. I think the catalyst for this was Aadhaar because even though we collected data for at least 5-10 years before Aadhaar came, all that data was stored separately in digital databases that weren’t too robust. There were a lot of fakes in all databases, digital information was not accurate. This is when Aadhaar was introduced as a reliable form of identity. When the NDA government came, it pushed for it aggressively across multiple services (like linking bank accounts) that have a deep touch point with all of us. Aadhaar is not around privacy, it is more around the fact that there is a linkage. Aadhaar itself doesn’t harm privacy because it collects basic information. #MeToo
Last year, the Me Too movement called out a number of sexual predators from cross sectors like media, entertainment and academics on social media. It also forced the corporates to do more than pay lip service to the provisions of the law on sexual harassment at workplaces. Ranjana Kumari, director and co-founder of Centre for Social Research, says:
After the Delhi gang rape case in 2012, there has been an increase in the awareness level in society and more women have started reporting such incidents. Earlier there was no law, but post the amendments made in the Criminal Law Act of 2013, women have some power to seek justice. The taboo about women being blamed has been broken. At workplaces, the usual perspective would be: “She must be very smart, she is too fancy and she is dressed up in a certain way so she must have asked for it.” There was a time when workplace harassment was a norm, men would feel entitled and would treat women as subordinates. And then blame the woman for it. Now, thanks to social media, women have the strength to stand up. The #MeToo movement has not only raised awareness, it has also given other women courage to come out and tell their stories. Yet, I think there are still a lot of women who are not opening up, fearing consequences.

Tweets by @forbesindia
What's going on with India's automobile sector?
Love for children