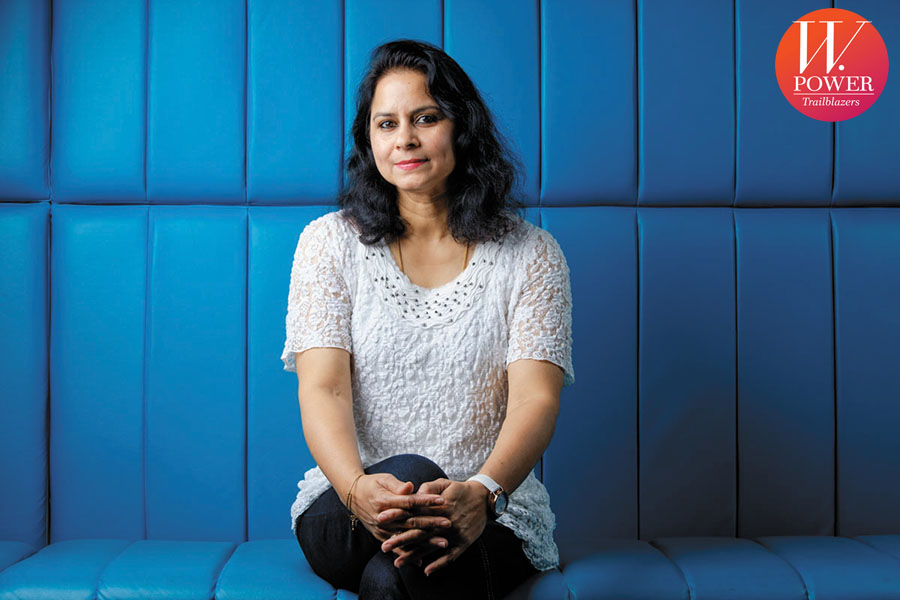 Design did not come naturally to Revathi Kant. From 1995 to 2005, she had handled marketing functions for Titan Industries, including as marketing head, looking after their operations for West Asia and Africa, based out of Dubai. So when she was approached to head Titan’s design studio in 2005, she was apprehensive. “They were considering bringing a non-designer head,” she says, and though unsure, she took up the offer.

Kant’s roles had always been consumer-facing. While she had launched several products she had never gone behind the scenes and worked with designers. But she brought front-end knowledge of business, pricing and consumer understanding, ensuring the design team, then small, created winning products.

“It wasn’t about creating the most beautiful product, but the most differentiated one. It had to be relevant to the market. That’s the big value-add I brought to the team, which was anyway creatively talented,” says Kant, who was the business head of the watches design studio from 2005 to 2010.
Design, until then, despite being a key enabler, was a support function at the company. With her efforts, it became a more integral part of the business. “The advantage was that I was not thinking as a designer, I was always thinking from the business point of view, therefore, the degree of success also increased.”

Kant, who joined Titan Company Ltd at 22 after her post-graduation in Operations Research with Computer Science, has been with the company for 28 years and is now its chief design officer, handling design, innovation and development.

As someone who made a dramatic shift in her career, Kant feels design education should include design management. “Your ability to influence your stakeholder when you create something is very important. To be successful, apart from mastering the skill sets, business sense should be taught to designers. Many designers who become entrepreneurs do not succeed because they don’t have a grounding in that.”

One must also understand, she says, that to remain relevant, the design of a product has to sometimes undergo transformation to keep pace with changing consumer preferences and trends. Take Titan’s Edge, for example. The watch—the slimmest in the world—has had several reincarnations since it was launched 15 years ago in 2002. In 2007, the first Edge collection of simple classic watches was replaced by slightly bigger watches with modern design aesthetics, targeting younger buyers. Then came Edge Skeletal, with its minimalistic design and crafted in titanium, which also made it the lightest in its category. This watch won the 2014 Red Dot Design award. Later, Edge Ceramic became the slimmest watch in a premium material combination of ceramic and sapphire.

Similarly, Titan Raga watches for women went through a revision to suit changing requirements of the Indian woman. What was initially designed as jewellery, is now being transformed into a chic contemporary watch.

With smartwatches coming in, Kant is frank that they have not been the first movers in that segment. “Our future lies in staying true to our DNA, and making our analog watches smart. The convergence of design and technology is the future. We need to add more facets to continue to reinvent ourselves to remain relevant,” she says. To stay abreast of competition, Kant has to ensure that her team is constantly innovating, creating products that are aspirational yet affordable. “These are all opposites coming together. You’ve got to be much lower in price but your quality has to be great,” says Kant.

After being in the watch business for 20 years, in 2010, Kant moved to Titan’s jewellery brand Tanishq, which is the largest division of the company, as head of design, innovation and development. It was a larger portfolio, but again, though she knew little about jewellery, she brought in her understanding of business.

In December 2017, Kant was elevated to chief design officer, and is in charge of the Design Excellence Centre that caters to the design needs of the entire organisation across categories, with a design team of 70, and separate teams for product innovation and trend research; she is based in Bengaluru. Her role is to understand the business, translate it for her team, take strategic calls and define the design directions. She continues to bring in the marketing perspective before the product goes out to the customer.

“When we started 30 years ago we were one brand, one category.” Today the company boasts a portfolio of many brands in watches such as Titan, Sonata, Fastrack, Xylys, Zoop among others. In jewellery, there is Tanishq, Zoya (a luxury brand) and Mia (jewellery for working women). “We are creating a lot of new products as that is a key driver for all our businesses.” says Kant.

“What is so impressive about Revathi is the wholesomeness she brings to the job. First and foremost, she is quite committed to the form+function aspect of design and pays as much attention to ergonomics and durability as to style,” says CK Venkataraman, CEO, Jewellery Division, Titan Company.

He adds that she sets very high standards for herself and her team on originality and quality. “She has an exceptional business focus and has brought price-pointing and profitability into the consciousness of every design team member. With all this, she has brought design into the centre of Tanishq’s strategy where you simply cannot think of Tanishq today without thinking of design.”

Tweets by @forbes_india
Shikha Mittal: Confronting sexual harassment head-on
A dreamer who achieved what she dared to dream