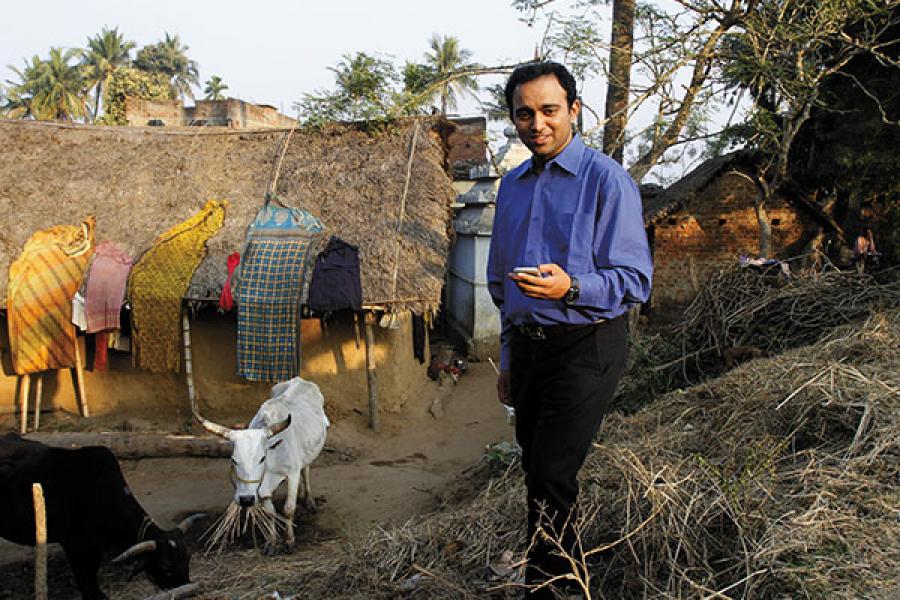 Dr Saurav Das admits that he was a “nerd” during his teenage years in school. “I was a child scientist and participated in the Indian Science Congress in the ninth grade,” he says, a little sheepishly. The paper he presented explored scientific ways to revive indigenous medicines. “I have always been motivated by science and I am in awe of innovation,” says Das, who currently works in the emergency medicine and neurology departments at Amri Hospital, Bhubaneswar, Odisha.

All through his medical career, his fascination with health and his drive to innovate never wavered. Today, at the age of 27, Das is the co-founder of NewDigm, a Chennai-based company that’s attempting to bring better antenatal and postnatal care to rural India through technological advancements (apps, diagnostic aids and health monitoring systems) and outreach programmes. It also facilitates health care for children under the age of five.

But NewDigm, which Das started in 2010 with his childhood friend Satya Siddhartha Parija and two other entrepreneurs, is not a charitable organisation. The company develops clinical decision support technology (it could be data analysis software or an application that helps rural health care providers make more informed decisions) for government-run health programmes and NGOs.

The company broke even in 2013, and Das hopes to make his startup a profitable enterprise within the next six months. To date, NewDigm has tied up with 15 health care centres in rural Tamil Nadu, Kerala, Madhya Pradesh and Bihar. For Das, it is the perfect platform to integrate health and technology, which was his goal even as a medical student.

In 2006, he enrolled in Stanley Medical College in Chennai with the aim of pursuing research and development. Much to his chagrin, he learned that the Indian education system was agnostic to innovation. “It was underplayed even in medical school,” says Das.

Undeterred by the lack of support, he designed a “neuro-psychometric tool for the diagnosis of liver diseases” in his second year of medical college, which earned him an invite to the International Liver Congress in Copenhagen, Denmark. “When I returned from Copenhagen, however, my professor told me that undergrads did not undertake research. I thought to myself that this had to change,” says Das, who later published a paper on his research in a peer-reviewed science journal.

His experience as a third year student (in 2009), when he was assigned to intern at Nemam and Thirunindriyur villages near Chennai as part of the compulsory rural posting programme for students, helped determine the foundation of what would become NewDigm. “I saw that at any given time, there were about 500 patients waiting outside a public health centre. There were no doctors and there was only one village health worker,” says Das.

His time in rural India convinced him of the urgency to use technological tools to help doctors make better diagnosis and reduce their patient load. “My professors didn’t warm up to the idea. They said that machines can never replace doctors,” says Das, who was 21 at the time. But he was bolstered by his research, which showed that India had only 0.6 doctors for every 1,000 people in the country. Two-thirds of the population did not have access to specialists, and a third had to travel at least 30 km to reach the nearest health care facility. “This was done in 2010, but very little has changed even today,” he says.

Das also realised that village health workers played an important role in primary care centres. “The right tools and technology could empower them to take some decisions, thereby reducing the patient load on doctors,” he says. This time around, he shared the idea with his friend Parija, who graduated from IIT Madras in 2009. “Saurav wanted to make a mobile application to provide clinical decision support,” says Parija. “I would say he was ahead of his time because back then such apps had not taken off in India.”

Parija roped in IIT Madras graduate Gurlivleen Singh Grewal and his friend Dr Srinivasan R, and the team of four decided to work towards Das’s goal. Funding was a challenge. But Das believed that once investors saw the team’s prototype of a diarrhoea diagnostic tool—one even a rural health worker without a medical degree can use—funding would come in.

He was right. The prototype won an award at Shaastra, the annual IIT Madras Techfest. “We built a small battery-operated hardware device, which had a circuit board with two buttons that said yes and no.” There were five questions about diarrhoea and with the help of those questions, the user could find different classifications of the disease, and accordingly follow the best course of treatment.

It caught the attention of the National Rural Health Mission of Tamil Nadu, which provided the team with Rs 7.5 lakh to develop a similar solution for maternal and child health care. The team recruited other physicians, paediatricians and a few engineering students to build a mobile-based decision support system. The result was ‘Amrita’, an application that allows workers to record the medical history of patients and basic physical attributes, and thereby help improve the diagnostics process.

With Tamil and English versions, the Amrita application adheres to protocols (guidelines for diagnosis and treatment) laid down by the World Health Organization. In 2010, Das conducted field trials in Nemam and Thirunindriyur, the same villages he had interned in.

“The pilot project was a success. The technology helped village health workers adhere to protocols and assisted doctors in making more informed diagnoses,” says Das. “It’s important to note that the software does not diagnose a problem directly. It is a decision support system meant to identify high-risk cases and refer them to a better facility.” For instance, if a person has diarrhea and blood in the stools, it could be anything from E.coli diarrhea to shigella dysentery, which would require further tests. “Our decision support system will classify all of these as ‘Dysentery--refer immediately’. We specialise in risk classification intended to triage the patient,” he points out.

Encouraged by the success of the trial run, he felt the idea could be turned into a sustainable business model. Funding, however, remained a challenge. Das, who was still in medical school at the time, began participating in competitions to garner funds and publicity. “We had a successful trial run, which gave us an edge at competitions. We received Rs 1.2 lakh as prize money from a competition at IIM Ahmedabad, Rs 1.5 lakh from Bits Pilani, Rs 50,000 from IIM Bangalore and Rs 15 lakh from Economic Times The Power of Ideas.”

Das, and his three friends who helped create the first prototype of Amrita, co-founded NewDigm in 2010, out of the Rural Technology Business Incubator in IIT Madras. Thenmozhi Shanmugam, who was heading the incubator back then, describes Das as someone who was mature for his age. “I worked with him very closely and was shocked when I learned how young he was, because he had the expertise of someone much older and experienced,” she says.

In 2012, after completing medical school, Das spent some time at the University of California, San Diego. “There, I met teams who were working on clinical decision support systems and they taught me how to build a more robust model than the ones we had developed back home,” he says. Armed with new knowledge and better skills, NewDigm reached out to NGOs and government-run agencies in the health care sector with the intent of functioning as their technology partner. The company now works with health agencies in Tamil Nadu, Kerala, Madhya Pradesh, Bihar and West Bengal with plans to set up base in Odisha and Gujarat.

“The agencies use our clinical decision support system to make important decisions,” says Das. The company has a 60:40 revenue sharing agreement wherever applicable. When implemented through the government system, NewDigm gets a lump sum upfront.

The company has also developed back-end analytics, which allow patient data to be routed to a central server. “Whenever there is internet connectivity at the primary health care centre, data entered on the phone is transferred to a central server,” says Das. The information is used to generate reminders, alerts and help agencies manage health care delivery better. 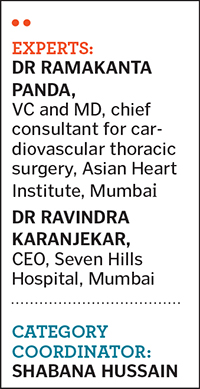 The young doctor’s vision for the next decade is to build similar platforms for other chronic diseases, and even emergency and ICU care for different players at the bottom of the pyramid beginning from patients to health workers and pharmacists to nurses and physicians. For now, NewDigm’s business model depends on tie-ups with agencies, but this may change in the future. Das would like to start small clinics in rural areas. “Until recently, we thought we should stay away from actual implementation. But launching our own clinics will give us the flexibility to treat patients in an evidence-based way,” says Das, who is comfortable being both a doctor and a businessman.

Shanmugam isn’t too surprised by NewDigm’s success. “Saurav is very street-smart, and has always had a flair for business. When I first met him, everyone in the team would either discuss technology or medicine, but Saurav talked business.”