The NDA government has already lost some time in not pushing through the big reforms in its first six months of office - the so-called honeymoon period. After Delhi, the honeymoon is clearly over 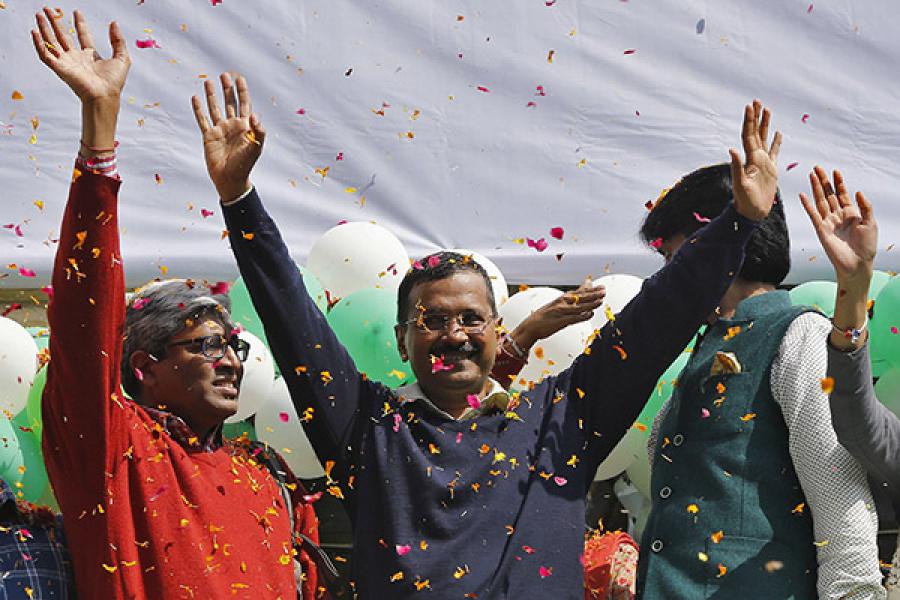 The BJP’s stunning defeat in Delhi at the hands of the Aam Aadmi Party (AAP) should focus Narendra Modi’s government less on politics and more on economics.

If the initial focus on winning state assembly elections was unavoidable since they came one after the other after the Lok Sabha elections, Delhi was where Modi and his party president Amit Shah seriously miscalculated. It should mark a turning point in their thinking.

While Shah should obviously take corrective action on the political front and fix the leadership issues in his party, Modi needs to focus largely on the economy. He can’t leave it all to Arun Jaitley, who appears to be a bit of a steady incrementalist. Elections may be won or lost, but the big election in 2019 will be won or lost only on the basis of his economic performance. 2015 should be the year of big-bang reforms. This is the year to take the big risks politically.

The NDA government has already lost some time in not pushing through the big reforms in its first six months of office – the so-called honeymoon period. After Delhi, the honeymoon is clearly over. But even now nothing is lost, if Modi can just focus on legislation and economic performance.

The budget needs to be super-good on the reforms front, and Modi and Arun Jaitley must stake their all to get key legislation through, especially the Land Acquisition Act. Even if they need to agree to some changes insisted on by the Congress or allies, the Act needs to be given top billing. Else, growth itself will slow down.

The second most important legislation involves allowing private mining in coal. An ordinance already allows for this possibility, but this must be liberalised further and legislated quickly. India can’t afford a coal monopoly.

The third most important legislation is to enable privatisation through executive action – but there is no such legislation currently in the works. If Modi has to find the resources for growth this year and the next, he can find them only by privatising banks and other non-strategic public sector companies. This needs a critical piece of legislation: an omnibus law that allows government to hold a golden share, with voting rights of 51 percent in certain defined circumstances like a national or economic emergency, even if the government divests up to 90 percent of the stock. This golden share concept should be extended to nationalised banks and all public sector organisations. This may need changes in the Bank Nationalisation Act, and various laws relating to the acquisition of public sector oil companies.

What Modi should do is keep a restricted list of public sector companies that will never be disinvested below 51 percent. I can think of a few like SBI, one or two more big banks, ONGC, Indian Oil, and some defence production companies. Even the railways can ultimately be privatised partially, but that fight can wait for another day.

The 2015-16 budget is the most important one since 1991, and the legislations proposed above are absolutely essential for India to hit a higher growth path.

What Modi needs to remember is this: elections can be lost here or there, but the country’s growth opportunities cannot be repeatedly lost by government’s failure to take bold decisions.

India has a positive demographic window for the next decade or two, after which growth will again start to falter as the population ages.

India also has a huge youth population, which is looking for jobs and growth to provide them with hope.

Modi’s election in 2014 and AAP’s spectacular win in Delhi yesterday (10 February) are driven by the same demographics of hope. The young are willing to give parties a huge mandate, in the hope that they can deliver jobs and income enhancements. Their anger will be palpable if they don’t deliver.

This is the message Modi needs to take to heart. He still has more than four years in which to deliver. But he can’t do it if he lets 2015 become yet another year of politics and minor reforms.

To be sure, Modi has worked hard on all fronts, including economic reforms (diesel deregulation, ending policy paralysis, easing rules for business, etc) but the public perception is that he cares more about political outcomes than economic ones.

In 2015, he needs to reverse this. If he misses this chance, he may lose it forever.

(This article was first published on Firstpost.com)