We want to be an AI hub for social innovation: P Anandan

Any technology can be used for good or bad, and one has to prepare for the risks, says P Anandan, CEO, Wadhwani Institute for Artificial Intelligence 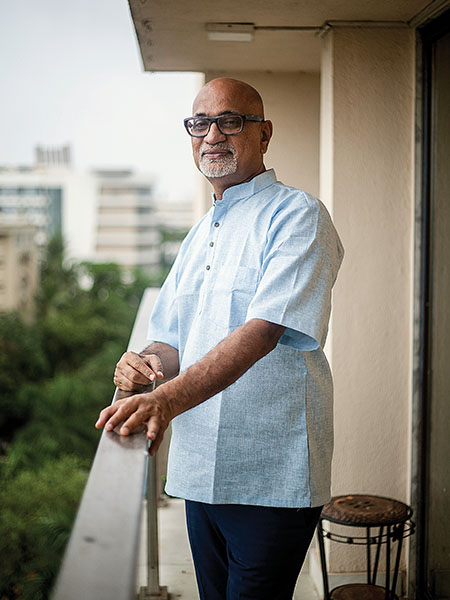 P Anandan says AI will result in job explosion, rather than job losses, at least for a while
Image: Aditi Tailang


In February this year, Indian-American tech billionaire brothers Sunil and Romesh Wadhwani set up the Wadhwani Institute for Artificial Intelligence in Mumbai, committing $3 million each year for the next ten years towards using artificial intelligence (AI) for social good. CEO of the institute, P Anandan, 62, who first got into the field 37 years ago and who has been a professor of AI at Yale as well as headed the Microsoft India Research Lab, speaks to Forbes India about how they plan to use AI in the social sector, the unique challenges the country faces and why a Terminator-like scenario is unlikely. Edited excerpts:

On the areas in which AI has the most potential in the development sector
I think generally people interpret social good in the following way: To help the needs of those parts of society that depend on public and government. Primarily that means people who are underserved, the poorer segments of society, and also public things like public infrastructure, water, electricity and roads come under social good. Broadly speaking, it means things where the commercial business angle is not the primary driving force.

Public health turns out to be one of the most natural areas [AI lends itself to]. Agriculture is another. I am seeing that more and more finance loans, credit... all these things depend a lot on data. Education is more complicated, and there’s infrastructure. Those tend to be the common ones. But there are a number of things like climate change, ecology, wildlife, all of it, even security.

On the institute’s strategy
We are all learning what it means to do AI research in social good. One thing we realised was to do this well, we have to get a few things right. We have to do research on problems that have some societal application. The second is we have to solve problems where AI can actually be of value. Third, we need to look at ways of getting the data needed for training AI algorithms and other resources in order to be able to develop the AI.

There are two other important criteria. We should know how to deploy it in society and this is something research organisations or even most product-making companies won’t know because taking something to poorer communities is much more complex. But there are organisations who make that their life’s mission.

The last thing is we need to find problems that have solutions that are scalable, and in the societal domain, the only entity capable of large-scale operations is the government.

On talent building
We had a meeting with the Mumbai University (MU) department head about creating a data science master’s programme. It’s a programme the MU is going to create and run. But we are helping it design the curriculum and course content.

On what brought him to this role
Technically speaking, AI is a field that is 70 years old. I entered AI in 1981, but in the last eight to ten years it has exploded; a lot of the explosion has happened because of the commercial application that AI has. But if you look at the availability of that AI, it’s limited to about the top 2 billion people in the world. [At the lower end] there’s normally those who we might call poor, but not destitute poor, who are about 3 billion out of which India alone has close to 900 million whose lives are not yet seeing a lot of benefit. So it creates an opportunity for people who want to work in the field, but want to do something special, a new space, as opposed to being where everybody is.

The second thing is India has always been a place where you can do experiments in these kind of domains because India has a lot of need and opportunity; India is also more technologically ready than any other developing country where you can do these things.

On the projects they’ve started working on
In health we are looking at two problems: How can we transform the front line segments of health care and how can we contribute to the TB eradication goals of the government. In agriculture, we have a lot of interest in looking at, especially in Maharashtra, areas like cotton farming. But these things can change.

We are thinking we will have teams of three or four people who grab a problem and start trying to make progress and as we have some initial results, we will work with social sector organisations. Ultimately, the scale has to be picked up by the government.

On working with startups and partnerships
Our approach is primarily non-commercial. However, as we do this, there’s probably going to be stuff that is commercialisable. At that point we may not have the capacity to do that. So we will look for partners who can commercialise the things we do. If you look at the interest in solving these problems, it is not only us, there are startups, scientists in top universities in the world, including India, IITs, also MIT, Stanford, Berkeley, University of Southern California, other places... but one of the things that limits their capacity to go far is how to put it out in the field and that’s not what universities are set up for. So we see them as our partners; we are also looking at becoming a hub for AI for social innovation in addition to doing our own thing. Everything we do we will do in the open, so hopefully it will give an opportunity for other people to leverage on what we have built.

On the flip side of AI
There are broadly two or three kinds of scenarios people make. One is job displacement/losses, then the evil uses of AI and the Terminator scenario where AI takes over. In terms of job losses, I tend to be an optimist. Yes, there will be certain types of jobs lost and interestingly they will be those that we thought previously were secure. Like more high-tech kind of jobs. Because the purpose of intelligence is to do intelligent things. However, AI is nowhere near being that kind of autonomous. And AI has to be trained and used and things like that. There will be a shift in jobs. I think like every other industry, some jobs go away, but a whole new set of jobs are created and at least for a while you’ll see job explosion rather than job losses.

In terms of evil AI, any technology can be used for good or bad and this is no different. In terms of the Terminator scenario, I don’t think we are likely to let it go out of control. If somebody can do it, somebody can fight it as well. At the same time, there are risks, and we have to be prepared.