An insight into the complex world of transportation 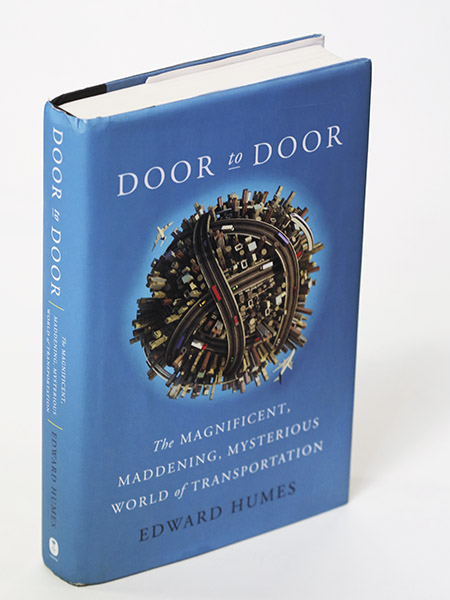 Transportation in our lives doesn’t start with the daily commute. It starts much earlier, with the morning alarm. From the first cup of coffee to the pair of boxers in the drawer, there is transport embedded in our lives. Far, far more than at any point in history.

In Door to Door: The Magnificent, Maddening, Mysterious World of Transportation, journalist Edward Humes explores the world of the movement of goods and of people, and how we have reached a point where we think nothing of clicking online to buy a product with same-day delivery, or pop open an aluminum can of beer or soda that has massive amounts of transportation embedded in it, from the mining of the metal to the final product.

But let’s start with the alarm on the smartphone, something that has become ‘the Swiss Army knife of the world’, displacing a host of specialist devices, from music players to cameras. While phones, besides allowing multi-tasking, also reduce transportation (think bill payments, mapping apps that help people share means of transport and find parking space), here are some numbers (in the US) to ponder on: It takes about 12,000 miles to get all the components of just the iPhone’s home button to get to the place where it is assembled. Add it all up, including the mining and refining and transport of all the materials and parts, and you are looking at “a transport footprint at least as great as a 240,000-mile trip to the moon, and most or all the way back”.

Humes—whose earlier book Garbology was an investigation into trash—goes on to talk about the humble shipping container, one of the three big disruptions that transformed the consumer goods industry and spawned a transportation revolution. Earlier, cargo holds were loaded with boxes and crates in various shapes and sizes, a vast jumble that was inefficient and labour-intensive. Then, along came the breakthrough: A steel box that could be packed with anything and everything, from TVs to coffee beans. “In retrospect, the idea seems so simple, so obvious: Put everything in identical big metal boxes the size of semitrailers, stackable and uniform… design ships and docks specifically to accommodate them, and then sit back and watch the world change.”

The container transformed global trade, so much so that we think nothing of goods from across the world in our stores and the miles they travel. But go a step further: Freight trucks delivering en masse to stores as against individual deliveries to homes—you do the mile math.

Though Humes doles out plenty of numbers, it doesn’t feel like it. The statistics all through are fascinating as he talks passionately about safer, driverless cars, about technology, the journeys of all the things we take for granted, and of how ports and trucks and delivery companies are using every bit of technology and trick known to them, so that they ensure that last-mile delivery. While the research is US-based, the book gives an insight into the complex world of transportation that applies globally.  “The door-to-door system created the modern consumer economy. Now it’s breaking the world,” he says, adding that we are at a fork in the road, and we have to make the correct turn. Because the fact remains that the hidden side of our commute—the flow of goods—has become so huge that it might soon become impossible to sustain.

Tweets by @forbes_india
30 Under 30: How Swiggy's co-founders changed the face of food delivery
The other Goa