The story of recorded Music 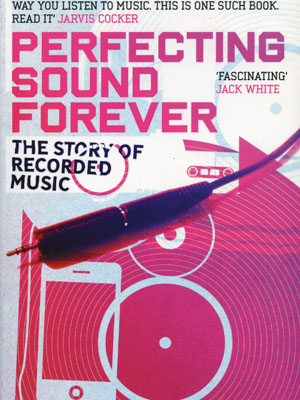 Obsessions drive the human race. For centuries people have tried to find a philosopher’s stone to turn metal into gold. For almost as long they’ve tried to find an elixir for eternal youth. Comparatively more recent, but equally intense, has been the quest for Katrina Kaif’s mobile number. Ranking along these gruelling quests has been the need to faithfully and eternally record the human voice and music.

It began with the phonograph, then came the gramophone and then magnetic tapes. Compact discs displaced the tapes and were edged out by audio files. Each era was guided by a key question: How do we know that the “captured” sound is exactly what the original sounded like?

It is a question that vexed Thomas Edison. On September 17, 1915, he decided to solve it by inviting a bunch of people to Montclair Club, near New Jersey, to listen to a singer, Christine Miller. A man from Edison’s company played a recording of Miller’s “O Rest the Lord”. Miller sang along for a while and then stopped. She continued with this routine, forcing the people to check if her lips were moving. Then the lights were switched off as the song continued. When the lights were switched on, Miller was smiling while the phonograph played. People were sold onto the idea that recorded music could be as good as the orginal sound.

Perfecting Sound Forever recounts many such tales. It puts into perspective the analogue versus digital debate (better known as the LP versus CD debate). It talks about how Philips and Sony combined to develop the CD standard. And how Sony sent CDs to US radio stations to establish the CD as the dominant standard.